LGUs must jab 80% of residents – Concepcion

by currie cator
in COVID-19
Reading Time: 3 mins read
A A
464
SHARES
1.8k
VIEWS
Share on FacebookShare on Twitter

Local government units (LGUs) must aim to inoculate up to 80 percent of their populations to prevent future lockdowns, Presidential Adviser for Entrepreneurship Jose Maria “Joey” Concepcion 3rd said on Sunday.

Concepcion said imposing restrictions on the movement of unvaccinated people in public areas, like malls and restaurants, can only be possible once the mayors are able to jab 70 to 80 percent of their constituents.

The Go Negosyo founder said creating bubbles, or exclusive zones, for fully inoculated individuals will “enable certain places to be lockdown free” and give businesses the chance to recover faster.

“We should not be shortsighted in our approach. Whatever action we take should be toward moving to an environment [that is] lockdown-free,” he said.

Concepcion noted that unlike in previous lockdowns, vaccinations are ongoing throughout the country, with more doses due to arrive starting September.

“Vaccines changed the game,” he said. “They are giving us the chance to keep the economy open,” Concepcion said.

“The country should learn from the practices of other nations in protecting unvaccinated people. New York City mandates vaccinations for a range of indoor gatherings. In Indonesia, only vaccinated customers are allowed in reopened malls,” he said.

Concepcion adds unvaccinated individuals should be allowed to leave their homes only to go to work.

Concepcion said in his latest discussion with vaccine czar Carlito Galvez Jr. that vaccinating children aged 12 to 17 is also important to jumpstart the economy.

In Switzerland, the Moderna vaccine has been approved for individuals aged 18 and younger.

The FDA has approved the Pfizer-BioNTech vaccine for use on children, although its rollout is being delayed because of limited supplies.

Concepcion said the extension of the enhanced community quarantine (ECQ) in Metro Manila will depend on the number of daily cases, as well as on the average rise in cases within its two-week reimposition.

Other factors to be considered are the capacity of the country’s health care system and the supply of ventilators and oxygen tanks in hospitals, he said.

He previously backed calls for the reimposition of stricter lockdowns, particularly in Metro Manila.

“I was hoping for a granular lockdown, but with the new Delta variant, I felt we had to act immediately,” Concepcion said.

“We have locked down three times already. Nobody likes lockdowns. With the efforts of the private sector, local governments and the Inter-Agency Task Force, our massive vaccination drive will put an end to lockdowns,” he said.

Metro Manila was placed in ECQ from August 6 to 20.

The Employers Confederation of the Philippines (ECoP) said it is against extending the ECQ in Metro Manila.

In a statement, ECoP President Sergio Ortiz-Luis Jr. said reopening of the economy must be complemented with the continued rollout of vaccines and adherence to health protocols.

“It’s time we learn that a lockdown is not the remedy,” said Ortiz-Luis.

He said based on government figures, lockdowns cost the country P150 billion a week, or P300 billion for the two-week ECQ.

The losses are on top of business closures that lead to unemployment, he said.

“It would have been very productive and useful to channel even a fifth of these losses to strengthen our health care system to address the cases and for prevention measures,” Ortiz-Luis said.

He noted the number of Covid-related deaths is small compared to deaths from other diseases.

Ortiz-Luis also stressed the need to intensify the monitoring of severe cases, since a big majority of infections are asymptomatic.

“Let us not be fixated on the numbers. Instead, let us intensify and fast-track our vaccination. Let us not forget practicing health protocols and comply with quarantine classifications. Continue adding hospital rooms, facilities and Covid-19 centers,” Ortiz-Luis urged.

“Government has already suspended many of our civil rights in the interest of safety and health, the latest of which is the prohibition for those in the ECQ areas from going out of their homes for physical exercises,” Ortiz-Luis said.

“Many known personalities have already made voluntary disclosures on their Covid-19 cases. After all, this is not an embarrassing illness,” he added. 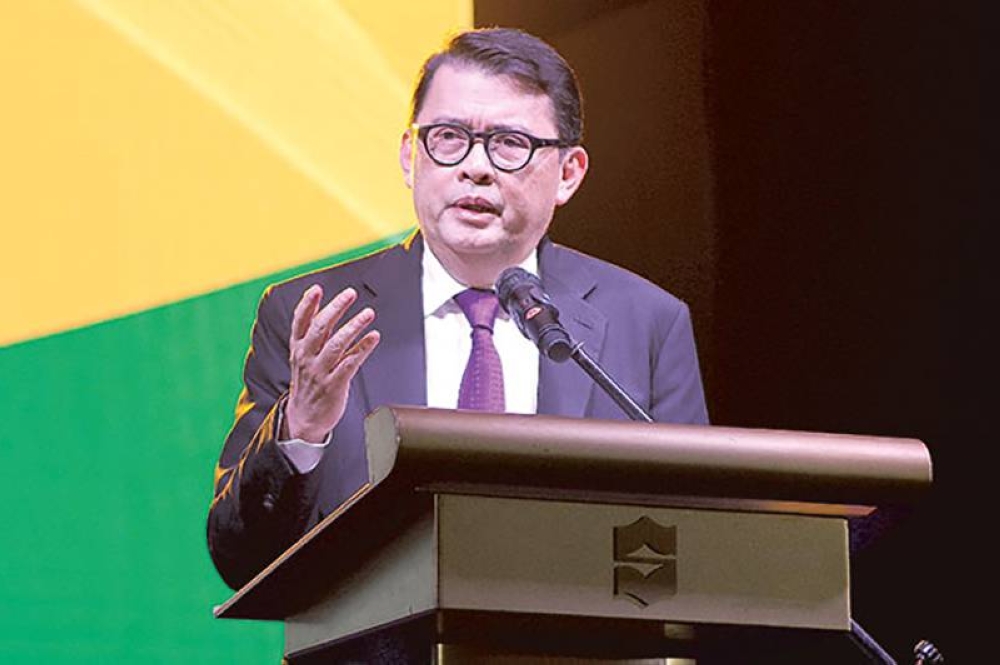