by stephania guillemette
in Africa News
Reading Time: 4 mins read
A A
464
SHARES
1.8k
VIEWS
Share on FacebookShare on Twitter

President Hichilema came to power on a raft of big promises. None will be straightforward to fulfil.

It is easy to assume that this outcome was the result of a supremely effective campaign by the opposition United Party for National Development (UPND). But the vote was perhaps more a reflection of other factors. After ten years in government, the majority of people had become disgruntled with the Patriotic Front (PF), which had come to be seen as ineffective and corrupt. The government had left the economy in a dire state, with debt skyrocketing, unemployment high, and the cost of living rising. And President Lungu had become increasingly unpopular, including by running for a third term, and picking a similarly unliked running mate in Nkandu Luo.

These factors drove a high voter turnout of 71% as Zambians, including many first-time voters, went to the ballot box on 12 August to vote for change in both areas perceived to be UPND and PF strongholds. In his acceptance speech, Hichilema assured the nation that he would bring such change as he repeated his campaign promises to grow the economy, create jobs, restore respect for the rule of law, improve investor confidence and fix the mining sector. On 24 August, he was sworn-in as Zambia’s seventh president.

The first is to assemble a strong team of ministers to steer the functions of state and superintend over various ministries. He has vowed to appoint a lean cabinet, but one that is representative of all Zambia’s ten provinces. This is taking longer to do than expected. So far, just one cabinet minister – the minister of finance – has been appointed, raising concerns as to whether it is constitutional for a single minister to function without a cabinet. Hichilema’s challenge is compounded by the fact that he is also reducing the size of the cabinet from the previous 30 ministers in order to save public funds.

The main difficulty facing Hichilema is in balancing the myriad of competing interests that helped him come to power. Within the UPND alone, he has to contend with four factions: the founding members known as the Anderson Mazoka faction; the group that has supported his leadership since 2006; the former members of the Movement for Multiparty Democracy (MMD) party that have backed his presidential bids since 2015; and the eight smaller parties that joined the opposition alliance ahead of the 2021 elections. As it is, there is already a perception the MMD grouping has an upper hand, as the vice president and the minister of finance come from that faction. In addition to these groups, there are women and youth, who believe they were decisive in the UPND’s victory and ought to be well represented.

The second challenge arises from the state of the public institutions he inherits. In his inaugural address, Hichilema promised to restore the rule of law and the protection of human rights, both of which had been eroded to a point that Zambian citizens lived in fear. To achieve this, he has granted law enforcement and investigative agencies autonomy to discharge their functions without the requirement of presidential oversight or approval. This is a promising move, but given their decay over many years, there will be an urgent need for institutional reform to ensure these institutions play their rightful role in preserving the rights of citizens and enforcing the law.

The final challenge is Hichilema’s promise to stabilise the economy and boost investor confidence by attracting foreign direct investment. In just a few days following his inauguration, the Kwacha strengthened from K19 to the dollar to K14.80. But what people want and expect are jobs, funded basic services, and an affordable cost of living. This will be neither straightforward nor quick. The last seven years saw gross mismanagement of public resources, misdirection of so-called empowerment funds to partisan causes, and the contraction of unsustainable foreign debt, in large part to satisfy the insatiable appetite of the PF ruling elite. Part of the solution therefore will be to tackle corruption and recover stolen funds, and some are already demanding that previous leaders, including Lungu, be investigated. But this could create other political problems for the new president who may need to tread carefully.

Despite his massive mandate, the UPND lacks the numbers in parliament to institute legislative reforms. With 82 MPs, plus 8 nominations, the party still controls just over half the national assembly and is well short of the two-thirds majority necessary to carry out major constitutional reforms. It is unclear, however, how long the former ruling party will last as a coherent grouping; it is possible the PF will soon disintegrate as the reality of not having access to state resources dawns on its supporters.

Hichilema campaigned on a platform full of promises voters needed to hear. The nation is full of expectation and hope in its new Mr Fixer, but this will not last long if people do not start to see improvements to their lives and livelihoods.

Neo Simutanyi is a political scientist and Executive Director at the Centre for Policy Dialogue (CPD) based in Lusaka. 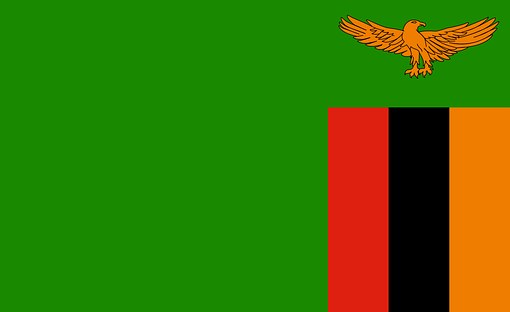