by tami haslett
in Africa News
Reading Time: 2 mins read
A A
464
SHARES
1.8k
VIEWS
Share on FacebookShare on Twitter

United Nations, Oct 12: India on Tuesday voiced serious concern over the increasing spread of terrorism in Africa, saying these terrorist forces and groups are receiving encouragement from member-states which seek to divide communities by legitimising terrorist activities.

“Terrorism is a clear manifestation of how forces inimical to unity and diversity can seek to destroy the social cohesion and democratic fabric of countries by, inter alia, fomenting disaffection, hatred and violence,” Minister of State for External Affairs V Muraleedharan said.

Addressing the UN Security Council High Level Open Debate on ‘Peacebuilding and sustaining peace: Diversity, state building and the search for peace’, Muraleedharan said the increasing spread of terrorism in Africa is matter of serious concern. “What is even more unfortunate is that these terrorist forces and groups are receiving encouragement from member states which seek to divide communities by legitimising terrorist activities,” he said at the open debate organised under Kenya’s Presidency.

He said that the UN Global Counter-Terrorism Strategy (GCTS) has clearly reinforced yet again that terrorism cannot be justified under any ground and that no country should provide an excuse for such activities. “It is equally important that UN organisations take GCTS as a template and not give any encouragement or excuse, even indirectly, to efforts of member states to justify terrorism in any way.” Muraleedharan told the open debate that “when we deal with countries coming out of conflict and going into peace building, putting in place strong legal framework as well as building credible institutions based on solid principles is critical.

“This will also ensure that diversity is protected, and inclusivity is fostered. We need to encourage donor countries which are contributing generously to peace building in Africa and other regions to ensure that those countries coming out of conflict are able to put in place an enduring framework that withstands the test of time,” he said. Noting that the challenge will always be to make tradeoffs between the immediate and long-term, Muraleedharan said that “we believe the UN system as a whole should work closely with member states and regional organisations in line with their national requirement and needs and not advocate imposition of ideas of solutions from outside.”

He emphasised that it is now the time to look at peacebuilding in the broader context and in a more focused manner, especially in the context of COVID pandemic, which is threatening to erode the gains we have made over the years. He told the debate that India has always played a constructive and significant role in the context of peacebuilding through its extensive development partnership with developing countries, particularly in Africa and Asia and with LDCs, LLDCs and SIDS.

India has and continues to assist countries bilaterally in post-conflict situations by providing substantial grants and soft loans, he said. Apart from focusing on infrastructure, especially housing, education and health, on connectivity, on providing livelihood to those impacted by conflict, especially in agriculture, and on projects at the grassroot level, which directly impact the lives of people, India also provides extensive education training and capacity building, including vocational training and in IT focusing particularly on the youth, he said. “We will continue to be a pillar of strength for all developing countries in their transition to development, progress and prosperity,” Muraleedharan said. PTI YAS RUP AKJ RUP 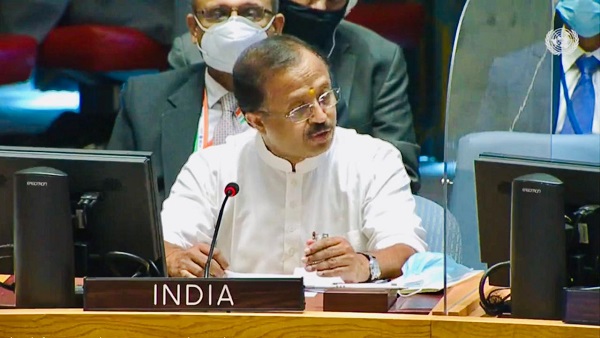 Biden to meet Kenya president as war roils nearby Ethiopia