Teboho Mokoena (L) of South Africa and Suteman Hamid (R) of Ethiopia contest possession during a World Cup qualifier in Johannesburg on Tuesday.

Famara Diedhiou scored a hat-trick for Senegal as they and Morocco won on Tuesday to become the first nations to secure places in the final African World Cup qualifying round.

Turkey-based Diedhiou overshadowed teammate and Liverpool star Sadio Mane with his treble, which earned Senegal a 3-1 away win over Namibia and maintained a 100 percent Group H record after four rounds.

The first goal from the 28-year-old Alanyaspor forward was cancelled out before half-time by Peter Shalulile, but the Senegalese struck early and late in the second half to ensure maximum points.

Senegal, who beat Namibia 4-1 three days ago, have scored 16 goals in four World Cup qualifiers against the southern African country.

Namibia were forced to stage the fixture in Soweto near Johannesburg because they lack an international-standard stadium.

Substitute Selim Amallah scored twice as Morocco took advantage of playing an away match at home to overwhelm Guinea 4-1 in Rabat.

Ayoub el Kaabi and Sofiane Boufal notched the other Moroccan goals as they chalked up a fourth straight win in Group I, where their rivals have been handicapped by not being able to host qualifiers.

FIFA considers Guinea unsafe after a  military coup toppled President Alpha Conde while no stadium in Guinea-Bissau or Sudan, the other two nations in the group,  is deemed fit for international football.

Algeria trounced Niger 4-0 in Niamey to stretch an African record unbeaten run to 31 matches and regain first place in Group A from Burkina Faso on goal difference.

Manchester City winger Riyad Mahrez triggered the rout with a goal midway through the first half. Islam Slimani doubled the lead before half-time.

South Africa clung to a one-point Group G lead over Ghana after both claimed 1-0 victories, over Ethiopia and Zimbabwe respectively.

A crowd of 2,000 was permitted to watch South Africa — the first time spectators have attended a sport event in the republic since the coronavirus pandemic struck early last year.

Only fully vaccinated supporters were given access and they had little to cheer as South Africa laboured against opponents who had more possession but were let down by weak finishing.

The other eight places in the play-offs next March will be decided during the final two matchdays next month.

Algeria, Tunisia, Nigeria, Mali and Egypt look set to progress while the battles between Ivory Coast and Cameroon and South Africa and Ghana are seem likely to go down to the wire.

Only two points separate surprise leaders Tanzania, Benin and the Democratic Republic of Congo in the other mini-league, where even bottom team Madagascar have a mathematical chance.

A seeded draw will split the 10 group table-toppers into five pairings with the winners of the two-leg ties representing Africa at the 2022 World Cup in Qatar. 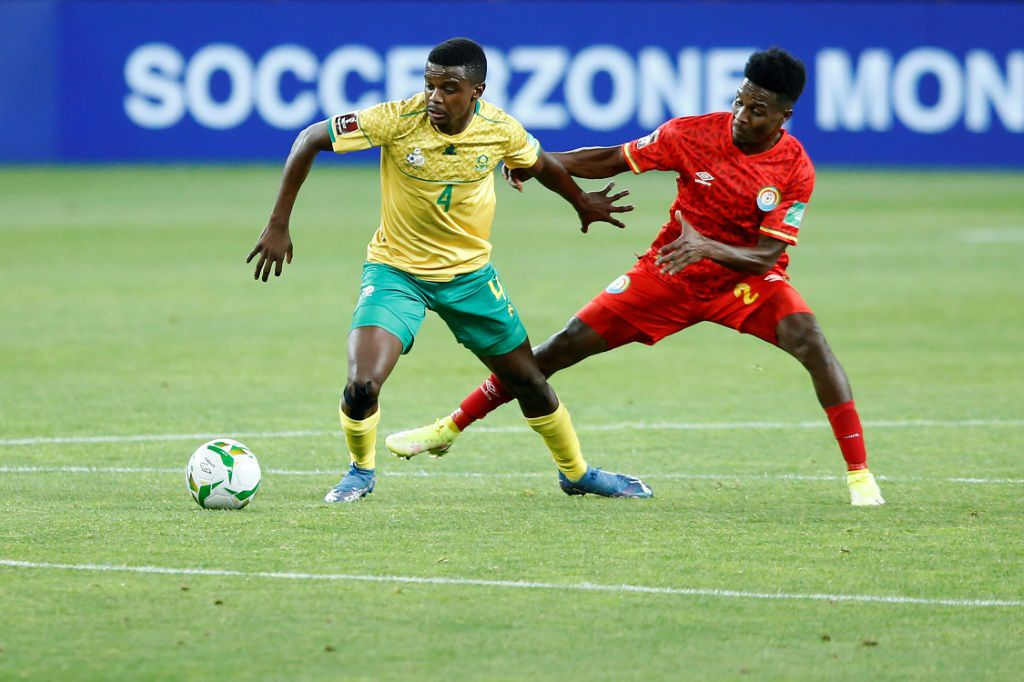