Welcome to the New Era of Vaccine Acceleration

by melody schreiber
in Africa News
Reading Time: 5 mins read
A A
464
SHARES
1.8k
VIEWS
Share on FacebookShare on Twitter

It was a historic day, decades in the making. Last Wednesday, the World Health Organization endorsed the first-ever malaria vaccine for children in sub-Saharan Africa. Global health experts hailed it as an important move forward that would save thousands of lives. But they also wondered: What took so long?

The vaccine, known as RTS,S, was developed by GlaxoSmithKline in 1987. “Why are we using that, and getting excited about it, and having press releases, in 2021?” asked Adrian Hill, the director of the Jenner Institute at the University of Oxford and chief investigator of another malaria vaccine currently in trials.

Even in a good scenario, it usually takes about a decade to develop, test, and scale up a vaccine; often, it takes far longer. But we may now be entering an age of accelerated vaccine development, spurred in part by rapid advances in quickly customizable platform vaccines like messenger RNA and the recognition that vaccines are one of the most important tools for ending infectious diseases. “Covid showed the world how it can be done,” Hill said. “Everybody now is aware that you can make vaccines in a year. What on earth are we doing with a vaccine that’s 30 years old?”

As climate change and habitat loss accelerate, turbocharging zoonotic diseases like malaria, Covid-19, Lyme, and others, the world will need speedy vaccines more and more. Increasingly, it’s looking like the Covid-19 pandemic has ushered in a new age of epidemiological uncertainty—and vaccine research.

When it comes to challenging and lethal diseases like malaria, the first vaccine is good. The next vaccine can be better. RTS,S, despite being endorsed for immediate use due to its ability to save lives, had disappointing results in its trials, with about 30 percent efficacy. “We need a vaccine that has high efficacy—70, 80, 90 percent against infection,” Dr. Stefan Kappe, a professor at the Center for Infectious Disease Research and a malaria vaccine researcher, told me. “RTS,S cannot be used as a stand-alone vaccine to eliminate and eradicate malaria,” he said. “It’s an additional tool in a multiple-tool toolbox that just adds to further reduction of the malaria burden, but it’s not good enough alone to have a big enough impact.”

Every year, 250,000 children die from malaria. The vast majority of cases and deaths are in sub-Saharan Africa, where the particularly brutal Plasmodium falciparum (one of several different species of parasite that can infect mosquitoes and cause malaria in humans) can kill within 24 hours of the first symptoms. Troublingly, a new study in September found that patients in Africa are beginning to show signs of resistance to standard malaria drugs. And in recent years, progress has stalled on fighting and preventing the disease, with hundreds of thousands of people still dying every year.

The RTS,S vaccine’s 30 percent efficacy rate makes this complicated. “Ideally, WHO would have liked to see a higher vaccine efficacy. It’s unusual for vaccines to be approved with a low efficacy like this,” Dr. Sian Clarke, professor of epidemiology and global health at the London School of Hygiene and Tropical Medicine, told me. “But it is simply because it will make such a difference—it will translate to tens of thousands of lives saved. And particularly when progress against malaria has stalled, we’ve got the most that we can get out of the other tools that we’ve got—it’s good to have another avenue to explore.”

“You can look at it as a glass half-full or half-empty—or a third full and two-thirds empty,” Kappe said, in a rare vaccine-efficacy joke. But the fact that the WHO recommended the imperfect vaccine “makes sense, because it does prevent death, and any death prevented is good.”

The newly endorsed vaccine will be used in places with moderate and high rates of falciparum malaria, because when it comes to vaccines against deadly diseases, something is better than nothing. And efficacy is relative, Hill pointed out: “30 percent for a really, really bad disease is as important as 70 percent in a disease that’s much less common and much less problematic. You can defend deploying something with 30 percent efficacy if the disease is bad enough, and that’s where they’re going.”

But as Clarke diplomatically put it, RTS,S is “not going to close down the market.” Other malaria vaccines like those Hill and Kappe are working on show the potential for a breakthrough in the next few years, they say. The R21 vaccine trial, for example, which builds on RTS,S and has been under development since 2012, has shown very promising results so far.

For a complicated illness like malaria, there are going to be some unavoidable challenges. RTS,S isn’t just the first vaccine for malaria—it’s the first-ever vaccine to prevent any parasitic infection in people.

“Malaria vaccines are exceedingly challenging to develop,” Kappe said. “I think people have gotten positively spoiled by Covid vaccines—first shot on goal, 90 percent efficacy. That has not been possible with malaria. Most of the vaccine candidates that have been tested so far have absolutely failed.”

Even GSK, the vaccine’s developer, has mostly pulled out of production, instead transferring the vaccine technology to Bharat Biotech in India, which will supply up to 15 million doses annually—enough for just under four million kids to become fully vaccinated. But about 30 million children are born in malaria-prone regions on the continent each year. That’s one reason additional malaria vaccines will help. And there’s also another: Having multiple vaccines can help drive the price down.

If we have learned anything about controlling epidemics in the past year, it’s that it’s very difficult to halt the spread of disease with vaccines alone—especially when they first appear. As the vaccines are endorsed, financed, and rolled out, other prevention strategies are key for controlling the illness.

“Insecticide-treated bed nets—that’s what has made the biggest difference in most parts of Africa over the last couple of decades,” Clarke said. “And they will remain really important, because the insecticide on the bed net kills mosquitoes, and by reducing the number of mosquitoes, even people who don’t sleep under the bed net will be protected, whereas a vaccine can only protect the person who’s vaccinated.”

Another study published last month found that combining vaccines with preventative drugs roughly doubled protection for kids. This combination can be used in places with clearly defined malaria seasons, particularly tied to the rainy season, where children are at very high risk of dying from the illness. Families were eager to get both the shots and the medications, Clarke said, because they take malaria extremely seriously.

It’s imperative to move quickly, particularly when children are dying. “It’s all the question of investment—if the investment is made into these types of vaccines, it can be done in five years,” Kappe said. “When you look at, for example, the investments that have been made over a period of a year, a year and a half, in coronavirus vaccines—if the same resources would be thrown at malaria vaccines, I think we would be there already.”

“We’ve got to develop vaccines faster. Either develop them and get them licensed, or drop them,” Hill agreed.

This is particularly urgent as climate change disrupts rainy seasons and makes wider swaths of the world susceptible to insect-borne illnesses. The crises that emerge in a warming world, such as forced migration, can also amplify the spread of deadly disease. Humanitarian crises, with people displaced in temporary housing in malaria-prone regions, are a huge concern.

When there’s little political will or funding to save lives, the process for finding critical vaccines can drag on for decades—if it happens at all. The world now knows what is possible when it comes to ending death and disease quickly. But innovation doesn’t happen on its own, and innovation without production and distribution isn’t enough. Swift action from governments around the world is vital to save not thousands but millions of lives. 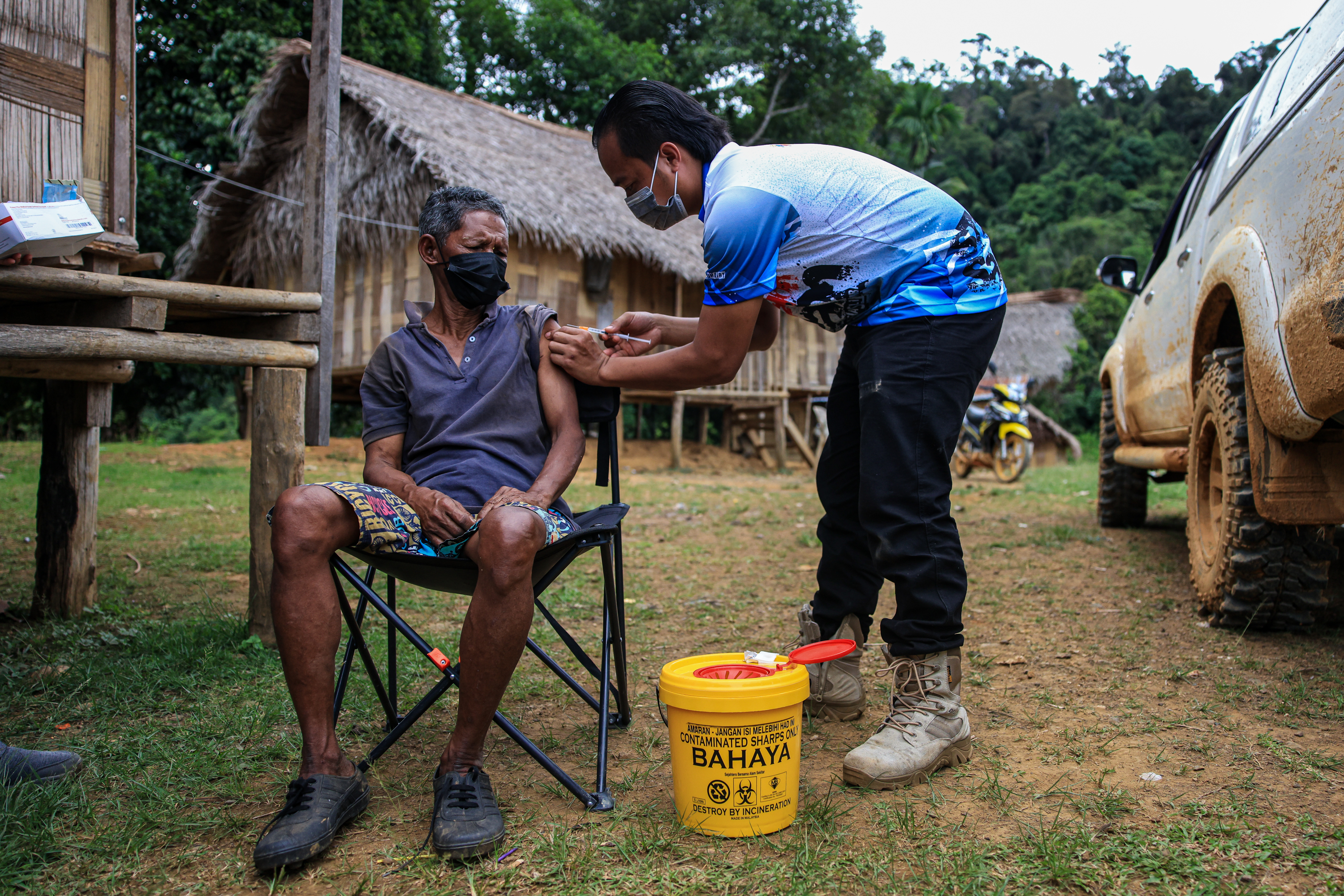 News24.com | Peter Benjamin | Vaccine hesitancy: Don’t discount mistrust in government and fear of being lied to

News24.com | Peter Benjamin | Vaccine hesitancy: Don't discount mistrust in government and fear of being lied to