Binance Is Not Authorized To Operate in South Africa, Regulator Says

by margarett michaud
in Africa News
Reading Time: 2 mins read
A A
465
SHARES
1.8k
VIEWS
Share on FacebookShare on Twitter

Every day an increasing number of countries turn their back on Binance, sending warnings to their users, letting them know that if they use the exchange, they are basically on their own in case of any inconvenience.

A few hours ago, the Financial Sector Conduct Authority (FSCA) of South Africa issued a Press Release stating that Binance was not authorized to operate in the country.

The regulatory body assures that the company does not have the necessary registration to offer brokerage services or give investment recommendations in the country.

financial advice or render any intermediary services in terms of the Financial Advisory and Intermediary Services Act, 2002 (FAIS Act) in South Africa.

New Zealand Breaks Up With Binance
Binance’s situation is relatively complex. Binance Group is a conglomerate of companies grouped under the franchise, and broadly speaking, brings together all of the regional branches and subsidiaries of the global crypto exchange.

Binance does this in order to have regulated headquarters in strategic markets, adapting an entity to the standards of each country without compromising its plans or policies as a global corporation. Binance.US, —which unlike Binance.com, does not support XRP— is a clear example.

If plans do not go as expected, Binance can close its local subsidiary and continue offering its services through the global platform. This, for example, happened in the middle of last year when Binance decided to close its subsidiary in Uganda.

South Africa’s warning targets the global group, i.e., no national can operate any Binance subsidiary and expect protection from the authorities in case of mishaps. The FSCA explains that “if something goes wrong, you’re unlikely to get your money back and will have no recourse against anyone.

The Risk of Trying To Beat The House
Binance has long played with an ambiguous position regarding its headquarters. This has been particularly helpful for its growth, although it is not something that pleases the regulators very much.

According to the FSCA, Binance Group is a corporation based in Seychelles – a country known for its lax policies regarding cryptocurrencies. HDR Global Trading Limited, the corporation that owns the controversial BitMEX, is headquartered in Seychelles too.

This stance is starting to backfire on Binance, with countries such as the UK, Japan, Italy, Malaysia, and now South Africa issuing warnings about the lack of authorization to operate – and the lack of legal protection for traders in those countries.

SPECIAL OFFER (Sponsored)
Binance Futures 50 USDT FREE Voucher: Use this link to register & get 10% off fees and 50 USDT when trading 500 USDT (limited offer).

PrimeXBT Special Offer: Use this link to register & enter POTATO50 code to get 50% free bonus on any deposit up to 1 BTC. 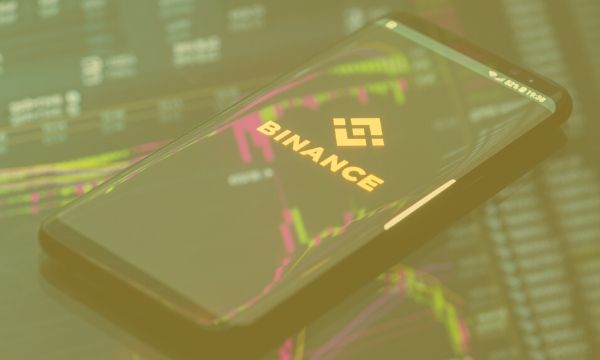 News24.com | Cyril Ramaphosa | Our request for climate finance is not about charity

What is the C.1.2 coronavirus variant — and should we be worried?

What is the C.1.2 coronavirus variant — and should we be worried?