by ciku kimeria
in Africa News
Reading Time: 6 mins read
A A
465
SHARES
1.8k
VIEWS
Share on FacebookShare on Twitter

DiscoverLatestObsessionsThese are the core obsessions that drive our newsroom—defining topics of seismic importance to the global economy.

FeaturedThese are some of our most ambitious editorial projects. Enjoy!

EmailsOur emails are made to shine in your inbox, with something fresh every morning, afternoon, and weekend.

Become a memberPlus: A Pinterest-like app from Nigeria wants to redefine travel.Hi Quartz Africa readers!On Monday, the world experienced a widespread outage of Facebook, WhatsApp, and Instagram. This six-hour-long global outage caused Facebook’s stock to plunge almost 5%, wiping away almost $50 billion in market value and millions in ad revenue. By one estimate, co-founder and CEO Mark Zuckerberg lost almost $1 billion for every hour the systems were down—the result of an error during routine maintenance, it was later discovered.Africa is one of the fastest-growing e-commerce markets in the world. Thanks to low barriers to entry and ease of use, entrepreneurs have embraced social commerce—buying and selling products and services on platforms like Facebook, Instagram, and WhatsApp. Reporter Carlos Mureithi wrote about that this week and it could not have been more timely given the outage.For example, a study has revealed that 92% of small and medium enterprises (SMEs) in Kenya use social commerce to carry out their businesses. In more than a handful of other African countries, social commerce accounts for the majority of e-commerce.On a personal note, the first thing I did on Monday when my WhatsApp messages were not loading was to restart the modem. When that did not work, I restarted my phone. Finally, I called my partner to let him know that I hadn’t been able to listen to the audio message he sent because “3G seems to be down.” It took me quite a few hours to realize that the problem was actually an outage affecting WhatsApp, Instagram, and Facebook globally.My reaction to the outage gave me pause. Our reliance on these apps is extremely high, but even more is our own assumption of reliability. The demographics using each app is equally important. I only noticed WhatsApp not working, but I am sure there are others who only noticed Facebook or Instagram not working.Most importantly, with the increasing importance that such apps play when it comes not only to regular communication but now also to business—especially during the pandemic and subsequent lockdowns and curfews—the continent is extremely vulnerable to such outages.All this begs the question, are any of us prepared for a future where such outages could become a more common occurrence? The response is a loud and resounding no. —Ciku Kimeria, Africa editorP.S.: I’ll be discussing the progress, promises, and pain points of digital media in Africa with TechCabal editor-in-chief Adegoke Oyeniyi on Oct. 15. The interactive event is open to experienced and aspiring players in digital media as well as everyone else who is playing in the African technology industry. Register here.

Stories this weekWorld’s first malaria vaccine. The World Health Organization (WHO) has added its weight behind RTS,S vaccine (also known as Mosquirix), recommending it to be used widely for the prevention of malaria in children in Africa. Uwagbale Edward-Ekpu reports on the significance of this approval for the continent that accounts for most of the half a million deaths each year from the disease.Countries are failing to meet Covid-19 vaccination targets. WHO’s decision-making body had set a global goal for countries to vaccinate 10% of their populations by the end of September. Carlos Mureithi writes that less than a third of African states have achieved this target.An app for picture-perfect places. The social media industry had a turbulent week between Facebook’s outage and Twitch’s data breach, but that’s unlikely to dissuade entrepreneurs from diving into the space. Alexander Onukwue reports on a Pinterest-like app from Nigeria that wants to redefine how travel-lovers find aesthetically pleasing places.Google’s billion-dollar agenda in Africa. At a virtual event featuring Alphabet CEO Sundar Pichai, Google announced that it will invest $1 billion for various initiatives in Africa over the next five years. A major piece of the company’s agenda, Alexander Onukwue explains, is a $50 million fund to invest in growth-stage startups on the continent.A literary win for the continent. The 2021 Nobel prize in literature has been awarded to Zanzibar-born novelist Abdulrazak Gurnah, the first Black African writer to receive the prize since Nigerian writer Wole Soyinka in 1986. Priya Sippy explores the importance of his win in unpacking Africa’s complex colonial history.

Mapping a major disconnectThe UN International Telecommunication Union (ITU) estimates sub-Saharan Africa is home to approximately 700 million of the world’s 3.7 billion “unconnected” people. While many are jockeying to get Africans online, the journey toward a connected continent raises a host of regulatory and governance questions for African policymakers. Daniel Akinmade Emejulu explores the key considerations in the race to get all Africans online.

One big number300,000That’s the number of babies born every year with sickle cell disease, one of the world’s most common genetic disorders, which is most prevalent among Africans and those of African descent. Uwagbale Edward-Ekpu reports on the first new treatment in 20 years for the disease and the main challenge for getting it into the hands of those who need it the most.

DealmakerAfricInvest, the Tunisia-based investment firm, acquired an undisclosed minority stake in Royal Exchange General Insurance Company (REGIC), a Nigerian firm. REGIC is the non-life insurance arm of the 100-year-old Royal Exchange Group; the InsuResilience Investment Fund (IIF) of the German government also owns a stake.Chari, a Moroccan startup, raised $5 million to build out its digital platform for small-scale retailers. The round valued the startup at $70 million and was co-led by Rocket Internet, Global Founders Capital, and P1 Ventures.Cameroonian company Ejara raised $2 million to make cryptocurrency transactions part of Francophone Africa’s financial system. The funding was led by CoinShares Ventures and Anthemis Group. The one-year-old company says it has over 8,000 users in Cameroon, Côte d’Ivoire, Burkina Faso, Mali, Guinea, and Senegal.

Quartz GemsFrom bitcoin mining crackdowns in China to emerging regulation in South Africa, we’re digging into all the latest developments. Read our series on The Crypto Surge now.To access all our articles and say goodbye to paywalls, get a 40% discount today on a Quartz membership with code QZEMAIL40.

Other things we likedAirline complicity in Ethiopia. A CNN investigation finds that Ethiopian Airlines allegedly transported weapons to and from neighboring Eritrea during the civil war in Ethiopia’s Tigray region in what would be a violation of international aviation law.The economic potential of African cinema. Streaming services are increasing the demand for African films. For the Guardian, Emmanuel Akinwotu looks into a new report that says the continent’s film industry could quadruple its revenue to $20 billion and create an extra 20 million jobs in creative industries.How internet leaks hurt east African women. For the second time in three years, Ugandan fashion model Judith Heard has been subjected to a leak of private intimate images from her phone. Despite not being her fault, these leaks put her at risk of being charged under Uganda’s anti-pornography laws. As Priya Sippy writes in Rest of World, it’s a dilemma women face across east Africa.Africa needs a creator economy roadmap. Anyone with a smartphone and an internet connection can potentially build a brand and make money, but the reality is that who consumes your content and where you are creating it from still matters. In his Substack newsletter Communiqué, David I. Adeleke describes the challenges that constrain the creator economy in Africa and solutions for a turnaround.

🎵 This brief was produced while listening to “Zitsulo” by Lawi (Malawi)

Our best wishes for a productive and ideas-filled week ahead. Please send any news, comments, suggestions, ideas, Nobel prizes, and crypto cash to [email protected] You can follow us on Twitter at @qzafrica for updates throughout the day.If you received this email from a friend or colleague, you can sign up here to receive the Quartz Africa Weekly Brief in your inbox every week. You can also follow Quartz Africa on Facebook.Enjoying Africa Weekly Brief? Forward it to a friend! They can click here to sign up. If you’re looking to unsubscribe, click here. 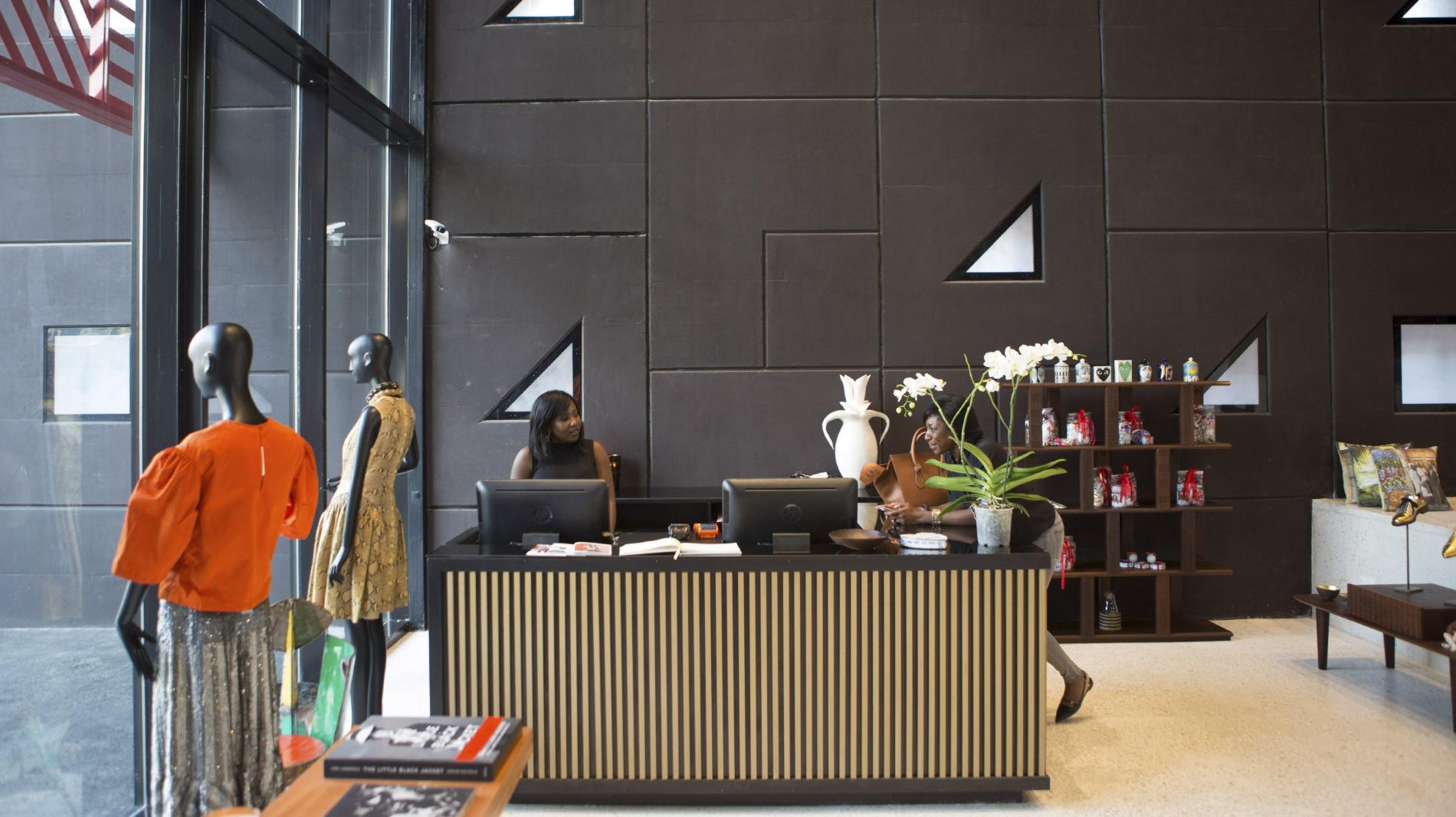