by solomon elusoji
in Africa News
Reading Time: 2 mins read
A A
465
SHARES
1.8k
VIEWS
Share on FacebookShare on Twitter

The team’s delegation landed at the Aeroport Internationale Douala at 11.28am on Saturday for tomorrow’s FIFA World Cup Qatar 2022 African qualifying encounter.

Karl Namnganda scored a stoppage –time goal off a defensive slip to hand the three points to the Les Fauves when both teams clashed at the Teslim Balogun Stadium.

Skipper Ahmed Musa, who is looking forward to earning his milestone 100th cap for Nigeria at senior level, says he is more concerned with the Super Eagles taking all three points in the Day 4 encounter.

“I’m happy that I am about to win my 100th cap, which definitely is a thing of joy and pride for any football player at international level. However, I am more concerned about the three points. The three points here have become much more precious due to what happened in the first leg which we lost. The individual honour is welcome but I am more concerned about collective glory and our country’s pride.”

Meanwhile, Rwandan official Louis Hakizimana has been appointed by the Confederation of African Football as referee for Sunday’s FIFA World Cup Qatar 2022 African qualifying match between Nigeria and the Central African Republic in Douala.

Eusebio Engono Nguema from Equatorial Guinea will be referee assessor for the day while Illou Mahamadou from Niger Republic will serve as match commissioner. Dr Moussa Baba Djaouro from Cameroon will be the medical officer. 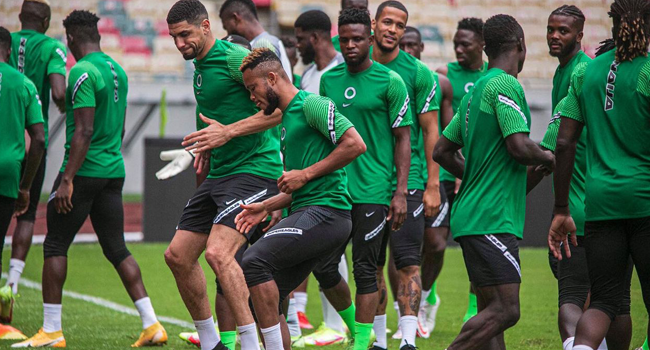 Stormers and Edinburgh draw after scoreless second half

Central African Republic vs Nigeria: All you need to know, TV schedule

Central African Republic vs Nigeria: All you need to know, TV schedule

Oh hey, Xiaomi has its own creepy robot dog now

Xiaomi has today announced the CyberDog, an open-source quadruped robot intended for developers to “build upon” and create applications for....