by richard ogunsile
in Africa News
Reading Time: 1 min read
A A
464
SHARES
1.8k
VIEWS
Share on FacebookShare on Twitter

Nigeria Football Federation (NFF) president and FIFA Council member, Amaju Pinnick has expressed disappointment over Super Eagles 0-1 defeat to the Central African Republic last Thursday.
Addressing the Nigerian players in video clips posted on his official Instagram page, Pinnick told the Eagles’ squad that he has had sleepless night since the loss at Teslim Balogun Stadium.

Naija News reports that CAR recorded a win against Nigeria after their player, Karl Namnganda netted a 90th-minute goal.

The game that could have ended a draw turned a win in favour of the visiting team. This put an end to Super Eagles’ perfect start to the World Cup qualifying campaign.

The defeat, Naija News understands was Nigeria’s first loss at home in a World Cup qualifier in 40 years.

Pinnick, however, while addressing the Super Eagles players in their camping hotel on Friday, October 7, begged for a better performance ahead of their second leg. He told the players that the match is a must win.

Reminding the players that football is the only thing uniting the country at the moment, Pinnick prayed to see a better version of the Super Eagles in the second leg of the match.

He prayed the squad to win the match for him as a gift ahead of his 50th birthday.

On his part after Pinnick’s comments, Super Eagles’ captain, Ahmed Musa, apologized on behalf of his fellow teammates while saying they have all analyzed the match and will make amends.

Watch the video clips below: 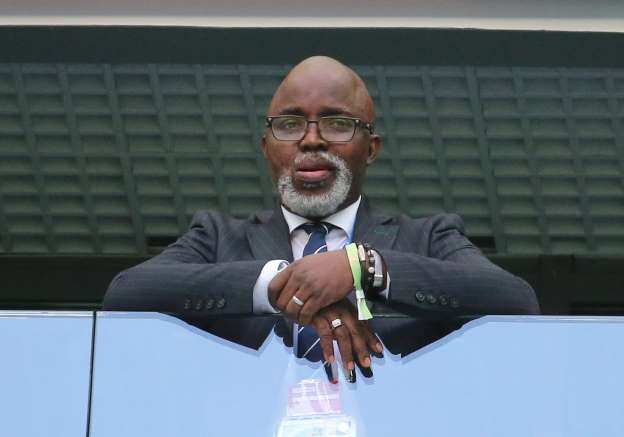