The Sharks showed great patience and discipline as they kept banging on the Ospreys doors until they opened in the second half and the Currie Cup runners-up ran out impressive 27-13 winners in their United Rugby Championship match in Swansea on Friday night.

The Sharks were not particularly impressive early on and they went 6-0 down to two Gareth Anscombe penalties, but they clawed their way back to 6-6 by halftime.

There were two promising portents in their comeback: The first was that their set-pieces were making headway, despite the presence of two British and Irish Lions locks in the Ospreys pack in Adam Beard and the legendary Alun-Wyn Jones; the second were the two delightful drop goals kicked by Boeta Chamberlain.

The first came after scrumhalf Ruan Pienaar took a quick-tap from a penalty and then passed back to the flyhalf, the second took advantage of the new trial law that forces a team that dots the ball down in their own in-goal area from an opposition kick to then drop-out from under their poles. The Ospreys kicked deep, but straight to Chamberlain, and he would bite them again in the second half.

The Sharks played excellent pressure rugby in the second half, which they were able to do firstly because of a watertight defence which forced Ospreys into numerous handling errors when on attack. Secondly, they stayed in the kicking battle and eventually prevailed.

Coach Sean Everitt pinpointed the defence as a key reason for the morale-boosting win.

“The guys enjoy defending and it was a terrific defensive effort, with the forwards laying the platform. Getting turnovers gives this team energy and they did that through their aggressive defence,” Everitt said.

“We’re very happy with the performance and obviously the result. I was especially happy with the way we adjusted to the tempo and our game-management, our kicking game worked superbly.

“Boeta Chamberlain did a sterling job, I was delighted he got man of the match, and I was very pleased that the team stuck with the plan tonight.”

The Sharks struck the first blow in the second half, just two minutes in when Chamberlain’s deft grubber behind the defensive line was brilliantly gathered by lock Hyron Andrews, who was not only first to the ball but also produced a wonderful offload off the floor to centre Jeremy Ward, who dashed over for the opening try.

The win started to come into view on the hour when a good carry by eighthman Henco Venter was followed by Pienaar cannily making a half-break to keep the defence interested before passing out to centre Marius Louw, whose quick hands opened up space for Marnus Potgieter out wide. The wing had won all his many aerial battles and now he was rewarded with a try.

Another long-range drop goal by Chamberlain after Ospreys were forced to drop out followed three minutes later and Pienaar knocked over a couple of penalties to seal the win, despite Ospreys eventually crossing for a try in the 74th minute.

The beaming face of coach Everitt after the game said just how important this win over the previously unbeaten Ospreys was for the Sharks, and indeed for all the South African teams in the URC.

“It helps a lot when you are a long way and a long time from home like we are,” Everitt said. 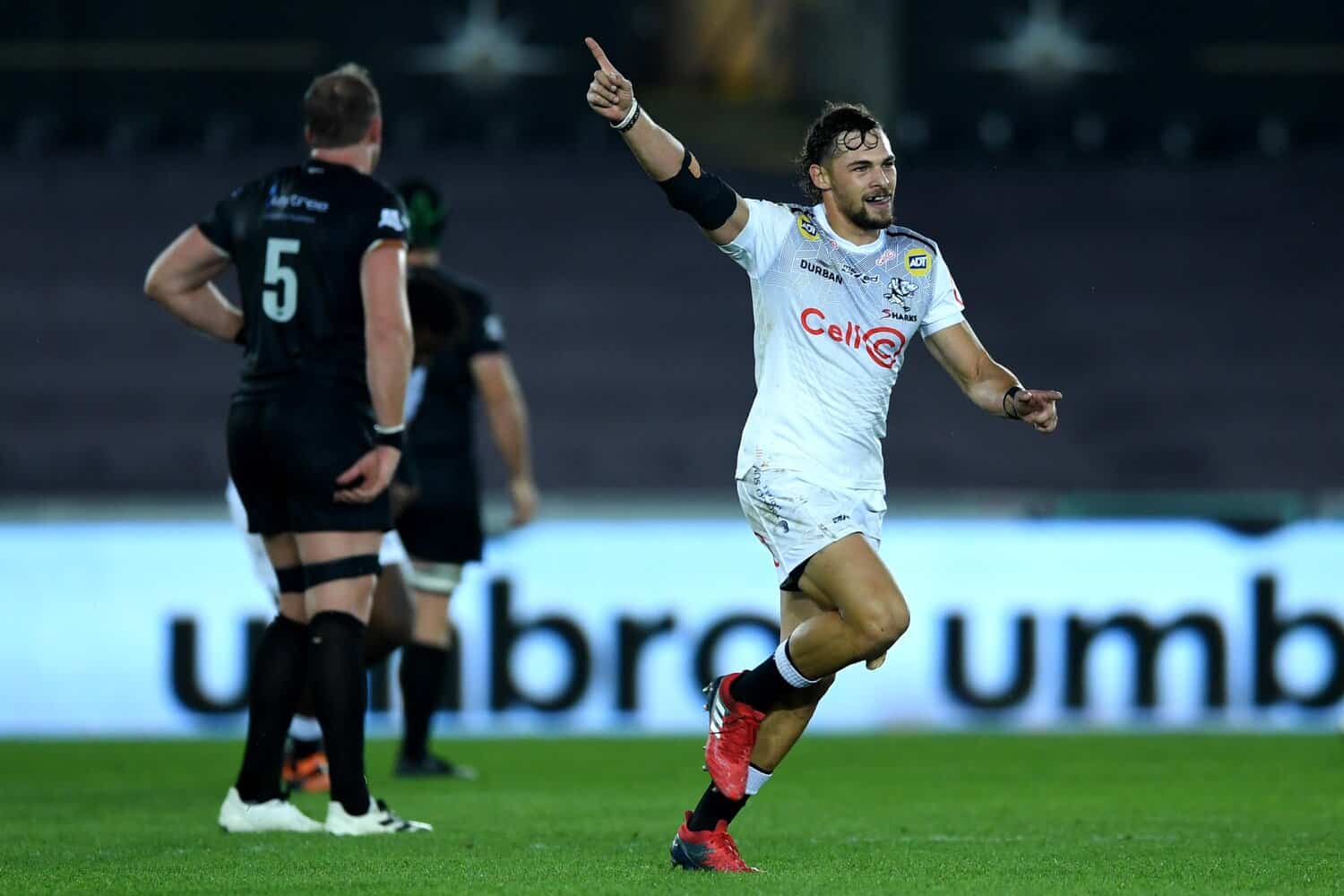