U.S. Surpassed 1,000 Daily Covid Deaths On Four Days In The Past Week—That Figure Was Last Seen In May

by lyndia roberie
in COVID-19
Reading Time: 3 mins read
A A
465
SHARES
1.8k
VIEWS
Share on FacebookShare on Twitter

The U.S. has reported more than 1,000 daily Covid-19 deaths four times since August 10—a number that was last seen in late May—as the more infectious delta variant continues to spread across the country, severely impacting states with very low vaccination rates.

According to data aggregated by the New York Times, the grim benchmark was nearly breached for the fifth time on Tuesday, with the U.S. reporting 993 new Covid-19 deaths.

The high death toll comes at a time when the U.S. is reporting nearly 140,000 new Covid-19 cases a day as the more infectious delta variant takes hold across the country.

The sharp rise in cases has put a severe strain on health care systems in certain parts of the country with more than 83,000 people being hospitalized with Covid.

After dropping sharply and plateauing for several months, vaccine uptake has begun to rise once again with the seven-day average increasing from around 510,000 doses per day in mid-June to around 765,000 shots a day in the past week, according to Oxford-based database Our World In Data.

The impact of the delta variant has been felt more severely in regions with low vaccination rates. With only 35% of its population fully vaccinated against Covid-19, Alabama is among the hardest-hit states and now it is reporting a “negative” number of available ICU beds. According to a report by local television state WSFA, there are now more patients in Alabama requiring intensive care than ICU beds available in the state.

59.5%. That’s the total percentage of eligible people (over the age of 12) in the U.S. who have been fully vaccinated against Covid-19, according to the Centers for Disease Control and Prevention. Vaccine uptake, however, has not been even across the country. In states like Vermont and Maine more than 65% of the population has been fully inoculated but in several southern states like Louisiana, Alabama, Mississippi and Georgia, fewer than 40% of the population is fully vaccinated. While breakthrough infections have been reported among vaccinated people, vaccines provide robust protection against severe outcomes like hospitalization and death.

Among the new cases reported on Tuesday was Texas Governor Greg Abbott—whose state is witnessing one of its worst surges of the pandemic. Abbott, who is fully vaccinated, has no symptoms and is “in good health,” according to an official statement. 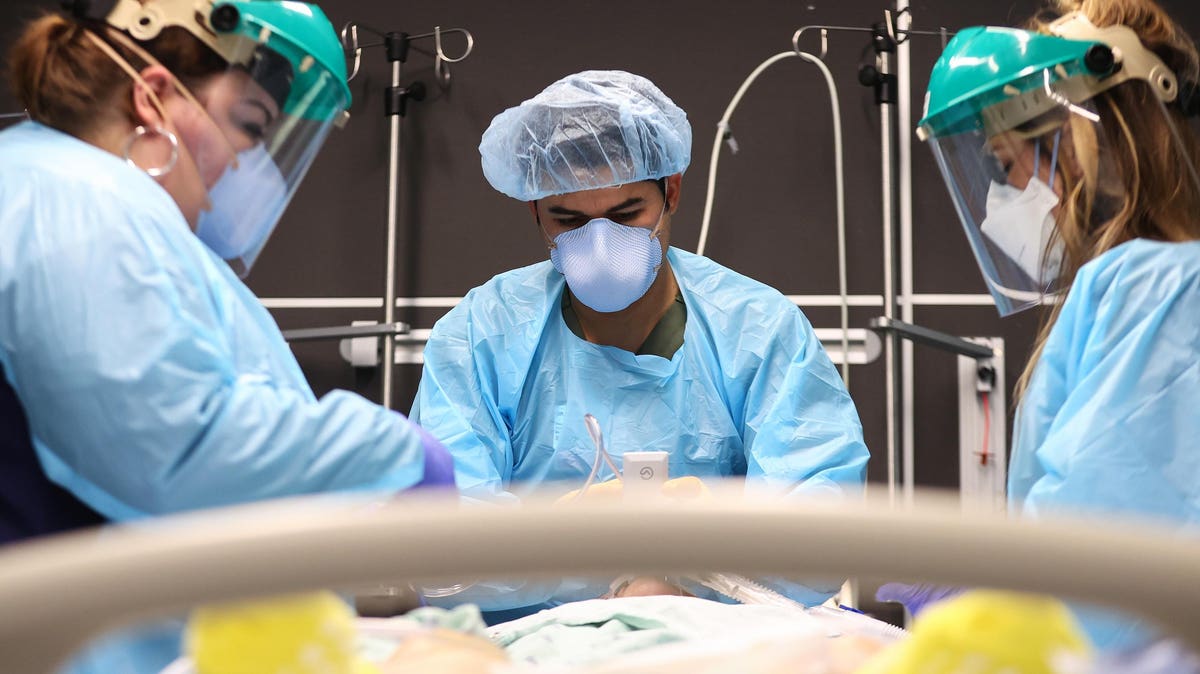 Tens Of Thousands Of School Children Already In Covid Quarantine—20,000 In Mississippi Alone

Tens Of Thousands Of School Children Already In Covid Quarantine—20,000 In Mississippi Alone