by cybele mayes-osterman
in COVID-19
Reading Time: 6 mins read
A A
465
SHARES
1.8k
VIEWS
Share on FacebookShare on Twitter

AN ANTI-VAXX GOP official and devoted supporter of former President Trump has died from COVID after fiercely criticizing mask mandates and downplaying the severity of the virus.

Pressley Stutts, the leader of the Republican Party in Greenville County, South Carolina, succumbed to the virus Thursday morning after spending almost a month in the hospital.

Stutts frequently attended anti-mask and anti-vaccine rallies, and was a staunch critic of mask and vaccine mandates.

He had also mocked the Delta variant – he’d previously shared a meme saying, “Delta variant is just code for ‘too many of y’all aren’t scared anymore”.

Stutts and his wife, who also contracted the virus, were rushed to the hospital on August 1 after a sudden drop in his oxygen levels.

In a Facebook post the same day, he admitted COVID is “very real,” but doubled down on his anti mask views.

“I have ALWAYS contended that COVID was very real. It is a deadly bio-weapon perpetrated upon the people of the world by enemies foreign, and perhaps domestic,” he wrote.

“Mandates and coercions DO NOT WORK especially when they come to us from a government that has repeatedly lied to the American People time and time again.”

He also shared in another post on August 13 that he was going on a ventilator, but stressed that it was his decision.

“Listen to me please: I am making a decision to go on a ventilator. This is my OWN decision,” he wrote.

When Vice President Kamala Harris visited the area in June to promote vaccination against the virus, Stutts joined a protest group standing outside.

He told Greenville News at the time: “People should be free to get the vaccines they want. Free not to get it. But what’s happening now is that there’s a discrimination starting to take place.”

The local politician remained fiercely loyal to Trump, and promoted the disproven conspiracy theory that President Biden stole the election.

In a Facebook post from the hospital on August 4, he wrote, “Every day in ICU, they give me a cognitive test asking me various questions as to date, where am I, etc.

Earlier this summer, Stutts led a group of Trump supporters within the local Republican party to oust members who were not supportive of the former President.

He told the Greenville Post and Courier last month: ““We are following the advice of President Trump, who encouraged all of the MAGA supporters to go out, get involved and take over the parties with their true MAGA supporters. That’s what we did.”

Dan Harvell, a fellow member of the state Republican Party’s executive committee, said: “I really don’t have words to say about the imprint that he left on the political landscape in South Carolina.

“He had the kind of personality that enabled him to get done what others couldn’t do. He was like the brother I never had.” 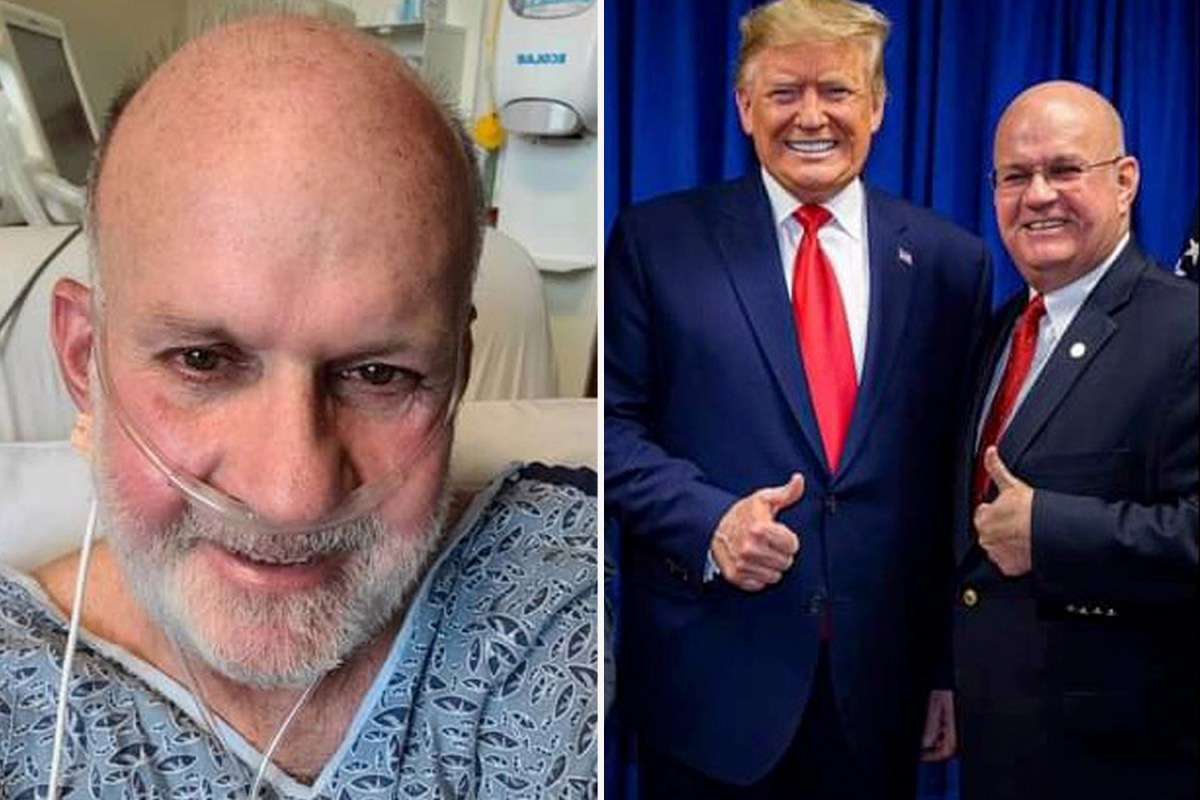 If You Got the Johnson & Johnson Vaccine, Here’s What You Need to Know About the Booster Shot