by leigha fetzer
in Africa News
Reading Time: 3 mins read
A A
465
SHARES
1.8k
VIEWS
Share on FacebookShare on Twitter

Hundreds of young people from African civil society met with French President Emmanuel Macron in the southern city of Montpellier at an unprecedented Africa-France summit aimed at “rebuilding” the country’s relationship with the continent. No African heads of state were invited to the event, a move that has ruffled some feathers.

Friday’s summit comes at a time when France’s influence over its former colonies is increasingly contested – particularly by Russia – and while Paris is in open crisis with Mali and Algeria.

For the first time since 1973, when the France-Africa summits began, no African leaders will be present.

The French presidency says this new format will enable “the voice of Africa’s youth to be heard” and “to move away from obsolete formulas and networks”.

In other words, to break, again and again, with “Françafrique” – the opaque practices and networks of influence between France and its former dominions.

Young entrepreneurs, artists and athletes from the continent will meet their French counterparts, and those from the diaspora, to discuss economic, political and cultural issues.

A panel of 12 young Africans, from Mali, Cote d’Ivoire, Tunisia, South Africa, Kenya are meeting with Macron in the afternoon.

French President Emmanuel #Macron says he wants every aspect of French-African ties to evolve past some still weighty colonial baggage.

Out of touch with Africa

The panel was selected after months of dialogue across Africa by the Cameroonian intellectual Achille Mbembe, who orchestrated the Montpellier gathering.

In a report, handed to the French president on Tuesday, Mbembe said France was too disconnected from “new movements and political and cultural experiments” carried out by African youth.

He also pointed out that, of all the disputes, “none is as corrosive as France’s alleged support for tyranny on the continent”.

The recent example of Chad comes to mind, when the French President immediately gave his support to the military junta set up by President Idriss Déby’s son following his father’s assassination.

For its part, Macron’s office has insisted that French military intervention, sovereignty, governance, democracy and “the subjects that make people angry” will be on the table.

Speaking to France Inter radio on Thursday, Mbembe underlined that “Africa is affected by two forces: those of innovation and those of closure, the forces of death. The main question that young people will ask Macron is: which side are you on?”.

Meanwhile, Mbembe, a post-colonialism specialist, has been heavily criticised by some of his African peers for agreeing to pilot the conference.

In an article published on the website senegalactu.info, the Senegalese writer Boubacar Boris Diop denounced the event as “a false kick in the ant hill”.

“The face-to-face meeting between Macron and African civil society would have been much more credible, or even fruitful, if there had at least been concrete signs of his desire for change,” he wrote.

For their part, the intellectuals of the pan-African collective Cora criticised a civil society tailored to the needs of Montpellier.

They claim France is only “listening to the African people and their intellectuals” to give the illusion of an Africa that succeeds.

Beyond the political subjects, the summit gives a large place to economic actors, having been preceded by two days of meetings in Paris with 350 African entrepreneurs.

Another round table will be devoted to the issue of the restitution of cultural property, one of the areas in which the most critical intellectuals acknowledge Macron’s strong gestures.

For the Canadian philosopher of Guinean origin Amadou Sadjo Barry, “the lines have moved symbolically” through important gestures such as the restitution of looted property to Benin, the announcement of the end of the CFA franc and the recognition of France’s “overwhelming responsibilities” in the 1994 Rwandan genocide. 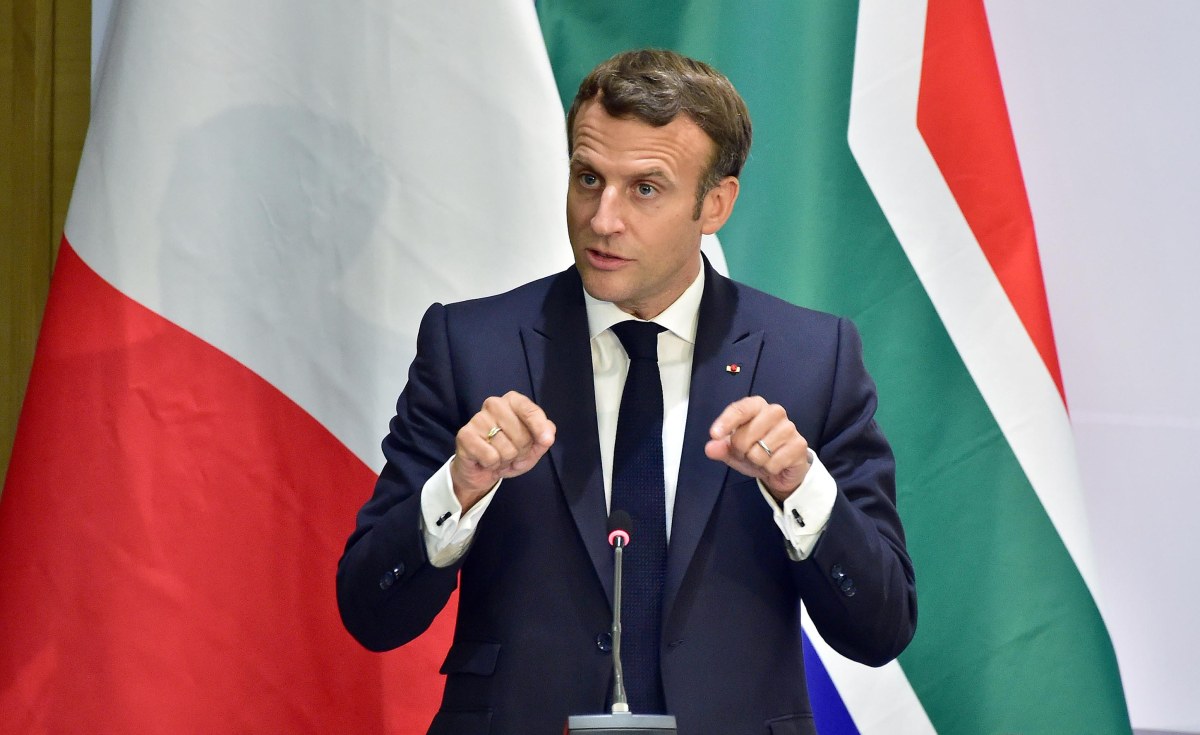