FOOTBALL: We die for one another on that field, says Sundowns Ladies captain Zanele Nhlapo after Champions League qualification

by tami fetzer
in Africa News
Reading Time: 3 mins read
A A
464
SHARES
1.8k
VIEWS
Share on FacebookShare on Twitter

Southern Africa will be represented by Mamelodi Sundowns Ladies at the upcoming CAF Women’s Champions League after they won the regional qualification tournament.

The Tshwane-based outfit expertly and effortlessly dispatched their opponents, Black Rhinos Queens of Zimbabwe, 3-0 in the Council of Southern Africa Football Associations-organised qualifying tournament, which was played over two weeks in Durban.

Lerato Kgasago, Nonhlanhla Mthandi and Lesotho international Boitumelo Rabale found the back of the net for the South Africans on the day.

The match brought to an end the qualification campaign which was staged to see who would represent southern Africa in the Champions League when it kicks off in Egypt towards the end of the year. It was also a clear indication that Masandawana will be a force when the eight-team continental showpiece commences.

“When we left Gauteng for Durban, we had it on our minds that we want to go all the way and become the first to win this competition, so that we can also make a name for ourselves. So, we’re very happy that we’ve succeeded in doing that. We’re very excited that we’ve booked our spot to Cairo, Egypt,” Sundowns captain Zanele Nhlapo told Daily Maverick.

They ended their qualification run with 22 goals scored in five games. Black Rhinos had come into the game having conceded zero goals, the only side in the tournament who were yet to have their defence breached.

The trio of goals conceded by Rhinos meant Sundowns finished with the least number of goals against them, just a solitary goal conceded in the group stages against Eswatini side Manzini Wanderers.

Nhlapo, who marshals the solid Sundowns defence alongside Banyana Banyana veteran Bambanani Mbane, says they take pride in their defending.

“If you look at that defence, there’s myself and there’s Bambanani Mbane. That’s a lot of experience, then there are also some youngsters, such as Karabo Makhurubetshi,” Nhlapho said to Daily Maverick.

“So, when you take that and combine it, you get a really good mixture. We work together, we work for one another. And we communicate a lot, in order to guide each other, especially me as the captain. We take pride in keeping clean sheets as defenders, we take pride in making sure no one comes near our goalkeeper.”

Defending becomes easier when your forwards can spark the defensive sequence from the front. The Masandawana captain was full of praise for her attacking teammates, particularly Melinda Kgadiete and Andisiwe Mgcoyi, who seem to have telepathic understanding upfront.

The pair finished first and second on the scoring charts respectively, with nine goals between them.

“From the back to the front, we discuss [tactics] as a team. We as defenders tell the strikers that they have to help the team start defending from the front. Pressing starts from the front, not the back. If they can press, the midfielders can follow and we will also apply pressure. That’s how we sometimes create chances and punish teams,” the defender told Daily Maverick.

“We have very intelligent strikers. The combination of Melinda Kgadiete and Andisiwe Mgcoyi is unstoppable. Not only in this tournament, but in the Hollywoodbets Super League as well. They know each other very well.”

The skipper says this latest success shows just what a formidable team they are, brilliant all round and filled with depth and quality.

“We work for one another; we die for another on that field of play. It doesn’t matter who is playing or not playing. Whoever is chosen does the job. Even when the coaches change things up and bring in new players, you cannot see who has been subbed off and who has replaced them. At Sundowns it’s like that, we work for each other,” said Nhlapo.

Despite the euphoria at their success, Nhlapo said they had learnt some key weaknesses which exist in their armour, and which they will have to improve on if they harbour hopes of being crowned African champions.

“One big takeaway from the tournament for us in terms of where we need to improve is physicality. Those teams we played against are much more physical than us. In South Africa, we are more skilful and pacey. But they use strength, and that’s something we need to improve on, especially in midfield,” the skipper told Daily Maverick.

“This has given us a chance to prepare ourselves for the teams we are going to face in Egypt. Because they’ll be even stronger. So, we’ve taken those notes and we know what we need to work on going forward.” DM 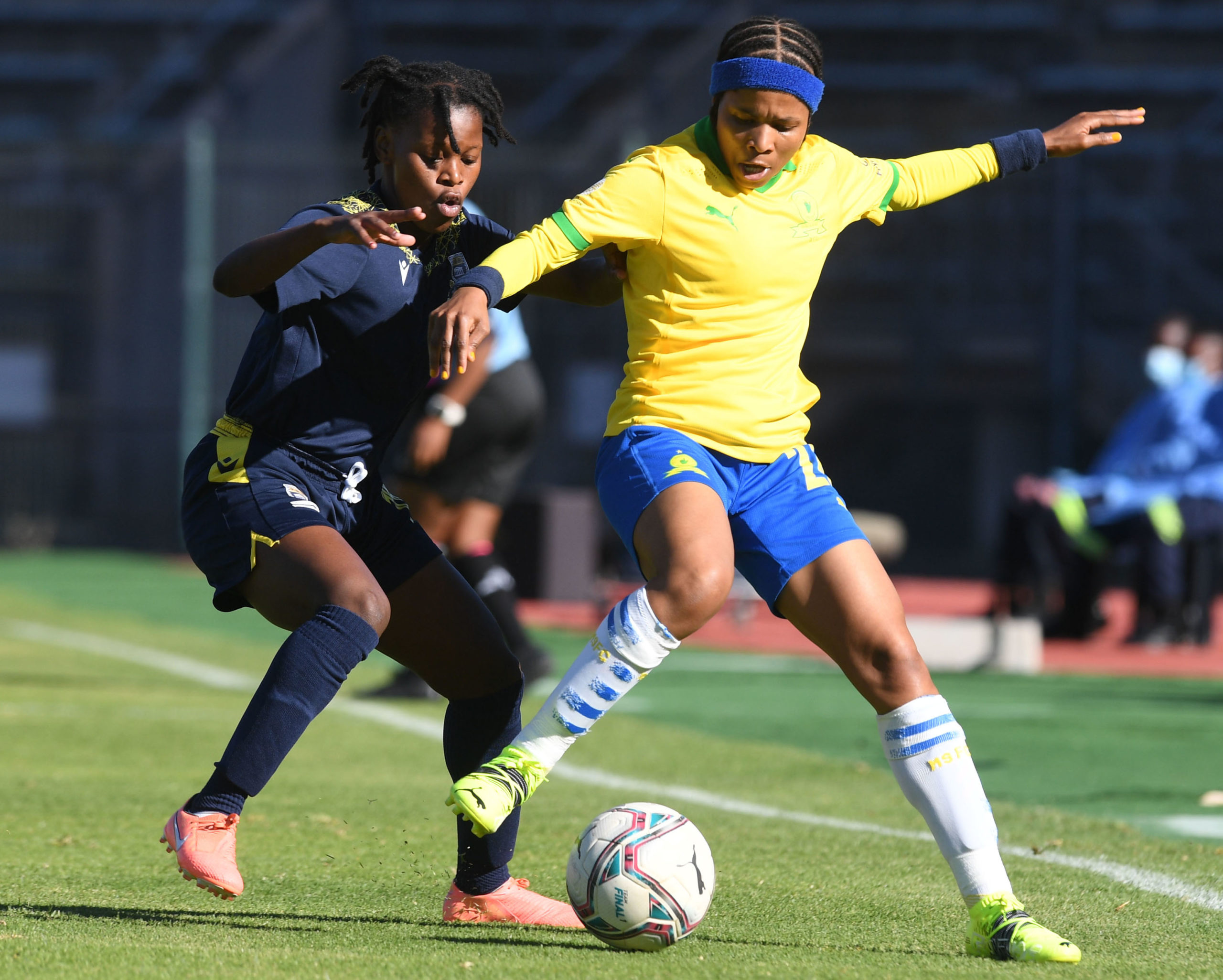