by sandisiwe mbhele
in Africa News
Reading Time: 2 mins read
A A
465
SHARES
1.8k
VIEWS
Share on FacebookShare on Twitter

Lined up as the best buy under R59 and featured in the top 10 wines in the 2021 Prescient Signature Red Blend Report, Chateau Libertas cabernet sauvignon red blend is finally coming in a larger size.

Chateau Libertas red wine is the only South African wine to have the name “chateau”, after the French signed an agreement in 1935 to prevent the use of the term by any local producer.

Nearly 90 years later, the classic cabernet sauvignon is still scoring high among wine lovers, even being the chosen drink for royals in years past.

The farm has hinted at producing a two-litre box of its wine and it will be coming soon, costing R120. The two-litre box has become a top choice for some wine lovers because of its affordability and the uncertainty of booze lockdowns.

A bottle of 1957 vintage fetched R93,800 on a Strauss & Co virtual auction in September 2021 and there will be another auction by Strauss on 15 October.

RELATED: You won’t believe how much this 200-year-old bottle of wine was sold for

If there are studies to prove that drinking wine makes you age better, then the founder of Chateau Libertas – Dr William Charles Winshaw – should be part of the study case.

He created the smooth red blend believing it could be part of a healthy diet for a South African lifestyle. This proved true to himself because he lived to age 96 and worked until he was 92 years old.

Before Princess Elizabeth became the queen, her family, King George VI, her mother Queen Elizabeth I and her sister Princess Margaret visited South Africa in 1947.

Chateau Libertas was the red wine they were served during their visit.

READ NEXT: Wine auctions: What it feels like to witness someone buy a R900k bottle 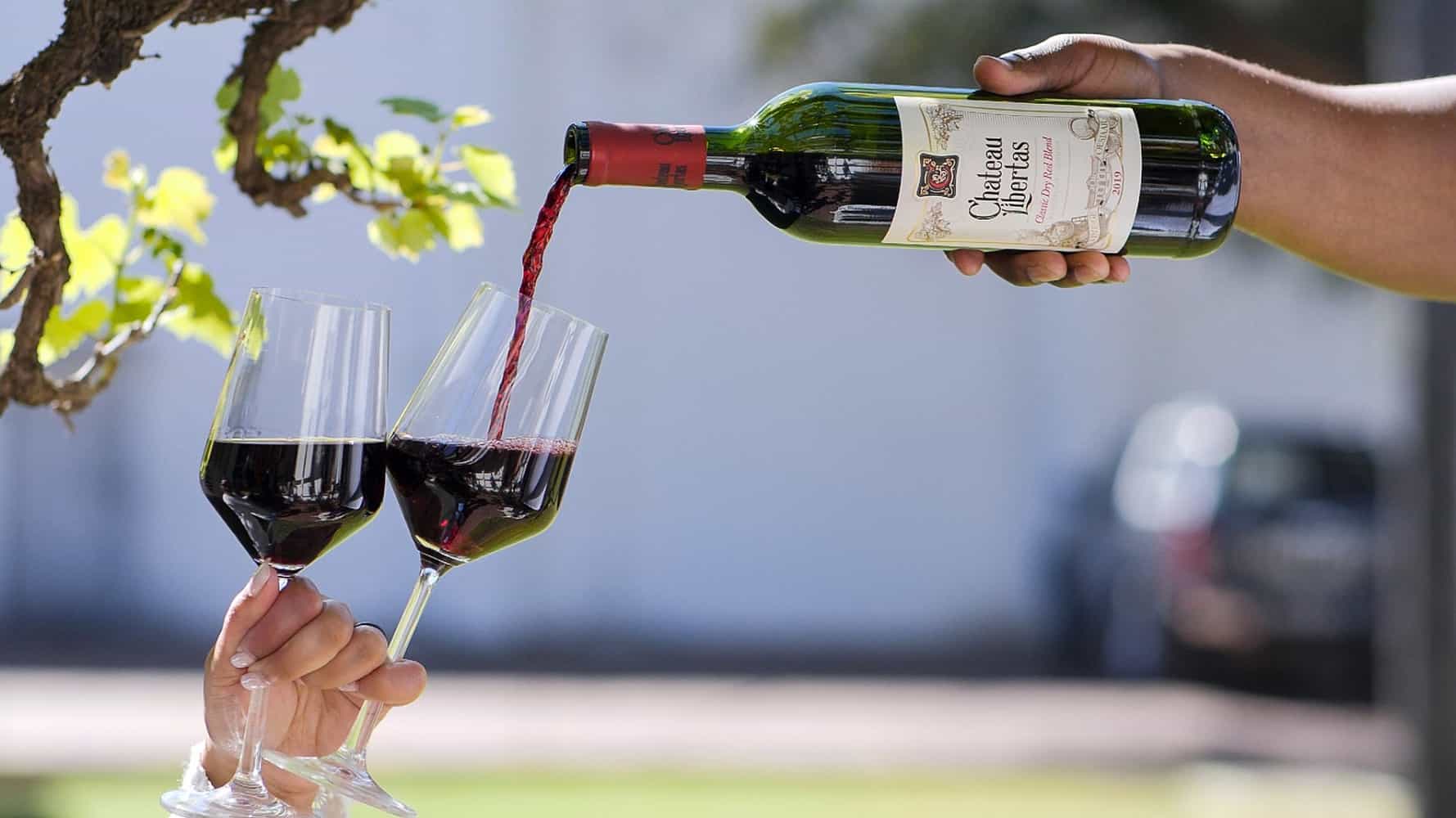