Asia or Africa? Literature Nobel 2021 May Look to New Horizons After Diversity Pledge

by lyndia antes
in Africa News
Reading Time: 3 mins read
A A
464
SHARES
1.8k
VIEWS
Share on FacebookShare on Twitter

Nobel medals are displayed at the laboratory of Alfred Nobel. (AFP File)

Of the 117 literature laureates since the first Nobel was awarded in 1901, 95 — or more than 80 percent — have been Europeans or North Americans.AFP Last Updated:October 07, 2021, 11:37 ISTFOLLOW US ON:Having crowned mainly Westerners in its 120-year existence, the Swedish Academy could award the Nobel Literature Prize on Thursday to a writer from Asia or Africa, following a pledge to make the prestigious prize more diverse.

Literary circles in Stockholm and around the world have been abuzz for weeks with speculation about possible winners. The Swedish Academy will put an end to the guessing game at 1:00 pm (1100 GMT) when it announces the 2021 laureate.

The 18 Academy members are known for cloak-and-dagger methods worthy of a spy novel to avoid giving away any clues, using code names for authors and fake book covers to conceal what they are reading.

But despite all their efforts, the profile of the typical literature laureate has been pretty easy to guess: male, from a Western country often in Europe, usually fairly obscure, and who writes in or has been translated into a language that can be read by the Academy.

Of the 117 literature laureates since the first Nobel was awarded in 1901, 95 — or more than 80 percent — have been Europeans or North Americans. France alone has won 15 times, more than any other country. Glaringly, 101 men have won and only 16 women.

The Academy long insisted its laureates were chosen on literary merit alone, and that it did not take nationality into account.

But after a #MeToo scandal that rocked the Academy — prompting it to postpone the 2018 prize for a year — the body said it would adjust its criteria towards more geographic and gender diversity.

“Previously, we had a more Eurocentric perspective of literature, and now we are looking all over the world,” the head of the Nobel committee, Anders Olsson, said in 2019.

Spoiled for choiceSince then, the Academy has partially fulfilled its promise.

Sandwiched between them in 2019 was Austrian writer Peter Handke — a hotly contested pick due to his support of Serbia’s former president Slobodan Milosevic, who died while on trial for genocide in 2006.

The promise of a broader geographic spread has, however, so far gone unfulfilled. The most recent laureate who was neither European nor American was China’s Mo Yan, back in 2012.

But at the end of the day, “literary merit” is still “the absolute and the only criterion” for the Academy, Olsson reiterated in an interview with The New Republic published this week.

It remains to be seen whether Japan’s Haruki Murakami and Syria’s Adonis, who have been mentioned as possible winners for years, stand a chance.

Among the women frequently cited to become the 17th woman laureate are Joyce Carol Oates and Joan Didion of the US, Canada’s Anne Carson, Russia’s Lyudmila Ulitskaya, China’s Can Xue, Maryse Conde and Annie Ernaux of France, and the mysterious Elena Ferrante, a pseudonym.

A ‘woke’ Nobel?“Is it time for the Nobel Literature Prize to get woke?”, Sweden’s leading daily Dagens Nyheter asked this weekend. Or will the Academy continue down the same old path?

“I always hope for a big surprise — that makes the whole thing much more fun. If they did exactly what we expected, the prize would lose its aura,” said Mats Almegard, literary critic at Fokus magazine.

He said he thought this year’s prize could go to Romania’s Mircea Cartarescu or France’s Michel Houellebecq, the latter considered controversial but of Nobel calibre.

The Academy usually receives 200 or 300 nominations by late January, which are whittled down to five before summer.

The five members of the Academy’s Nobel committee then study the works of those five authors, before presenting their choice to the entire Academy, which votes on a winner shortly before the October announcement.

Their deliberations are kept secret for 50 years.

The Nobel season continues Friday in Oslo with the Peace Prize, followed next Monday by the Economics Prize. 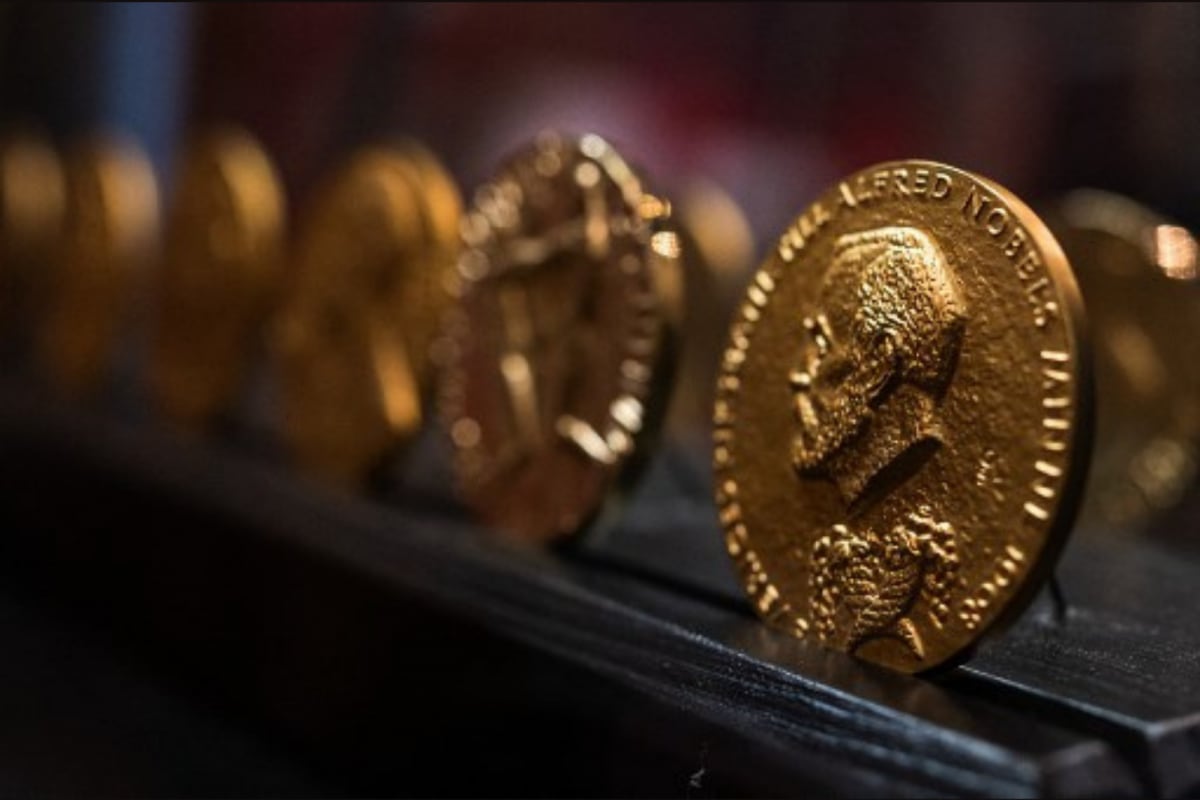