by maribel michaud
in Africa News
Reading Time: 4 mins read
A A
464
SHARES
1.8k
VIEWS
Share on FacebookShare on Twitter

Géraldine Wonzangba is a student like any other all over the world: a chemistry major at the University of Bangui, she is at that age where one can dream about any and everything.  Her dream: to become a teacher and researcher.

In the Central African Republic, access to higher education is a rare privilege: on average, a Central African child is enrolled in school for only 4.6 years of his or her life.  Central African women and young girls like Géraldine are especially vulnerable to a range of risks and obstacles: early pregnancy, gender-based violence, and high rates of maternal mortality (824/100,000).  Géraldine’s journey is therefore all the more impressive, given the many complex challenges in her path.

When I met Géraldine and her friends on my visit to Bangui last week, I was impressed by their willingness to contribute to the development of their country.  These young people show admirable resilience and determination, and yearn for a better future. Their expectations are as great as they are legitimate.  By spending time with them, I was able to gain a better understanding of the magnitude of the task involved in rebuilding this country, weakened as it has been by years of conflict.

The Central African Republic is blessed with enormous potential, both in agroforestry and minerals.  The country’s water resources are a source of envy and its population numbers less than five million inhabitants in a territory the size of France and Benelux put together.  And yet, the country is one of the world’s poorest, classified among the most vulnerable in both the Human Capital and Human Development Indices.

This paradox is the result of the country’s endemic fragility, the roots of which run deep and long.  Long before the country attained its independence, the territory was subject to appalling levels of exploitation of resources that redounded exclusively to the benefit of groups and interests that thrived only in the context of conflict and insecurity.  Since its independence in 1958, the Central African Republic has been beset by a number of serious security crises that were exacerbated by recurring tensions in the region.  In the absence of economic diversification and strong institutions, this development model concentrates wealth in the hands of the elite, deepens inequalities, and foments conflicts.

This pattern has persisted for decades and is worsened by new crises.  With the Covid-19 pandemic and the heightened insecurity in the wake of the last elections, the Central African Republic could lose four years of per capita income growth, and over 3.5 million inhabitants could remain in extreme poverty between 2022 and 2024.  Food insecurity, limited access to basic public services, especially in remote areas, and the deterioration of the humanitarian situation will remain major concerns, especially for the 630,000 Central Africans displaced by the country’s internal conflicts.   Despite this scenario, I remain convinced that the country has the resources to build a resilient and inclusive recovery, one which must, without fail, address the structural causes of fragility.

During my visit, I met a range of actors, both political and economic, as well as representatives of civil society and skilled technocrats, all of whom displayed a determination to fight against the seemingly inevitable, and to make the Central African Republic a leading country in Africa, renowned for its strong and resilient growth and shared prosperity.  This difficult task can only succeed with the involvement of all of the country’s partners and friends.  The World Bank is convinced that its raison d’être is to help countries such as the Central African Republic transform the vicious cycle of crises and conflicts into virtuous cycles of social peace and economic progress.

The way to overcome structural crises is through sustained investments in “human capital”: education, health, support for women and for the main growth sectors.  The statistics clearly show that a mother in better health who is more educated and empowered will have children who are better fed and obtain better results at school.  A population with higher levels of education at all stages of life is the key to sustainable development and poverty reduction.

The situation of dependence and instability associated with extractive resources also needs to be addressed through courageous and transparent reforms. These reforms must include all the key actors and involve the strategic but often competing and conflicting sectors, such as mining, the management of transhumance corridors, land access, and water management.

As it is elsewhere, it is essential for the people of the Central African Republic to have confidence in their institutions and governance framework.  Creating opportunities for them to have a say on the structural reforms needed to change the country’s development path is an essential condition of a new social contract, as well as a guarantee of stability and development.  With this in view, the Central African authorities should follow through on their commitment to relaunch a nationwide dialogue with all the country’s actors and combat all forms of violence and exclusion.

The World Bank has already made major investments in the country’s recovery strategy.  Aware of the importance of strong institutions, we tripled our project and financing portfolio between 2016 and 2020, encompassing all of the country’s socioeconomic development plans, including infrastructure financing designed to mitigate the weaknesses stemming from the Central African Republic’s landlocked status.  We have worked in close collaboration with humanitarian institutions, bilateral partners, and UN agencies to provide urgent and priority services for the people, as well as to promote transformative investments that create jobs and contribute thereby to sustainable development.  It was against this backdrop that I signed, during my visit, the Maingo Project (Maingo means women’s empowerment in the Sango language). The objective of this project is to increase access to health and education services and to promote employment opportunities that empower women and adolescent girls.

While the challenges ahead are many and varied, we must nevertheless respond to the expectations and aspirations of the Central African people.  Transforming promises into results and placing the country on a path of recovery and peace can only be achieved through a substantive and long-term commitment.  We are fully committed to continuing the work already begun.  The future of Géraldine Wonzangba and her friends depend on it. 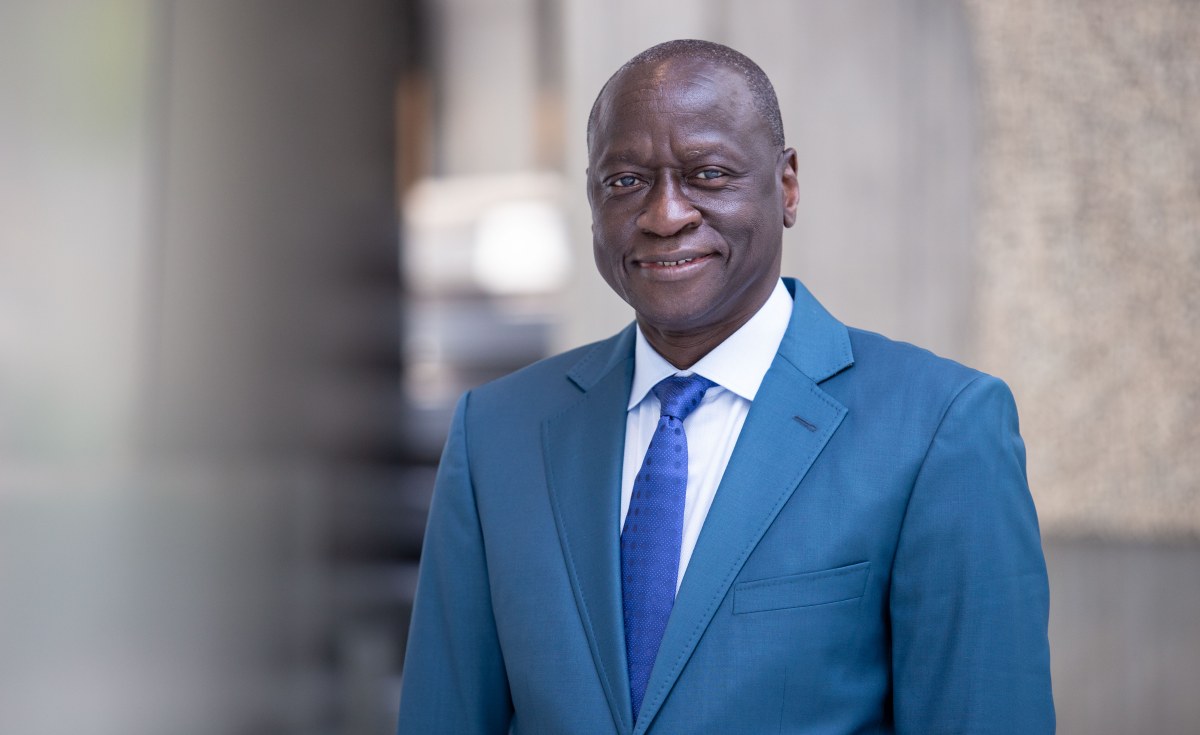