The overhauling of GDP data and missing mining statistics have made it difficult for economists to predict how much the economy grew in the second quarter of 2021.

Statistics South Africa (Stats SA) is due to release a new set of GDP figures on Tuesday, but the recent benchmarking exercise — which pushed up the economy’s growth forecast for this year — as well as missing data on the mining sector, has created uncertainty among analysts.

Last month, Stats SA released its “new and improved” GDP data, which showed that at current prices the economy was 11% larger in 2020 than previously estimated. The statistics agency came to this conclusion by revising the country’s GDP based on new data sources and by using 2015 as its new base year. The previous base year was 2010.

Based on higher weightings to faster growing sectors and upwards revisions to the first quarter results, the GDP forecast for 2021 was lifted to 4.2% year on year.

Tuesday’s GDP numbers will also not reflect the most recent data from the mining industry, because Stats SA has yet to receive June’s mining production and sales figures from the department of mineral resources and energy.

“Given the revisions to the historic series as well as the absence of the June mining production figures, it is more difficult than usual to make a call on the figure,” the Bureau for Economic Research (BER) said ahead of Tuesday’s release.

The BER has forecast quarterly annualised growth to come in at 2.5% to 3% in the second quarter, slightly above the consensus forecast for 2% growth. The annual print is expected to show a large increase in growth (between 15% and 20%) because of the extremely low base recorded in the second quarter of 2020 — the three months hit hardest by Covid-19 lockdowns last year, the BER noted.

Nedbank’s economists similarly noted that the “unavailability of the periodically reviewed and revised first-quarter GDP leaves a degree of uncertainty in the accuracy of forecasting second-quarter growth, as well as the current account balance as a ratio of GDP”.

“Noting this shortcoming”, the Nedbank economists forecast GDP to have grown by an annualised 2% quarter on quarter. On a year-on-year basis, the economy is expected to have rebounded by 18.3% in the second quarter, after shrinking by 3.2% in the first, mainly reflecting the base effects of last year’s strict lockdown.

According to the Nedbank research, growth from the supply side will be supported by mining, domestic trade, accommodation, catering, finance, real estate and business services. “All other sectors, except manufacturing, are also expected to make positive contributions.”

On the expenditure side of the economy, Nedbank’s team noted, the boost will come from a favourable net export position, supported by strong global demand and surging commodity prices, combined with moderate growth in consumer spending. A rebound in fixed investment activity will also offer support to growth.

Investec economist Kamilla Kaplan said in a note on Monday that GDP was likely to have moderated in the second quarter based on slower activity on both the production and consumption side.

Advance indications provided by economic releases, Kaplan said, suggest that the manufacturing sector detracted from GDP in the quarter, and that activity slowed in the trade sector.

“The start of the third wave of Covid-19 infections in June and the deterioration in consumer personal finances in [the second quarter], linked to the termination of the Covid-19 social relief grant in March; [as well as] the increase in food and fuel prices and unemployment will have had an impact,” she said.

Investec has not forecast quarterly annualised growth, because Stats SA will also cease

annualising the headline rate for GDP. Its economists thus project quarter-on-quarter, seasonally adjusted growth of 0.9%, compared 1.1% in the first part of 2021. 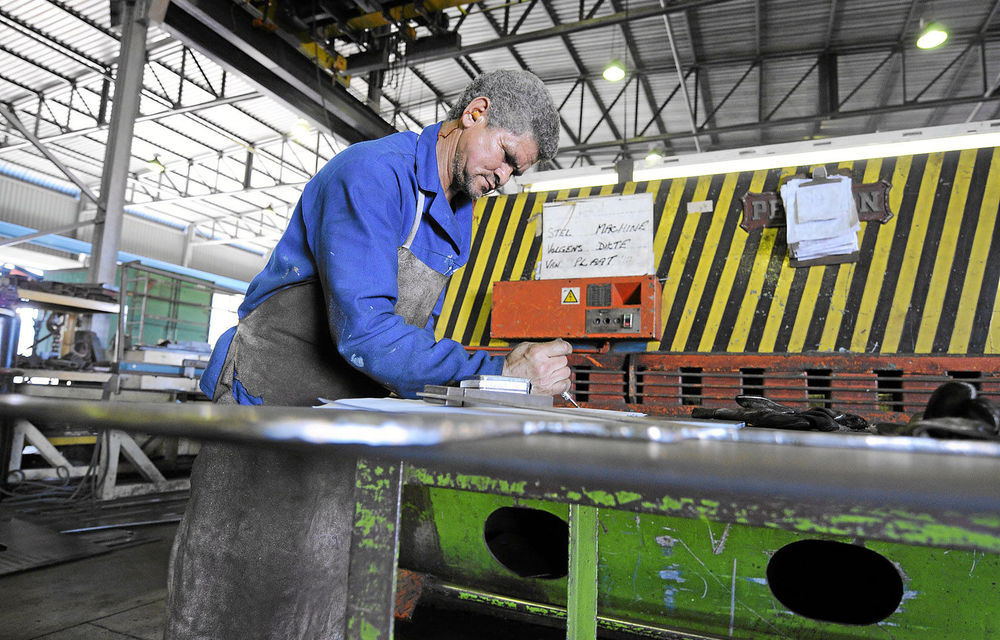