by george ogala
in Africa News
Reading Time: 4 mins read
A A
465
SHARES
1.8k
VIEWS
Share on FacebookShare on Twitter

The former vice-chancellor of the Lagos State University (LASU), Ojo, Fagbohun, has enjoined Nigerian universities to lead discourse around intergenerational contracts towards addressing the contemporary challenges facing Nigeria, and Africa by extension.

The professor of environmental law and Senior Advocate of Nigeria gave insight into how wide intergenerational gaps have significantly contributed to the difficulties being experienced by successive administrations in finding lasting solutions to the myriad of problems facing the country.

According to Mr Fagbohun, each generation has its unique strengths and weaknesses, and until cross-fertilisation of ideas among representatives of each of the available generations is done, the country and, indeed, Africa, may not be out of the woods.

Mr Fagbohun spoke on the theme; “Towards Harnessing Intergenerational Opportunities for Inclusive Growth and Development in Nigeria,” as the guest lecturer at the 10th convocation ceremony of the Osun State University.

He said the Nigerian universities, such as Harvard University has reportedly done, must research into the working systems of apprenticeship of the Southeastern region of Nigeria; the ‘Esusu’ guild of collaboration culture of the Southwestern people, among others.

He said until such a time when the beauties of the past are combined with the modernity of the present with its technological advantage, the continent of Africa, and Nigeria in particular, may continue to grope in the dark.

Reasons for intergenerational exchanges
A 30-page lecture, a copy of which was made available to PREMIUM TIMES, provides its sound footing for intergenerational contracts and opportunities in the efforts of global organisations such as the United Nations towards finding solutions to such problems as ageing population, family life and as embedded in the Sustainable Development Goals (SDGs).

He said; “The development of intergenerational relations has not just been informal or serendipitous. In April, 2002, Member States of the United Nations adopted the Political Declaration and Madrid International Plan of Action on Ageing. The emphasis was on the mainstreaming of ageing and older persons into policies and planning.

“In 2007, the General Assembly adopted a supplement to the World Programme of Action for Youth. It among others proposed action on strengthening families and bolstering intergenerational solidarity. In 2009, United Nations International Experts Group meeting on ‘Family Policy on a Changing World: Promoting Social Protection and Intergenerational Solidarity’ recommended building partnerships and cooperation between youth and older persons organizations.

READ ALSO: LASU: 76 bag 1st Class at 24th convocation
“In 2012, the Commission for Social Development adopted ‘Advancing Social Integration and Intergenerational Solidarity’ as one of the themes of the preparations for the twentieth anniversary of the International Year of the Family, 2014. Many issues related to intergenerational contracts are also deeply engrained in the Sustainable Development Goals.”

He, however, cautioned that these ideas as advanced by the United Nations, cannot be adopted hook, line and sinker without domesticating it on the continent, saying while ageing population could be the trouble with Europe, a booming younger population is the challenge of the continent.

“So, we must situate our problems properly and locate the solutions within rather than blanket endorsement of the idea.

“In the context of development, the focus of intergenerational contracts is that people of different generations should work together to address social problems. Rather than have philanthropy of the rich to the poor, intergenerational contract enjoins collaboration and partnership of different generations towards the achievement of a common goal of better living standard and equitable income.

“Intergenerational contract is holistic in approach and recognises that the multifaceted challenges facing the society require solutions that involve all generations within their different social support networks, working together in a coordinated manner to think fresh, spot opportunities, and creatively find new paths to ensure the well-being of all,” Mr Fagbohun said.

Why mentorship matters
According to the lecturer, the craze for freedom and independence by the younger generation of Nigerians should be discouraged, saying mentorship cannot be ruled out on a journey to sustainable excellence.

He commended the management of the Osun State University for introducing a seed capital to support graduates with entrepreneurial skills and innovations. He, however, suggested that beyond the seed money, these young innovators should be attached with successful business men and women who can reproduce themselves through the young graduates.

“This is where the apprenticeship culture of the Igbos comes in. The leverage of intergenerational opportunities for inclusive growth and development is not new to Africa and in particular, Nigeria. For instance, up to Harvard University, the Igbo apprenticeship system of South-eastern region of Nigeria (locally known as ‘Igba–Boi’) has been the focus of research.

“Under this apprenticeship arrangement, a man trading in the city returns to his traditional community to pick young adults (usually boys) from poor families and trains them in the line of his business. They would serve him for some years, and during this period of apprenticeship, they are not paid. He feeds, clothes and houses them. Upon completion of their apprenticeship, he invites his kinsmen, business partners and others to a ceremony where he “settles” the young adults, that is set them up in business. He sends them business opportunities to ensure that they thrive. By the time these young adults are stable in the business, they also go back to the community to bring other younger adults.” 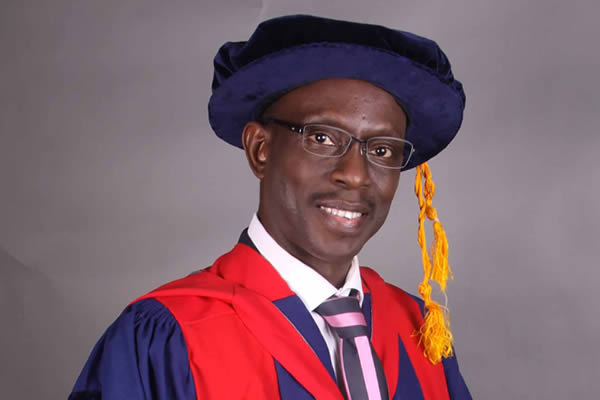