by barbarians
in Africa News
Reading Time: 4 mins read
A A
465
SHARES
1.8k
VIEWS
Share on FacebookShare on Twitter

Two more of South Africa’s world-beating pack have been confirmed alongside Wallabies star Quade Cooper to play for the Barbarians against Samoa at Twickenham on November 27 for the Killik Cup.

Steven Kitshoff, a formidable presence during the Springboks’ epic win over New Zealand in the Rugby Championship last weekend, will make his second appearance for the world-famous Barbarians alongside another pillar of the Rugby World Cup 2019 triumph in Japan, debutant Barbarian Frans Malherbe.

A winner at the Junior World Cup in 2012, prop Kitshoff has proved a worthy successor to the celebrated Tendai ‘The Beast’ Mtawarira, developing rapidly from a Test novice into one of the best on either side of the scrum.

Kitshoff and Malherbe, in action during all three Tests of the series win against the Lions last summer, will join the BaaBaas along with two more Boks, hooker Malcolm Marx and the Ulster-bound No. 8 Duane Vermeulen.

The presence of a quartet with a combined weight of almost 500 kilograms will give BaaBaas head coach Dave Rennie the luxury of picking half the pack whose collective power provided the foundation of South Africa’s 20-point win over England in the Rugby World Cup final at Yokohama.

Pablo Matera, who captained Argentina to their historic win over the All Blacks last year, is another major figure in the Twickenham squad with more names to be announced in the coming weeks.

Rennie, whose Australia squad finish their Autumn Series against Wales in Cardiff on November 20, will have at least four of the Wallabies side at his disposal in the famous Barbarian black-and-white – Quade Cooper, Len Ikitau, Nic White and Pete Samu.

Recalled to the international stage after an absence of four years, Cooper responded by playing a pivotal role in back-to-back doubles against South Africa and Argentina – a four-in-a-row first for the Wallabies in the Rugby Championship.

The veteran fly-half will be 35 when the next Rugby World Cup comes around in two years’ time, but Rennie has no doubts about Cooper’s ability to be there on merit.

Ikitau has already proved himself one of the best international newcomers of the year. The Brumbies’ centre, 23 last week, credits a former England A fly-half for his meteoric rise: Shane Drahm. An Australian picked for England’s second string in 2006 during his time at Worcester, Drahm discovered Ikitau as rugby coach at Brisbane Boys’ College.

Scrum-half White spent three seasons in the Premiership at Exeter before re-joining the Brumbies. Back row forward Samu, another Brumby, has renewed his Wallaby career under Rennie after falling out of favour with the previous coach, Michael Cheika.

More than 35,000 tickets have already been sold for the Barbarians’ autumn fixture with club President John Spencer promising spectators “an unforgettable rugby experience.”

Samoa, who lost a thriller 27-24 to the Barbarians at London’s Olympic Stadium just before the Rugby World Cup 2015, regards the Twickenham fixture as a financial lifeline. Their reward is likely to be a six-figure sum, manna from heaven for the development of the game in Samoa.

‘’The Barbarian Football Club has a long tradition of helping many nations across the rugby world,’’ a spokesperson says.

‘’It goes all the way back to the very first international the club played, against Australia in Cardiff on New Year’s Day 1948.

‘’The Wallabies needed money to pay for a roundabout trip home via Canada. The Home Unions’ Tours committee awarded the Barbarians the fixture and it proved a great success in helping the Australians foot the travel bill. We are very happy to be continuing that great tradition.’’

Barbarian Women will take on a Springbok Women’s XV following the men’s match at 5.15pm and ticket prices include both matches. Secure your seats early and be part of the action from *£35 for adults and kids *£15. Visit: www.ticketmaster.co.uk/barbarians

Killik & Co is one of the few remaining independently-owned Wealth Managers, established over 30 years ago to make the benefits of investing accessible to all. Killik & Co has been sponsoring the Barbarians’ UK matches since 2009, and recognises the passion, spirit and skill of the team as qualities in common.

Press release distributed by Pressat on behalf of Barbarians, on Monday 4 October, 2021. For more information subscribe and follow https://pressat.co.uk/ 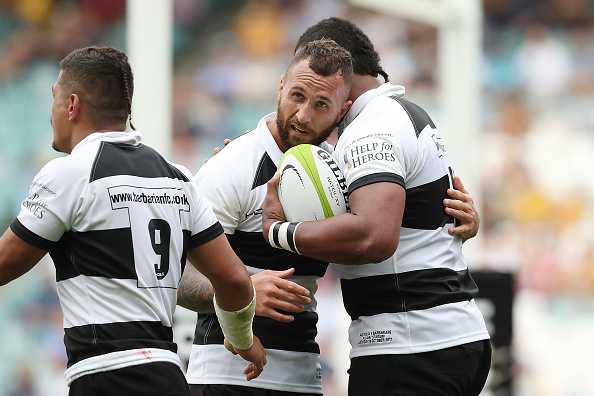 OP-ED: Why the Bangladeshi taka is now the South African rand’s most important cross-rate (Part Three)

OP-ED: Why the Bangladeshi taka is now the South African rand’s most important cross-rate (Part Three)