by afp
in Africa News
Reading Time: 1 min read
A A
465
SHARES
1.8k
VIEWS
Share on FacebookShare on Twitter

Elton Jantjies nailed a penalty after the final hooter as world champions South Africa snapped a three-Test losing streak to stun New Zealand 31-29 on Saturday in a Rugby Championship thriller.

Damian de Allende and Makazole Mapimpi scored tries in the gutsy win as they bounced back from 20-14 behind at half-time, with the lead changing hands four times in a breathless final five minutes.

It was sweet revenge for the Springboks after a bitter last-gasp 19-17 defeat to New Zealand a week ago, which came on the back of two successive losses to Australia. 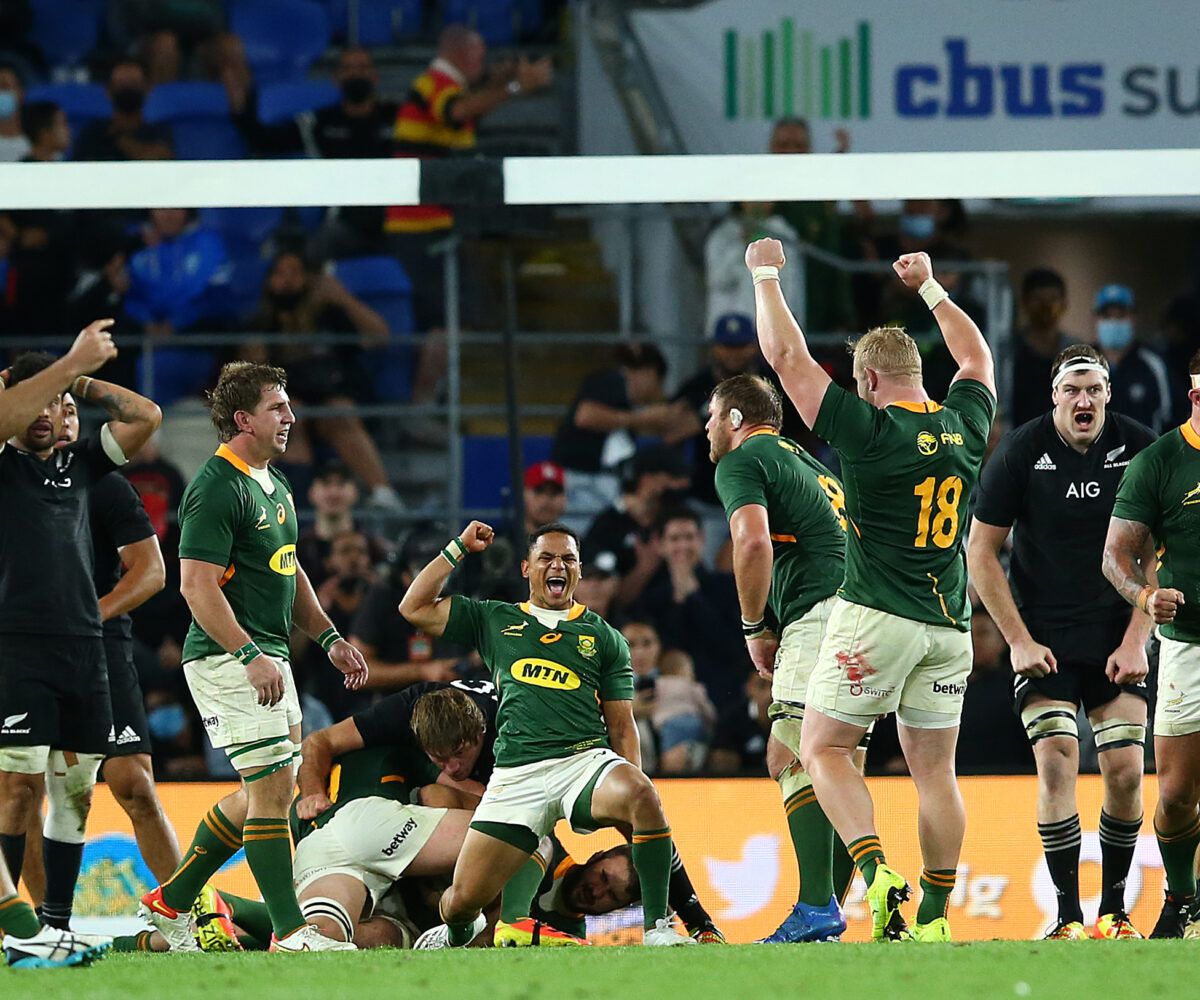