Exclusive: Uganda’s Museveni says Guinea coup leaders ‘should get out’

by marc perelman
in Africa News
Reading Time: 2 mins read
A A
464
SHARES
1.8k
VIEWS
Share on FacebookShare on Twitter

In an exclusive interview with FRANCE 24, Ugandan President Yoweri Museveni condemned this week’s coup d’état in Guinea, describing it as “a step backwards”. The Ugandan president said the coup leaders should face sanctions and “get out”. Museveni also discussed several other security topics concerning Africa, as well as the Afghan crisis.

Speaking to FRANCE 24’s Marc Perelman in the Ugandan city of Entebbe, President Museveni condemned Sunday’s coup d’état in Guinea, describing it as “a step backwards”. The Ugandan president said the coup leaders should face sanctions and “get out”.

Asked about the Afghan crisis, Museveni said his country had agreed to temporarily resettle some 2000 Afghans on its soil at the behest of the US government, brushing aside concerns that they might be a security threat. He added that he felt the US had erred in Afghanistan by trying to “fight other people’s wars”.

Turning back to Africa, he warned that he might pull Ugandan troops out of Somalia amid infighting between that country’s leaders, something he described as “political AIDS”.

Museveni claimed that a jihadist group that took control of an oil-rich area in northern Mozambique a few months ago was tied to the Allied Democratic Forces (ADF), a Ugandan Islamist group operating in eastern DR Congo. He announced that he is ready to intervene militarily in that region against the ADF and is waiting for approval from DR Congo before going ahead.

The Ugandan leader blamed Rwandan President Paul Kagame for shutting the border between the two countries two years ago and denied claims by Kagame that he was acting like the master of the region.

Finally, Museveni announced that a probe into the killings of more than 50 protesters during the last presidential campaign in November 2020 would be made public and promised that those responsible would be prosecuted.

He also denied having been scared by the prospect that Bobi Wine, his main challenger, could win the election. He added that he was ready for dialogue with his rival. 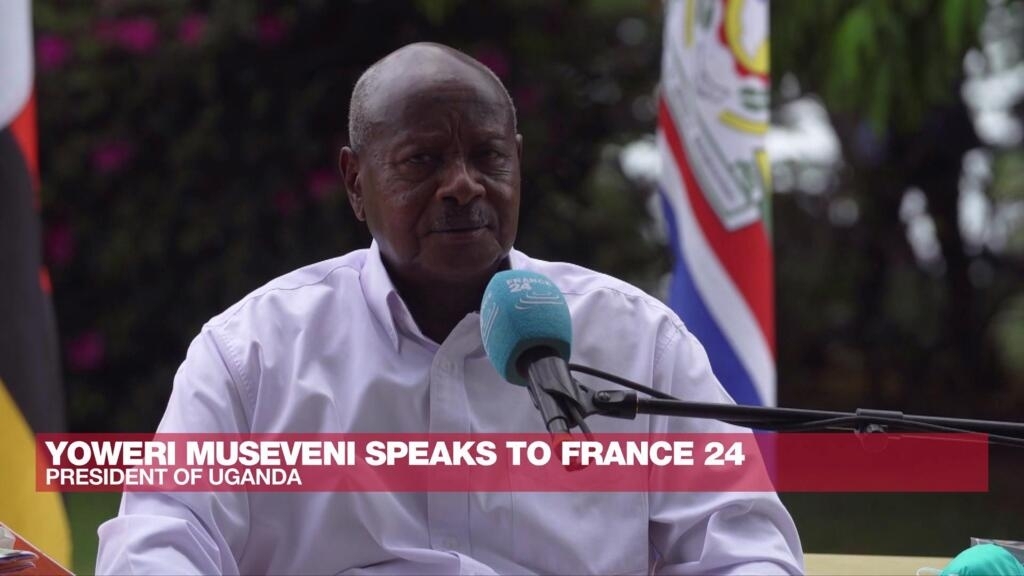