by david gormezano
in Africa News
Reading Time: 4 mins read
A A
465
SHARES
1.8k
VIEWS
Share on FacebookShare on Twitter

No more cycling alone through the streets of The Hague to get to meetings for Dutch Prime Minister Mark Rutte. On September 27, Dutch daily De Telegraaf reported that the Royal and Diplomatic Security Services have deployed personal security guards to protect the prime minister, who is believed to be under threat from the Mocro Mafia.

The group operates out of the Netherlands and Belgium and controls a third of all cocaine traffic in Europe. One police union chief said in 2019 that the Netherlands was becoming a narco-state. The 2014 novel “Mocro Maffia”, co-authored by Marijn Schrijver and Wouter Laumans, coined the term and brought the criminal gang to the public’s attention, recounting how a group of Moroccan jewellery thieves in Amsterdam created one of Europe’s most powerful criminal organisations. After its success in the Netherlands, the book was made into a TV series.

The murder of prominent investigative journalist Peter R. de Vries was a huge shock for the country. The 64-year-old was shot in broad daylight on July 6, 2021, after leaving a television studio in central Amsterdam. He died nine days later. Dutch media say that his suspected murderer was acting on the orders of Ridouan Taghi, leader of the Mocro Mafia, who was arrested in December 2019 and is currently in a Dutch prison.

De Vries was acting as a spokesperson for Nabil B., a former gang member turned informant, when he was shot. His assassination followed the September 2019 murder of Derk Wiersum, Nabil B.’s lawyer. Two Dutch media outlets, Panorama and De Telegraaf, were also targeted after publishing investigative pieces in which they named Mocro Mafia bosses.

From cannabis to cocaine

Founded in the 1990s, the group is made up of dozens of different clans that traffic cocaine and synthetic drugs through Europe. Its name comes from the Dutch slur “Mocro”, used for people of Moroccan descent living in Belgium or the Netherlands. The organisation’s motto is, “Wie praat, die gaat” – “Whoever talks, dies”.  The organisation began by smuggling hashish from Morocco to Europe before growing into one of the most powerful cocaine trafficking cartels in the Netherlands and then in Belgium in the 2010s.

“They started in the ’90s selling cannabis resin. They know the people who sell it in the [Moroccan] Rif region and became skilled in contraband. Then some of them branched out into cocaine, which is a lot more lucrative. They were able to get direct contacts in areas where it is produced and then establish themselves as major players in the industry, which before was a monopoly controlled by Italian mafia organisations like the ’Ndrangheta,”  explained David Weinberger, an associate research fellow at the French Institute for International and Strategic Affairs (IRIS) and an expert in illicit drug trafficking.

By developing direct links with Colombian and Mexican cartels, the Mocro Mafia traffic cocaine through the ports of Antwerp and Rotterdam. Police drug hauls at the ports have become increasingly common, and Europol now considers Belgium and the Netherlands to be the nerve centre of cocaine trafficking in Europe.

“There have recently been seizures of dozens of tonnes of cocaine, which is huge. To give you an idea, the annual consumption of cocaine on the French market in 2010 (the most recent available data) is estimated to be 15 tonnes,” said Weinberger.

According to investigations by Dutch journalists, one man has been at the head of this gigantic operation between 2015 and 2017: Ridouan Taghi, the son of Moroccan immigrants, who has made a name for himself through his extremely violent methods.

Taghi was arrested in Dubai in 2019 and stands accused of having ordered the assassinations of nine people. His trial began in Amsterdam in March 2021. The 43-year-old is currently being held in a high-security prison in Vught in the Netherlands. Many of those who have testified at his trial have asked for anonymity, fearing reprisals from the Mocro Mafia.

Ridouan Taghi in the United Arab Emirates before being extradited to the Netherlands. © Politie.nl

Taghi controls an empire worth millions of euros and is suspected of having a direct link to Colombian cartels. His suspected right-hand man, Saïd Razzouki, was arrested in the Colombian city of Medellin in February 2020.

Frédéric van Leeuw, Belgium’s federal prosecutor, said that after the peace deal signed between the government and FARC rebels in Colombia in 2016, European criminal organisations “shortened their supply chains”. Since then, the Calabrian ’Ndrangheta and the Mocro Mafia have become “major players in their own right in cocaine trafficking”. In an interview with the French newspaper Le Monde, van Leeuw said “the open violence perpetrated by mafias is akin to terrorism”.

“The goal is to scare people,” he said. “Only by using the politics of fear can they get what they want.”

With Rutte’s increased security detail, the Mocro Mafia has succeeded in its latest attempts at intimidating journalists and Dutch authorities.

“What is certain is that the way in which drug trafficking groups in Western Europe operate is similar to what you see in Mexico,” David Weinberger told FRANCE 24. “That is, terrorising people by sending these kinds of strong messages that public authorities consider a risk. Italy has seen this with the killings of anti-mafia prosecutors.”

There is no concrete evidence to suggest that Ridouan Taghi is directing this campaign of intimidation from his jail cell. But it is feared he may try to threaten or silence those who are called to testify during his trial. The court was due to hear testimony from De Vries before he was assassinated.

The trial, which is set to last into 2022, could also shed light on Taghi’s alleged involvement in the killing of Nabil B.’s lawyer Derk Wiersum.

This article was translated from the original in French. 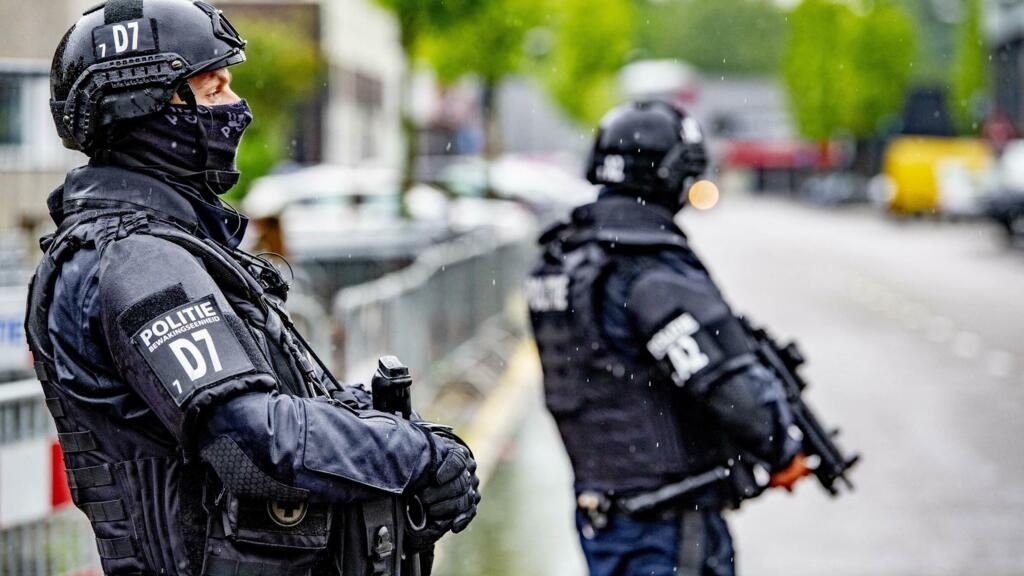 News24.com | Monetary reward for SA’s Tokyo heroes: ‘In time of depression, sport came to the fore’

News24.com | Monetary reward for SA's Tokyo heroes: 'In time of depression, sport came to the fore'