by global times
in COVID-19
Reading Time: 4 mins read
A A
465
SHARES
1.8k
VIEWS
Share on FacebookShare on Twitter
ADVERTISEMENT

DELTA SURGE A medical worker takes swab samples from a child during mass testing for Covid-19 at a residential block in Wuhan in central China’s Hubei Province on Aug. 3, 2021. China suspended flights and trains, canceled professional basketball league games and announced mass coronavirus testing in Wuhan on Tuesday as widening outbreaks of the Delta variant reached the city where the disease was first detected in late 2019. AP PHOTO

BEIJING: China has put the latest wide-spread outbreak under control in 35 days as zero domestic confirmed Covid-19 cases were registered on Tuesday in the country despite that an asymptomatic case was reported late that day, a result that experts said proves the effectiveness of China’s anti-epidemic model.

Since the first cases in the latest outbreak that started on July 20 in an airport in Nanjing, capital of East China’s Jiangsu Province, the latest round of epidemic surge affected more than 10 provinces and regions. It is regarded as the widest-spread one since the Wuhan outbreak in 2020 and the number of daily new cases at a time exceeded 100.

A Beijing-based immunologist told the Global Times on condition of anonymity that with this zero-tolerance model of fighting the virus, China was able to stamp out the epidemic surge in 35 days. In the future, China’s response could be faster and more precise as the country is ready to tweak it anytime in the face of more emerging mutations and the pandemic situation.

China’s zero-tolerance method of the epidemic coping strategy will continue. At the same time, the immunologist suggested boosting efforts in promoting vaccinations to slow down transmissions and reduce severe illness as well as give booster shots for frontline workers.

After 35 days, the Global Times found that over the weekend, places, such as Beijing, Jiangsu and Southwest China’s Sichuan, announced they would gradually lift restrictions and restore normal life and production.

Since Monday, those who leave Nanjing will not need to present negative nucleic acid test results. Those who intend to enter Nanjing from low-risk regions will only need a green health QR code and normal temperature. Public transportation within the province has also normalized.

Zhengzhou, capital city of Central China’s Henan Province, which has registered zero domestic confirmed cases for eight days, was cleared of all high-risk regions. Buses and taxis, and car-hailing platforms within the urban downtown resumed operations on Monday.

The country eliminates the virus in the latest flare-ups the same way China swiftly contained the outbreak in 2020. But this time, the country has been reacting more precisely in tracking down close contacts and enforcing lockdowns, ensuring the overall normal operations of people’s lives and production despite the Delta sweeping dozens of regions, Wang said.

With the Delta variant spreading, for example, Beijing ran normally and only locked down several communities after confirming cases and people in Wuhan lined up to take tests in an orderly and calm manner, and the city only had dozens of communities sealed off.

To detect potential cases, Yangzhou rolled out 12 rounds of massive nucleic acid tests, Nanjing had organized seven rounds and Zhengzhou is conducting the fifth round of testing. Once positive cases were found, they and their close contacts would be quarantined and treated.

Some problems were revealed as experts pointed that the poor management of cleaning workers in both Nanjing and Zhengzhou fueled the spread of the Delta variant from the Nanjing Lukou International Airport to other provinces and loose management was exposed in crowded public places, such as mahjong parlors in Yangzhou, making these places the “eye of the storm” in this round of the epidemic.

In the early stage of the epidemic surge, Nanjing was also blamed by the public and some experts as it has been comparatively slow in taking action and conducting epidemiological investigations.

It is a big lesson to learn from this round of the epidemic related to Nanjing and Zhengzhou that staff members at airports and designated hospitals should be subject to regular testing and other strict epidemic control measures along with cargo and objects.

Controlling the infection source and cutting off the infection channel are the two main ways to prevent and control any epidemic resurgence in China. If the people involved fail to do a good job in daily health monitoring and protection, they will ignite fresh flare-ups anytime, Wang said.

The Joint Prevention and Control Mechanism of the State Council on Monday released a notice requiring hospitals and local governments to give more efforts to optimize the arrangement of epidemic controlling personnel within hospitals, not reduce their salary to consolidate the hard-won achievements in the epidemic.

Some experts also said that in the latest outbreak, the timely punishment of officials who were slack in the fight against the epidemic is also part of the anti-epidemic Chinese model, which proves effective.

At least 70 officials were given penalties, some of whom were removed or dismissed from their posts and others were warned for dereliction of duty in dealing with the local Covid-19 outbreak.

Holding derelict officials accountable at a moderate level helps enhance China’s prevention and control measures given the fact that maintaining a high-level guard in China is difficult in nature due to the huge population, large number of ports, vast territory and different levels of management in different regions across China, a senior official at the Chinese Center for Disease Control and Prevention told the Global Times on condition of anonymity. 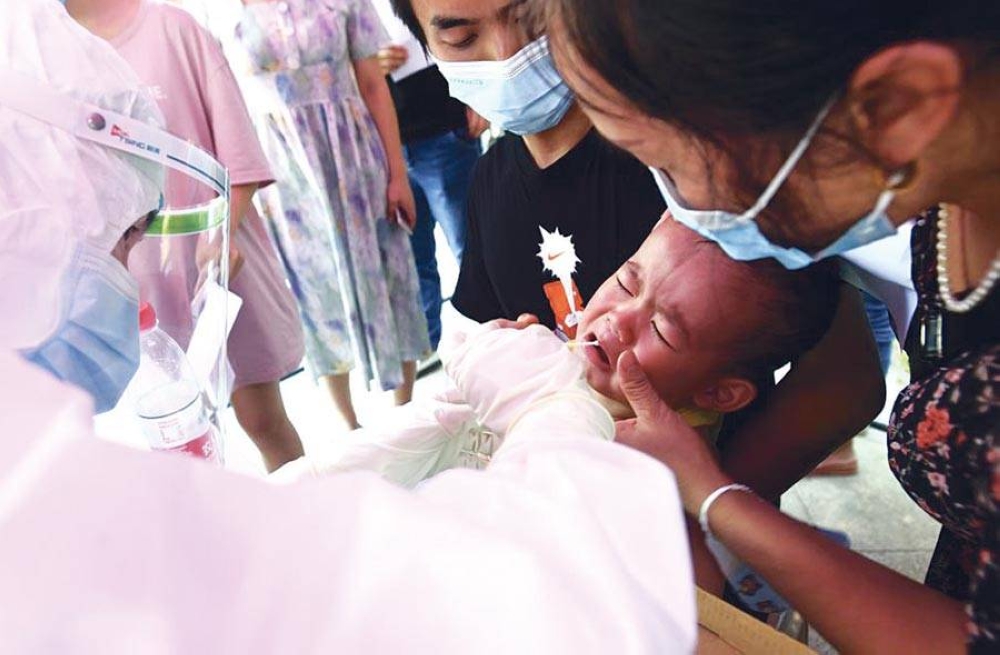