by pulse mix
in Africa News
Reading Time: 5 mins read
A A
475
SHARES
1.8k
VIEWS
Share on FacebookShare on Twitter

Dr. Richard Okoye and his team are now on this mission for Africa.

Dr. Richard Okoye is the chairman of “save a life group” consisting of save a life medisoft limited (a software developing company based in the USA), save a life group of hospitals and ISO certified groups of hospitals with zero hospital acquired infection status, equipped with the first digital carth lab for heart, neuro and cardiovascular diseases, kidney dialysis and transplant facility, spine, orthopaedic and painless minimal neuro-plasma surgeries, IVF and so on.

Dr. Richard Okoye is the author of 25 best-selling books and presenter of the popular radio TV show “You and Your Health” running in Nigeria and Ghana.

Dr Richard okoye is set to launch first fully digitalized hospital in the world, the first digital medical university and research institute which includes amongst other specialities medical hardware and software technologies. He is the founder of the first medical app “Dr save a life” app that comes in different languages including Nigeria’s major languages.

In an interview with Dr. Asif Khan, the international Director for Doctors SaveAlife Foundation, he narrated how he met with Dr. Richard.

Interviewer: I’m completely intrigued by your story. If there’s anything I want to know, it is how you overcame the temptation of rejecting the offer of $20 million. We are not talking about naira, we are talking about USD and this was when you were much younger. You faced that opportunity and somehow you resisted the temptation. How did it happen?

Dr. Richard: I actually didn’t see that as a temptation because money was not the driving force. There was no personal ambition trying to fuel the acceptance of such. What I will rather say is that the passion revolutionize the health care system in Africa overrides the ambition of the acquisition of that money at that particular point in time.

Interviewer: Going by your background, I have come to read about your updates and I have also done a few questions and asked a few, I realized that you haven’t come from a family that you would say are of… status, even though that is what you are now. How then were you able to grow your success story from that point till now?

Dr. Richard: I solely agree with you because that has been the problem of many young entrepreneurs. When people have a vision, talent or a potential, they usually see capital or when it has to do with the bank, you’re talking about the issue of I don’t have collateral on the basis of background. Although there is one fundamental thing I want to let you know about. There is what is called universal currency.

Universal currency for the pursuit of any global vision is not money but a track record of trust. Financial integrity is the most important dimension of it. If I look at how we started, in 2010 I borrowed 500, 000 naira from a microfinance bank, premium microfinance bank precisely. Then we paid back. Not just only paying back, we maintained a relationship with the bank. They saw our track record.

When they saw the way we were going, they gave me 6 million naira. From that 6 million, we grew and our track record was there. One interesting thing I want to say is not everybody may believe your vision, not everybody may believe your potential because when they moved us to first bank hoping that the bank will have a bigger capacity to be able to fuel the vision they were seeing, unfortunately, first bank turned it down on the capacity of perhaps not believing in it.

That brings us to the fact that it does not matter even when people don’t believe you continue what you are doing because the most fundamental thing in vision is abundance by the time or in the beginning. The great thing about vision is even when other people don’t believe you, you still believe in yourself. Incidentally a man with a dog eye, the MD and CEO of access bank, Dr. Herbert Nwigwe, when he came in and saw the carcass, he believed in it and he was able to support us with funding to finish.

So the track record enabled us to have billions of naira projects with access bank. I didn’t need to be the brother or knowing CBN governor or knowing all the people in Aso rock for me to have access to CBN. It was the same track record, the universal currency. Also when we needed to have a 900 million naira project regarding our … into the carth lab and all that, the CBN naturally came in because the track record was there. The currency of trust is what most young entrepreneurs tend to lack.

Dr Richard: the truth of the matter is that no bank is interested in selling your property or the collateral you have and all that. That is why most times they want you to have your financial projection. Can we see this thing you believe in? Let’s see it how you come up across couple of months or a period of time.

However, he was busy building a track record of this universal currency which is trust. So when he came in to the public financial domain, it was as though he entered the natural habitat.

Interviewer: going by everything I have read and seen about you, you had lots of opportunities for you to remain in the United States of America and to become a citizen but you are still here in Africa, Nigeria where we have youths leaving everyday, scrambling for anywhere at all outside Nigeria. What convinces you to stay here?

Dr. Richard: in that regard, I would say that I have a personal belief of predestination of purpose. Jesus made a statement. He said for this purpose and cause was I born and I looked at it that if God brought me and made me to be born in Nigeria, then there is a purpose for which I am here.

So having whatever we are doing in the United States and all that does not negate the fact that there is a reason to be here and most importantly, let me tell you something. Nigeria is the richest country in the world. I don’t stand being corrected because I know what I’m talking about. The fact is that Nigeria is very rich. Rich in problems and however, it is looking for those that will solves these problems to become billionaires and you can be one of them. So seeing the situation in the respect of young people running out of the country, is because I will say they have not seen well.

Dr Richard Okoye is set to launch the first 5G compatible robotic surgery equipment in Africa. In his effort to build a robust healthcare system in Nigeria, Dr. Richard Okoye has sponsored the training of doctors in areas centered abroad. He has also supported various hospitals in health care improvement and equipment. One of the doctors in his hospital also had this to say.

Dr. Richard Okoye and his team are now on this mission for Africa. 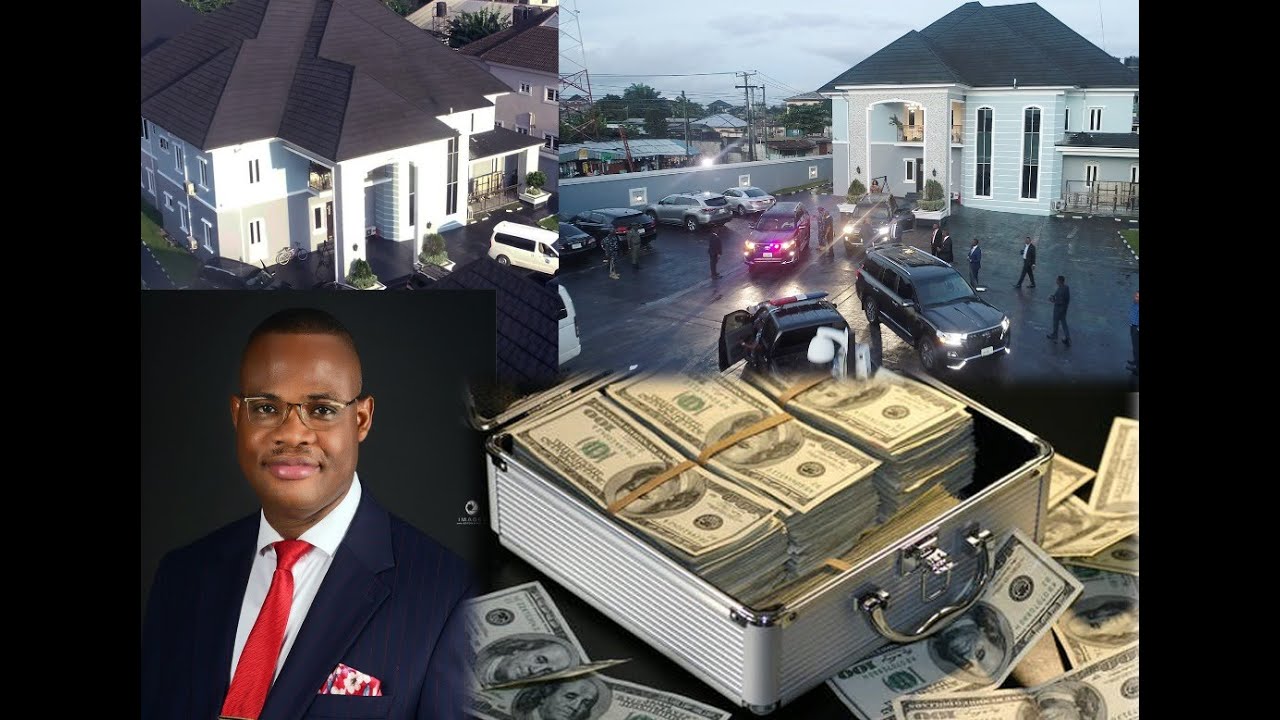