by buffy klemp
in Africa News
Reading Time: 2 mins read
A A
464
SHARES
1.8k
VIEWS
Share on FacebookShare on Twitter

NEW YORK, Sept 8 (Reuters) – Fourth seed Alexander Zverev extended his winning streak to 16 matches by easing past South African Lloyd Harris 7-6(6) 6-3 6-4 and into the semi-finals of the U.S. Open on Wednesday where the German looms large as a potential roadblock to Novak Djokovic’s bid for a calendar-year Grand Slam.

The victory leaves Zverev one win away from returning to a second consecutive U.S. Open final and another shot at a first career major title after losing to Dominic Thiem last year.

Zverev will await the winner between top seed Djokovic and Italian Matteo Berrettini, who meet later on Wednesday in a rematch of the Wimbledon final. The path to what would be a record 21st major title has become very steep for the history-hunting Serb, who must first get through sixth seed Berrettini with Zverev now waiting in the wings.

“He is the best player in the world,” said Zverev, who beat Djokovic in the semi-finals at the Tokyo Olympics to end his bid for the Golden Slam (Olympic gold and all for majors). “He is very difficult to beat.

“But he’s still also got to win tonight.”

Harris stepped out onto Arthur Ashe stadium court oozing energy, looking as if he had performed on tennis’s biggest stage many times before.

The Cape Towner had good reason to be confident having knocked out three seeds — Olympic silver medallist Karen Khachanov (25), Denis Shapovalov (7) and Reilly Opelka (22) — on his way to his first career Grand Slam quarter-final.

But no player in Flushing Meadows has been riding a bigger wave of momentum than Zverev, who came into the contest on a career-best 15-match winning streak, having dropped one set en route to his quarter-final.

After trading breaks, a tight opening set went to a tiebreak where Harris had a chance to grab a 1-0 lead serving at 6-5.

The 46th-ranked South African could not convert.

But Zverev would not squander his opportunity taking the next two points and the set leaving a furious Harris smashing drink bottles to the ground during the change over, spraying water all over the court and bringing out ball boys and girls for a cleanup.

Sensing an opening Zverev quickly applied the pressure in the second, breaking Harris at the first opportunity and that was all he would need to take a 2-0 lead.

Harris had rallied from two sets to one down against Olympic silver medallist Khachanov in the opening round but there would be no way back against the Tokyo Games gold medal winner, who went up a double break in the third before finishing off his opponent with a thundering ace.

An improved serve has been a major factor in Zverev’s winning run and again contributed to his win over Harris as the German fired down 21 aces and won 82% of first-serve points.

“I’ve said it before, the serve is the shot I’ve spent the most time on,” said Zverev. “It’s the shot that I’ve got to practise the most.

“At some point I feel like, if you work very hard, you’re doing the right things, it will come together. 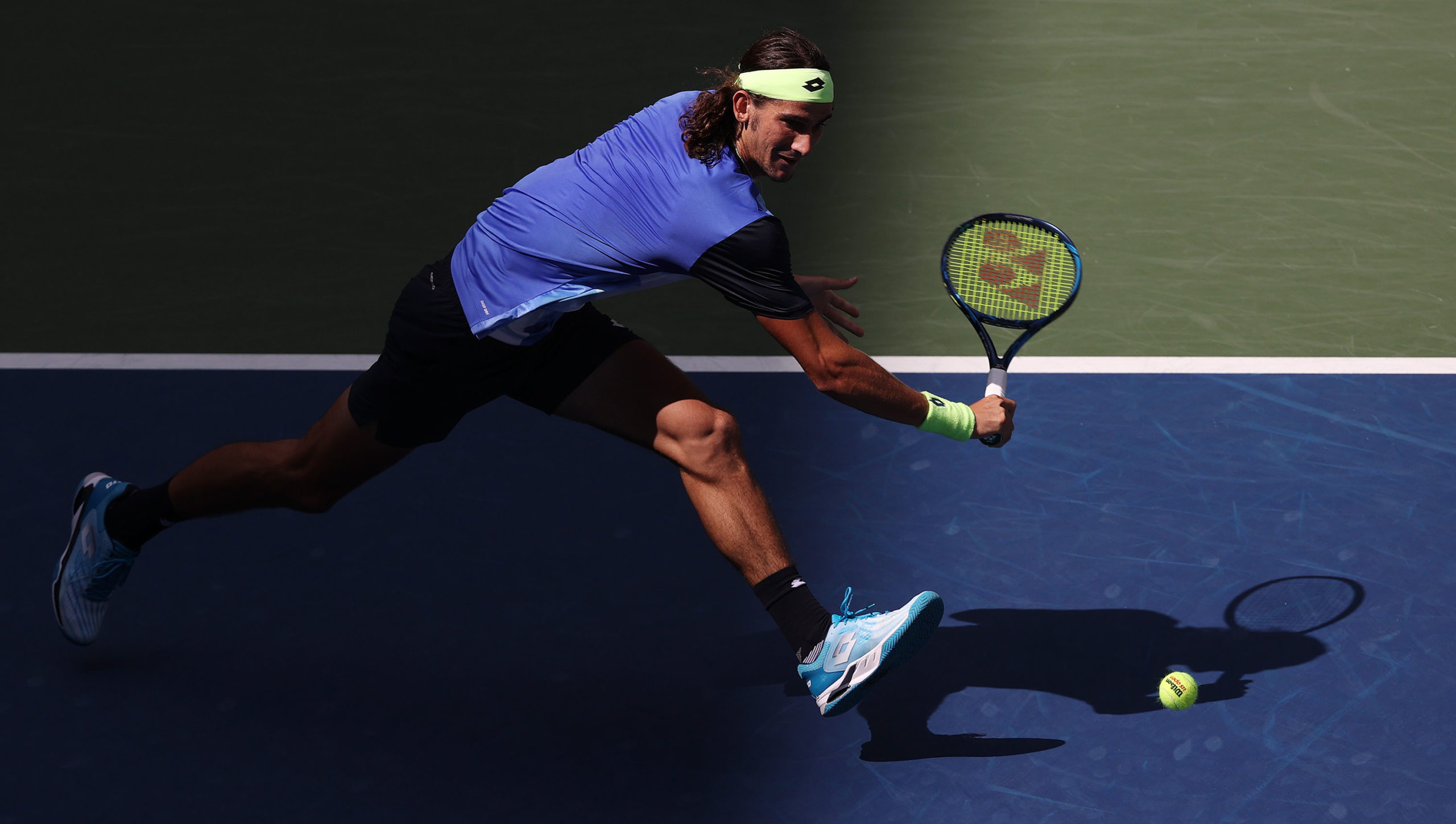