by conor pope
in Africa News
Reading Time: 4 mins read
A A
465
SHARES
1.8k
VIEWS
Share on FacebookShare on Twitter

Stanley Tollman, the renowned South African hotelier who helped Ashford Castle escape a fate worse than debt and then elevated it to a place of pre-eminence among the luxury hotels of the world, has died. He was 91.

The head of Tourism Ireland, Niall Gibbons, was among the earliest to express his sadness at Tollman’s death, hailing his “vision, positivity and values” and his investment of more than €75 million in the restoration of Ashford Castle, which had helped Ireland “punch above its weight on the world stage”.

It was far from Irish castles Tollman was reared. As a young man in the 1950s, he and his wife, Beatrice, opened a B&B in South Africa and assiduously grew it into a global business – a business Bea named Red Carnation in honour of the flower Stanley liked to wear in his lapel. Through the 1960s, 1970s and 1980s the company opened high-end hotels in the UK, South Africa, Switzerland and the United States.

More than 30 potential buyers looked at Ashford Castle, including a Russian oligarch who considered turning it into a holiday home, before Brett Tollman, Stanley and Bea’s son, heard it was for sale
Tollman was by then chairman of the Travel Corporation, his family-owned and -led business. He was recognised globally for his innovative approach to the development of travel as an experience rather than simply as a trip, for his understanding of excellence in hospitality, and for his commitment to employee care. The Travel Corporation now employees more than 10,000 people across 40 brands in 70 countries.

Tollman developed his initial connection with Ireland in 2006, when the Travel Corporation acquired Brendan Vacations, one of Ireland’s largest tour and package operators catering for North American visitors. Then, in 2013, Ashford Castle appeared on his radar.

The Galway property developer Gerry Barrett had bought Ashford and its 365ac, overlooking Lough Corrib, from a group of Irish-Americans in 2008, for €50 million. He planned to spend millions more upgrading it, but within three years his dream had turned into his nightmare, victim of the property crash and the collapse of Anglo Irish Bank. The castle was on its knees, its rooms sometimes allocated according to wind direction, in such poor repair were its windows. It went on the market for a fraction of what Barrett had paid for it.

More than 30 potential buyers looked at the castle, including a Russian oligarch who considered turning it into a holiday home, before Brett Tollman, Stanley and Bea’s son, heard it was for sale. He recalled that it was in its shadow, on Lough Corrib, that he caught his first fish, as a 10-year-old, and, perhaps out of sentimentality, resolved to buy it – or at least to suggest that his parents take a look.

Stanley was not keen ahead of their visit, but he was won over by the castle’s spectacular setting. Bea was won over by its staff. Niall Rochford, its general manager then and now, describes Bea Tollman as the most inspirational hotelier he has ever met.

He also recalls the day the couple came to speak to the staff after the sale had been completed. “Mr Tollman said three things. He said the hotel is now debt-free, your jobs are now secure, and we want to make this the best hotel of its kind in the world.”

He was as good as his word. While Ireland recovered from the recession, the Travel Corporation poured money into Ashford, investing €75 million in the castle’s extensive restoration and so providing significant local employment in Cong and beyond.

Tollman, with his wife Bea and daughter Toni, worked closely with local suppliers to undertake the delicate restoration process and bring the castle back to its former glory. As part of the refurbishment, they added its spa, wine-tasting tunnels and Mrs Tea’s Boutique.

Red Carnation now plans to turn Hatch Hall – built by Jesuits to accommodate students of University College Dublin, and once home to George Bernard Shaw – into a five-star hotel
Reopened by Enda Kenny, as taoiseach, in 2015 as part of the Red Carnation Hotel Collection, Ashford Castle has continued to provide long-term employment; many of the team have worked at the castle for more than 30 years. Since its reopening Ashford Castle has received numerous international awards for its hospitality, service, sustainability, and food and drink.

Red Carnation now plans to turn Hatch Hall – built by Jesuits to accommodate students of University College Dublin, and once home to George Bernard Shaw – into a five-star hotel.

The Tollmans’ philanthropy includes the TreadRight conservation foundation; in Ireland the family have supported, among others, Mayo Roscommon Hospice Foundation, Western Care Ballinrobe, Cope Galway, the Neale GAA Club and Cong National School. TreadRight’s projects have included working with the UK National Trust at the Giant’s Causeway, in Northern Ireland, to enhance the visitor experience through conservation and protection. In less than two years the National Trust was able to secure planning permission to turn the award-winning design for a sustainable visitor centre into reality.

“We in Ireland are eternally grateful for the lasting impact and legacy of Stanley Tollman,” Niall Gibbons says. “His vision, positivity and values left a positive influence on us all. The investment of Red Carnation Hotels into Ashford Castle … and the consequential impact on rural Ireland cannot be overstated. Our thoughts are with his wife, Bea, and entire family at this time.” 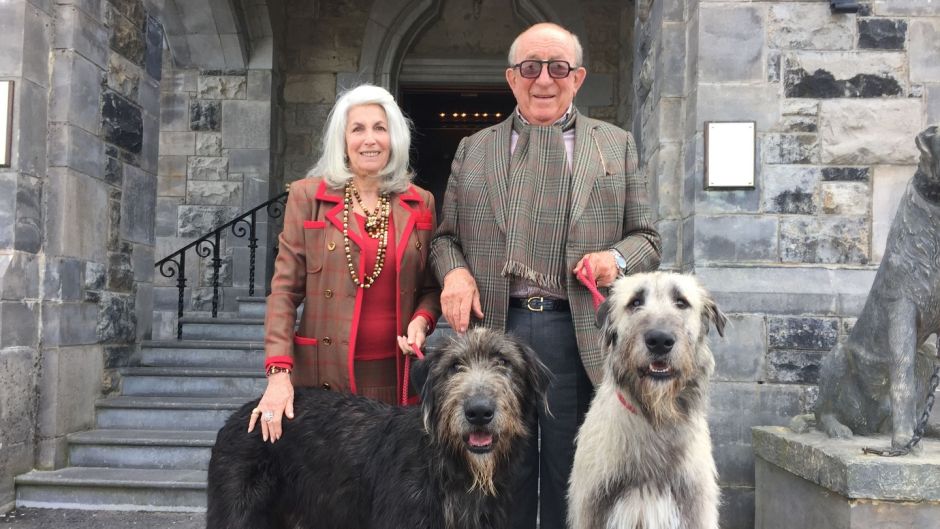