Budgeting to save lives: Government spends billions in covid19 fight

by ryan hamilton-davis
in Africa News
Reading Time: 5 mins read
A A
465
SHARES
1.8k
VIEWS
Share on FacebookShare on Twitter

A long line of people waiting for covid19 relief grants at the Ministry of Social Development and Family Services in Port of Spain. – Photo by Sureash Cholai

Days after the covid19 virus was pronounced a global pandemic, on March 13, 2020, Trinidad and Tobago got its first case. Since then the Government has been trying to balance keeping TT citizens safe, along with keeping the economy alive, especially in the face of global social and economic stagnation.

That balancing act came at the cost of billions of dollars in losses from lockdowns and restrictions and billions more in social relief, healthcare and later on, vaccinations against the virus. Government in its last budget reading admitted to an estimated real GDP contraction of 6.8 per cent and a $16.8 billion fiscal deficit – about 11 per cent of the GDP.

But through the development of a parallel healthcare system to treat with the sick, a relief regime to provide support for those affected by economic downturn and a vaccine roll-out to avoid further extreme cases of the virus and deaths, Government was able to treat with the more than 50,000 people infected with the virus and thousands of others who lost their livelihoods because of the economic effect of the virus.

As of September 2020, Government spent $102 million on its parallel healthcare system. The Ministry of Health said in October last year, that it cost $600 a day to treat with covid19 patients, which would include consumables, beds and staff to treat with the patient at various levels.

According to reports in October, 4,584 patients had passed thought the parallel healthcare system, established in March 2020.

In May, the Ministry of Health said it had a capacity of 662 beds. The ministry’s covid19 dashboard indicates that there are currently 294 people currently in the 16 facilities of the parallel healthcare system.

With an average hospitalisation time of about seven days that would mean at its current capacity the ministry would be spending an average of $176,400 a week to treat covid19 patients.

A private hospital’s website indicated that their PCR tests cost $1,400 and antigen tests cost about $500. These tests could be done through drive-through facilities and it takes about 24-48 hours to get a result.

To fund the healthcare system, the Ministry of Finance increased budgetary allocations to various parts of the health sector including the regional health authorities, and Nipdec – the country’s main procurement agency.

The main source of the funding for the parallel healthcare system would come from its budget allocation to the tune of $6.05 billion. In 2020, it was allocated about the same amount – about $6.084 billion.

Last year, almost $5 billion was spent on relief for people affected by the economic downturn associated with the pandemic.

This funding was split up in grants for food support, retrenched people or people who had their incomes reduced, children who received meals from the School Feeding Programme, beneficiaries of the public assistance and disability assistance programmes, senior citizens, taxi owners, cultural artistes and even people stranded abroad while the country’s borders were closed.

For people who were retrenched, about 50,904 grants were provided. Another 25,101 grants were paid to people under the food support programme. More than 3,000 people got rental assistance grants and A total of 1,400 emergency hampers were given to families in urgent need.

These grants were worth upwards of $1,000 each

Senior citizen grants equated to about $1,500 in food support. People who received disability assistance grants were also given about $1,000 in food support as well and $30 million was given to churches and other religious bodies to fund food distribution, which in turn provided 49,330 hampers to people who needed.

Government also provided financial support for companies to maintain jobs, which included zero interest loans for about 142 SMEs, accelerated VAT refunds for more than 5,000 SMEs, 528 grants to micro enterprises, which cost about $4.8 million, and 124 importers of essential items got US$75 million through a special import forex facility provided by Eximbank.

In 2021, the Government was not able to provide the same level of relief, according to Finance Minister Colm Imbert. But it did provide income support and salary relief for people who were affected by lockdown measures implemented in May.

Government provided an income support grant of $1,500 for people who did not have any accounts with the National Insurance Board, and a salary relief grant for the same amount for people who were in the national insurance system. This grant facility was for people who lost income in the first two weeks of May. Those who lost income later on because of restrictions implemented at the end of May were given grants of $1,000.

Imbert later said 14,331 people accessed the salary relief grants which would cost the government about $30 million.

The Finance Ministry also funded a drive by the Ministry of Agriculture to provide 25,000 food baskets with local produce to all 41 constituencies.

Imbert said the grants were to be funded from May to July in the first instance, and in the second instance up to September. He said the food basket initiative cost about $10 million a month for the five months the programme was in operation.

An additional $10-20 million was also provided for the distribution of food cards which supplemented the food basket programme.

Government in the 2020-2021 budget said it would source a total of 1.5 million doses of covid19 vaccines which would be able to provide the nation with enough vaccines to establish herd immunity.

Although the target for herd immunity has somewhat shifted because of variants to the virus, Government was still able to vaccinate more than one million people through acquisitions from the Covax facility, the African Medical Supply Platform (AMSP) and through different loan facilities and donations.

In last year’s budget presentation, Health Minister Terrence Deyalsingh said Cabinet approved the use of $66 million for more than 400,000 Covax vaccines, however the Covax facility only approved government for 108,000 doses of the Astra Zeneca vaccines which is delivered in two doses.

A graphic of covid19 vaccines available in TT. –

In August, TT got another 108,000 doses of Johnson and Johnson vaccine, through the AMSP. Government was also able to acquire 800,000 vaccines from China, which landed in TT in July. These vaccines were added to hundreds of thousands of vaccines donated to TT – the United States donated 305,370 doses, China donated another 100,000, India also donated another 40,000 and even Barbados gifted about 2,000 vaccines which contributed to the vaccination roll-out.

Imbert in press conferences earlier this year said through the Covax facility, Astra Zeneca vaccines cost about US$5, however other vaccines cost around US$15.

Where did the money come from?

Government used a combination of loan facilities and withdrawals from the Heritage Stabilisation Fund. Early in the pandemic fight, it withdrew about US$1.1 billion from the fund which has the purpose of cushioning the impact on sustainable public expenditure capacity during in hard times. The act that supports the fund was amended to include instances where a dangerous infectious disease was declared.

Government also sourced loan facilities through the Inter-American Development Bank to the tune of US$100 million and another loan from World Bank, valued at about US$20 million. In May, Imbert announced a loan of $170 million euros (US$ 204 million), of which US$25 million would have to be used to purchase “Chinese elements.”

These elements included the purchase of the 800,000 Sinopharm vaccines. 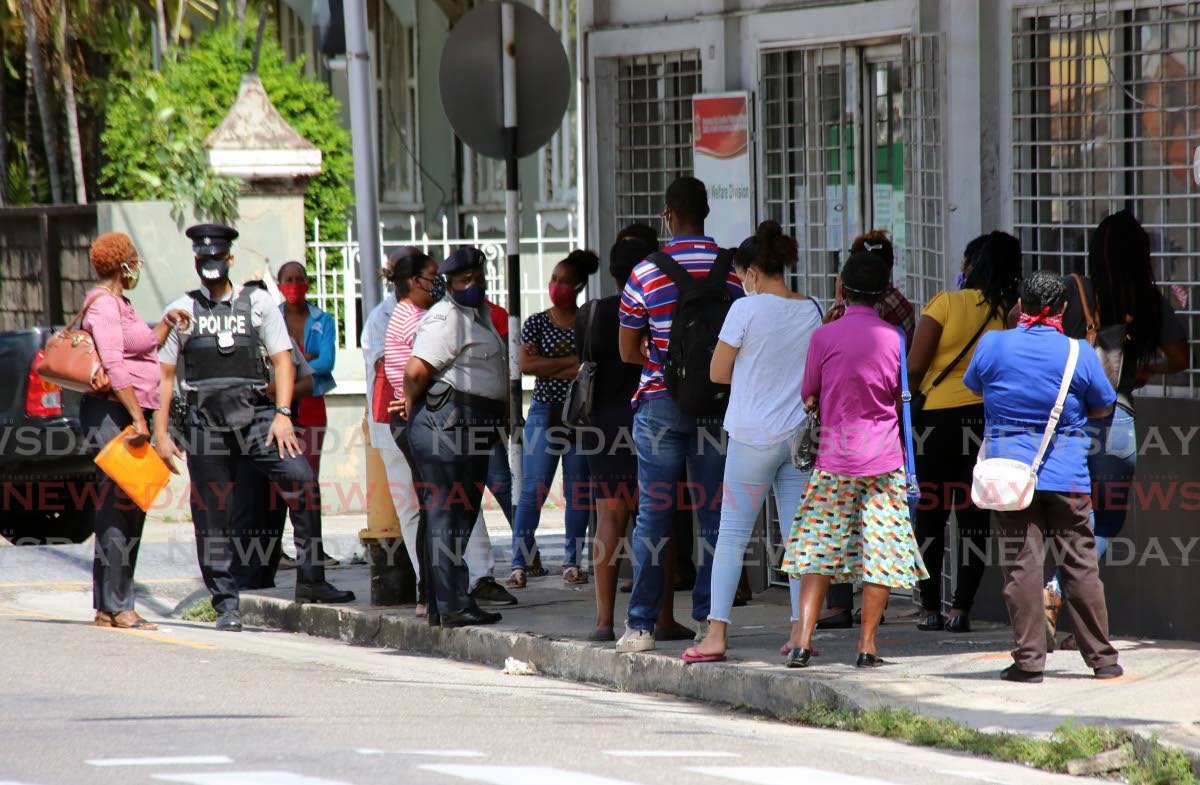 How the Huawei Fight Is Changing the Face of 5G