by johnathon serna
in Africa News
Reading Time: 3 mins read
A A
465
SHARES
1.8k
VIEWS
Share on FacebookShare on Twitter

Employment dipped in the second quarter as community services and manufacturing shed jobs, with the pandemic’s fourth wave expected to put further strain on the labour market by the end of the year.

South Africa shed another 86,000 formal jobs in the second quarter of 2021, a nearly 1% drop from the previous quarter, as community services and the manufacturing sector cut employment – another red flag in the country’s ongoing battle to stem joblessness.

The data showed that the community services sector shed 65,000 jobs, while manufacturing lost 15,000 and construction 7,000.

In all, part-time employment increased more than full-time employment, the former up 77,000 compared to last year, while the latter shrunk by 17,000 in the same period.

“When you zoom in, you see that the decrease in employment was driven by one of the provinces where they had around 60,000 assistant teachers and their contracts were not renewed,” Matlapane Masupye, a director at Stats SA, told Business Maverick.

“And the increase on a yearly basis is driven by part-time employment. Since Covid-19, most companies are either working on a rotation basis or fewer than the normal 40 hours per week, which we’d classify as full-time work. Some people who were working from home have now moved to part-time work… that’s why part-time increased while full-time dropped,” said Masupye.

In addition to work-from-home regimens necessitated by the lockdown, flexible, gig economy employment has increased in South Africa and around the world, driven by companies like Uber. This has fundamentally changed the labour environment, with part-time employment set to increase in the near future.

The country’s unemployment rate is at a record 34.4%, among the highest in the world, adding further fuel to the socioeconomic tinderbox that flared up in July when thousands of people, mainly in KwaZulu-Natal and Gauteng, looted and burned shopping centres and businesses, causing over 300 deaths and an estimated R50-billion in damage.

While the riots occurred soon after the jailing of former president Jacob Zuma for contempt of court, analysts cited the termination of the R350 a month Covid-19 relief grant as another potential trigger for the unrest.

The grant has since been reinstated and will run until March 2022. A looming fourth wave of coronavirus infections, driven by the Delta variant, is set to deepen job losses in the remainder of the year, analysts warned.

“The recovery of the labour market is expected to be protracted, lagging behind economic growth, and recent developments such as the civil unrest may further impede employment prospects,” said Koketso Mano, an economist at FNB. He added that manufacturing industries like tobacco and beverages could suffer even more if lockdown restrictions were tightened once again.

South Africa eased Covid-19 lockdown restrictions, from Level 4 to Level 3 in July, and then to Level 2 in September, allowing the sale of alcohol and in-restaurant dining, but the toll of the strict measures in the first half of the year had already been felt.

“With the fourth wave expected before year-end, employment in this industry (tobacco and alcohol) remains vulnerable, given that resurgent waves of the virus add pressure to these markets and delay the already protracted business recovery. Likewise, jobs in the hotel and restaurant industries are lower by 1.9% q/q. Compared with 2Q19, these industries have shed 3.2% and 20.1% of jobs, respectively,” said Mano. BM/DM 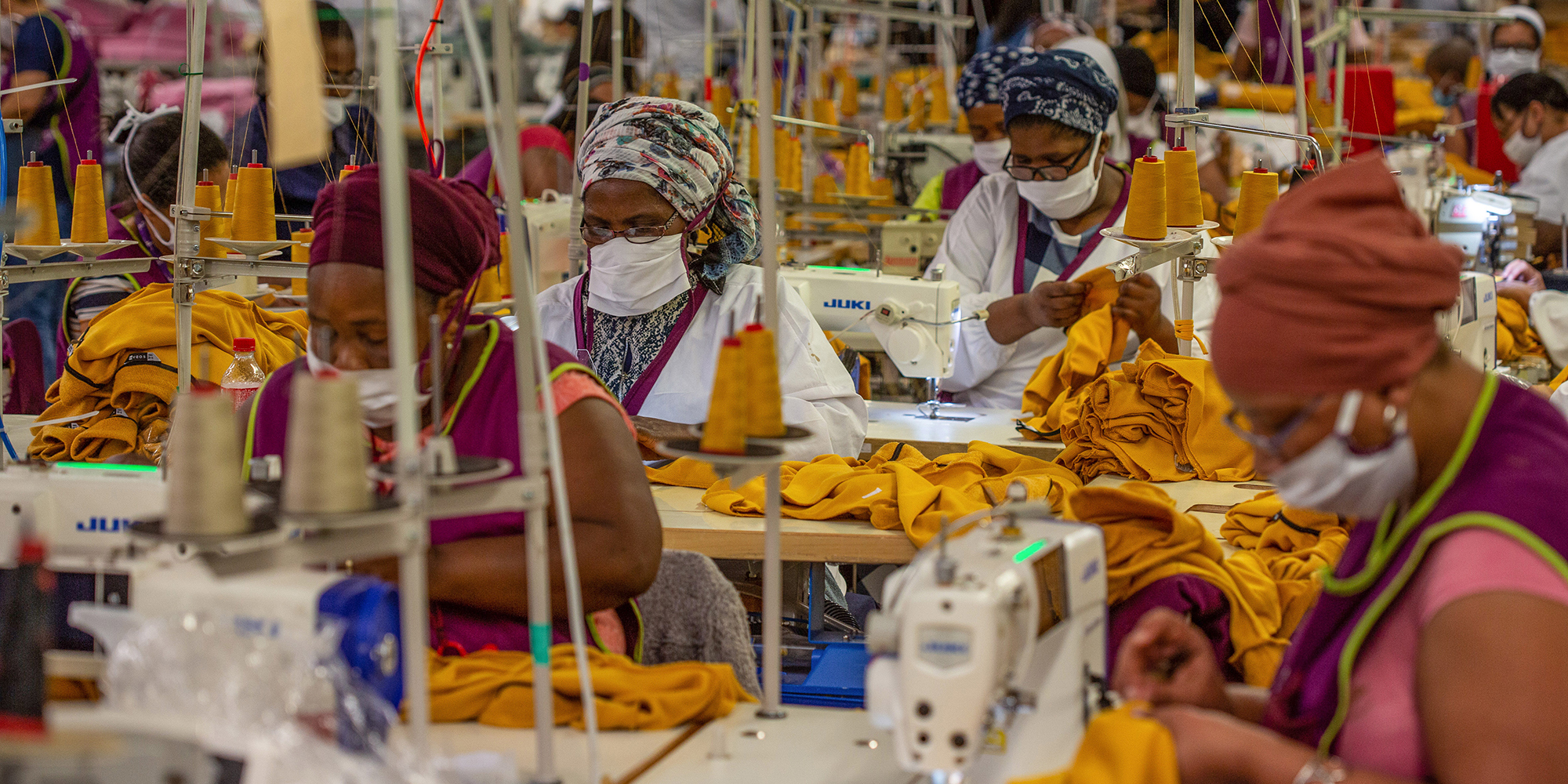