Original name of Africa and how it got its current name

by pulse nigeria
in Africa News
Reading Time: 3 mins read
A A
464
SHARES
1.8k
VIEWS
Share on FacebookShare on Twitter

Whenever the word Africa is mentioned, different thoughts come racing in people’s minds. For some, it is a mirage shimmering on the horizon of the arid Sahara desert.

While to others, it’s an ivory-tusked elephant standing before the snow-capped peaks of Mount Kilimanjaro. But have you ever stopped to ask what is the original name of Africa? Did the continent have another name in the first place?

The population accounts for about 16% of the world’s populace. Despite all you may know about the continent, do you ever ask yourself questions such as what was Africa called in ancient times? Or was Africa called Asia? And many other queries of this sort? Well, the origin of the continent’s identity remains a mystery.

What was Africa called before Africa?

The Kemetic or Alkebulan history of Afrika suggests that the ancient name of the continent was Alkebulan. The word Alkebu-Ian is the oldest and the only word of indigenous origin. Alkebulan meaning the garden of Eden or the mother of mankind.

The word Africa came into existence in the late 17th century. Initially, it was used to only refer to the northern part of the continent. Around that time, the continent had been colonized, and the Europeans ruled over its people as slaves. They influenced the change of identity from Alkebulan to its present name.

What is the other name of Africa?

Before the European settled for the word Africa, the continent was called many other names. They include Corphye, Ortegia, Libya, and Ethiopia.

Other names such as the land of Ham (Ham means dark skins), mother of mankind, the garden of Eden, dark or black continent, Kingdom in the sky, and the land of cush or kesh (referring to the Cushites who were ancient Ethiopian) were used.

Why is Africa called Africa?

There exist many theories explaining the origin of the name of this continent. At the time of writing, no one knows the source for sure. However, the theories below shed some light on how this second largest continent with the second largest population acquired its befitting name.

Some scholars believe that the word originated from the Romans. According to this school of thought, the Romans discovered a land opposite the Mediterranean and named it after the Berber tribe residing within the Carnage area, presently referred to as Tunisia. The tribe’s name was Afri, and the Romans gave the name Africa meaning the land of the Afri.

Some believe that the name was coiled from the continent’s climate. According to this theory, the word is a derivation aphrike, a Greek word that means a land free from cold and horror. Alternatively, it could be a variation of the Roman word aprica, which means sunny, or even the Phoenician word afar, which means dust.

There is a suggestion that the name came far afield. It was brought by the Indian traders, who entered the continent through the Horn of Africa.

In Hindi, the word apara means comes after. Geographically, this can be interpreted to mean a place to the west.

Another fundamental theory claims that the continent derived its name from Africus. Africus is a Yemenite chieftain who invaded the northern part in the second millennium BC.

It is argued that he settled on his conquered land and named it Afrikyah. Because of his insatiable desire for immortality, he ordered the world continent to be named after him.

Another school of thought suggests that the name is derived from two Phoenician words friqi and pharika. The words mean corns and fruits when translated. Hypothetically, the Phoenician christened the continent as the land of corns and fruits.

There is little or no certainty on the source or meaning of the continent’s name. Several scholars have tried to explain the origin of the word, but none is convincingly correct. However, the original name of Africa was Alkebulan. 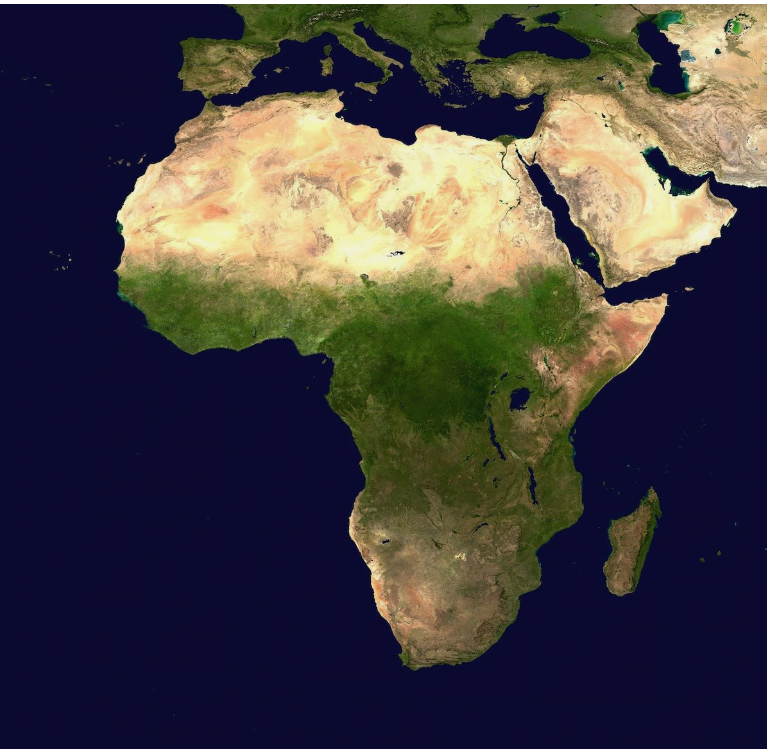