by leigha drews
in COVID-19
Reading Time: 3 mins read
A A
465
SHARES
1.8k
VIEWS
Share on FacebookShare on Twitter

The study, yet to be peer-reviewed and posted on pre-print server bioRxiv, showed how P681R mutation in the Delta spike plays a key role in the replacement of Alpha-to-Delta variant.

A key amino-acid mutation in the SARS-CoV-2 spike protein might explain why the Delta variant of Covid-19 has spread so swiftly across the world, say researchers.

However, the mechanism that drives this global replacement has not been defined yet.

The study, yet to be peer-reviewed and posted on pre-print server bioRxiv, showed how P681R mutation in the Delta spike plays a key role in the replacement of Alpha-to-Delta variant.

“Delta SARS-CoV-2 efficiently outcompeted the Alpha variant in human lung epithelial cells and primary human airway tissues,” wrote researchers from the University of Texas and others in the abstract.

The P681R mutation falls within an intensely studied region of the spike protein called the furin cleavage site, Nature reported.

The short string of amino acids P681R is associated with heightened infectivity in other viruses such as influenza. However, it has not previously been found in sarbecoviruses — the family of coronaviruses to which SARS-CoV-2 belongs.

“The key hallmark of Delta is that transmissibility seems to be ramping up to the next notch,” Pei-Yong Shi, a virologist at the University of Texas’s Medical Branch in Galveston was quoted as saying.

“We thought Alpha was pretty bad, very good at spreading. This one seems to be even more,” Shi added.

Further, the presence of P681R mutation enabled the Delta variant to rapidly outcompete the Alpha variant, in cultured human-airway epithelial cells infected with equal numbers of Delta and Alpha viral particles. However, when the team eliminated the P681R mutation, Delta’s advantage waned.

The study also suggested that the mutation also speeds up the spread of SARS-CoV-2 from cell to cell, Nature report said.

Researchers at the University of Tokyo found that spike proteins bearing the P681R mutation fuses with the plasma membranes of uninfected cells — a key step in infection — almost three times faster than the spike proteins that lack the change.

The team suggests that the P681R mutation may not be alone, and further studies are needed to examine other mutations in the spike protein of Delta to understand its swift transmission. 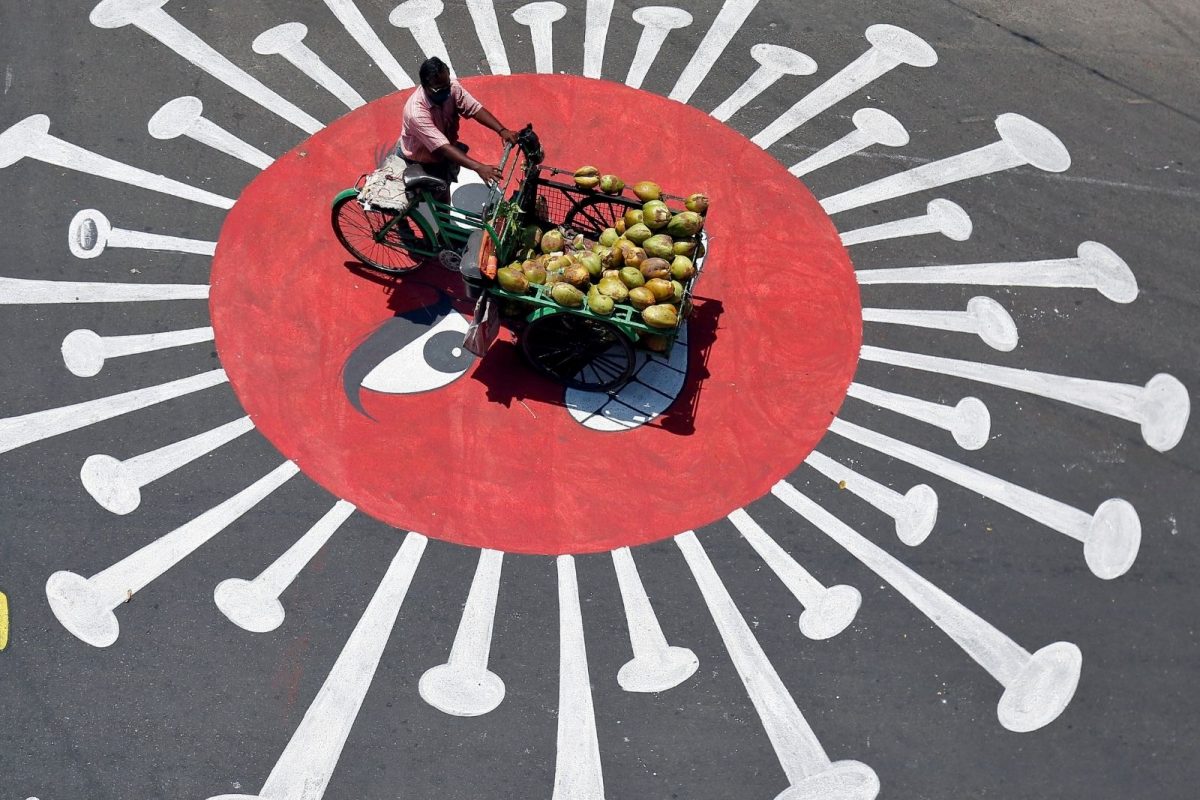