by afp
in Africa News
Reading Time: 3 mins read
A A
465
SHARES
1.8k
VIEWS
Share on FacebookShare on Twitter

Wallabies coach Dave Rennie denied he was panicking Friday after calling up mercurial playmaker Quade Cooper for the first time in four years as he looks to snap a win drought when Australia face world champions South Africa.

The 33-year-old flyhalf played the last of his 70 Tests against Italy in 2017 and his international career appeared over.

But Rennie threw him a lifeline last month ahead of the first of three Bledisloe Cup defeats against New Zealand, when he called him up to help put his relatively young squad through their paces.

He didn’t feature in those games but will be back against a strong Springboks side who have won their opening two Rugby Championship clashes against Argentina on the back of a 2-1 series win over the British and Irish Lions.

“There’s certainly no panic. We’re basing our selections on what we see,” insisted Rennie, who has overseen six defeats, three draws and just three wins since taking the reins in late 2019.

“Some guys’ selections are based on recent Test matches. For Quade it has been training, he has trained really well and was very close to selection last week … we are trying to grow our game and we think he’s the right man to help get us around the park.”

Japan-based Cooper gets his chance on Sunday with James O’Connor still not fully fit and young Noah Lolesio dropped after wearing the No.10 shirt for the opening six matches of the year.

Skipper Michael Hooper, meanwhile, will equal George Gregan’s record for most Tests as captain when he leads the side out for the 59th time at Cbus Super Stadium on the Gold Coast.

Centre Samu Kerevi, who was called up for his first match since the 2019 World Cup in the 38-21 loss to New Zealand in Perth last weekend, keeps his place, as does fullback Tom Banks despite poor recent form.

Izack Rodda also earns a starting berth in the second row alongside Matt Philip while the back row of Lachlan Swinton, Rob Valetini and Hooper is unchanged.

Australia will need all the power they can muster against Jacques Nienaber’s near full-strength team, bolstered by the return of Faf De Klerk and Duane Vermeulen.

Neinaber has made seven changes to the side that started the  29-10 victory over Argentina last month, with veteran back-rower Vermeulen making his first appearance since the World Cup after recovering from ankle surgery in June.

He comes in for Jasper Wiese while the seasoned Eben Etzebeth replaces Marvin Orie at lock, and there is a new front row of Steven Kitshoff, Frans Malherbe and Bongi Mbonambi.

De Klerk returns from injury at scrum-half while Sbu Nkosi takes over from Cheslin Kolbe on the right wing.

“We had sufficient time since our last Test to give the players a break after the physically taxing start to the season, and to work in a hard conditioning week before we tackle the remaining four Rugby Championship matches,” said Nienaber.

“We will be tested thoroughly in the next four weeks, so we have to be up for the challenge mentally and physically.”

South Africa, who have been in quarantine, confined to their hotel and a nearby training field, lie in second place in the Rugby Championship after two games, a point behind leaders New Zealand. 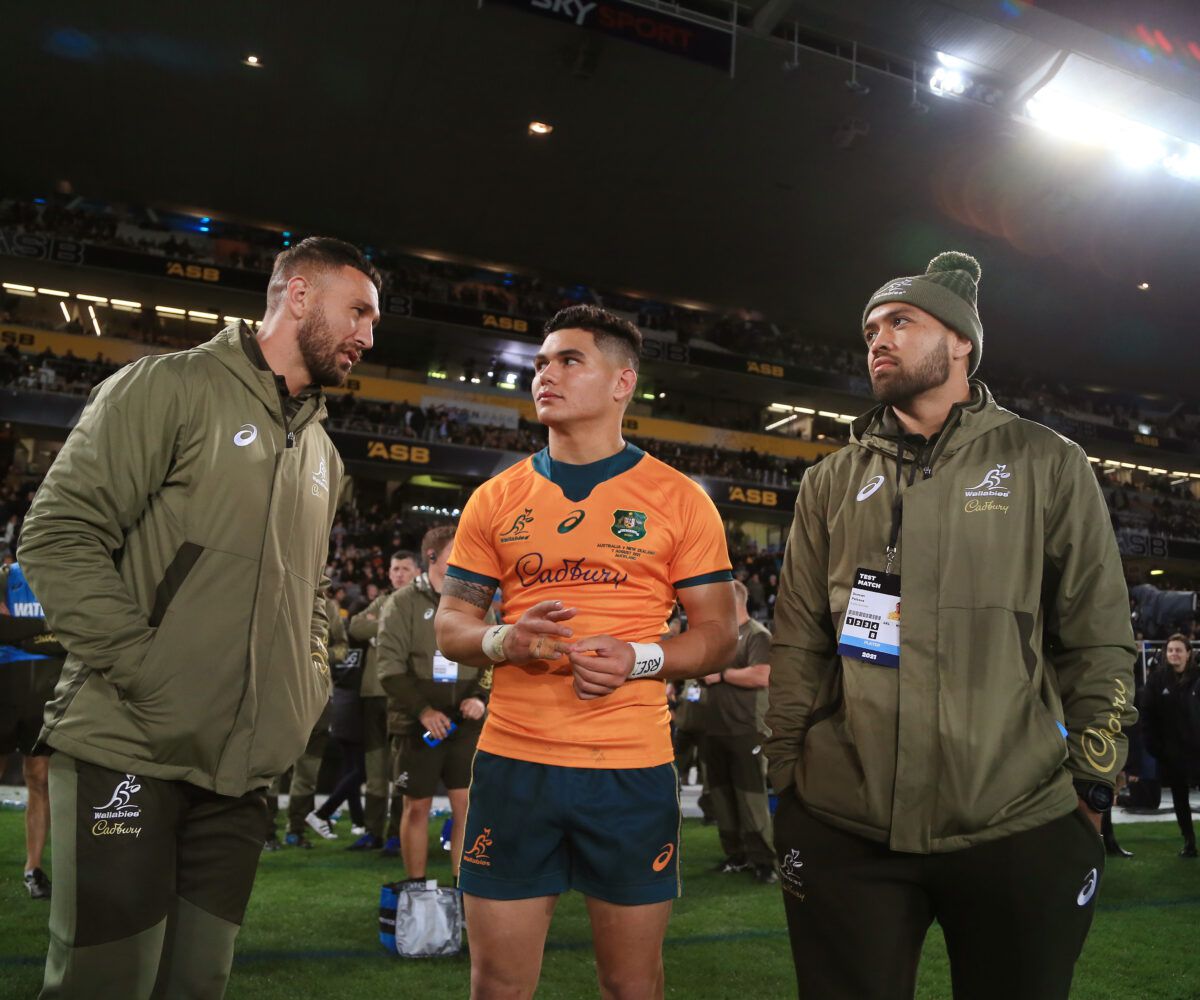