by diego latson
in Africa News
Reading Time: 5 mins read
A A
465
SHARES
1.8k
VIEWS
Share on FacebookShare on Twitter

Neither South Africa’s rugby franchises nor its national team travels well, with a rather low win tally for both in matches staged overseas.

Some might suggest that the Boks proved a point by winning the 2019 Rugby Championship after securing a draw against the All Blacks in Wellington and then a bonus-point victory against Argentina in Salta. A few months later, South Africa won the World Cup in Japan to claim their second world title away from home.

In the period between global tournaments, however, the Boks have struggled to win in foreign conditions. While their poor record in Australasia during the professional era is well documented – four wins in 29 matches against the Wallabies in Australia, and four wins in 25 Tests against the All Blacks in New Zealand – less is made about their erratic form in other countries between 2016 and the present.

A lot has changed since Rassie Erasmus and Jacques Nienaber joined the Bok coaching staff in 2018. But apart from the 2019 World Cup campaign in Japan, the team still battles to perform consistently on the road.

The SA franchises have had the same problem while competing in Argentina, Asia, Australia and New Zealand during the Super Rugby tournament and – in the case of the Cheetahs and Southern Kings – Ireland, Italy, Scotland and Wales in the Pro14.

The structure of those tournaments has changed dramatically over the past 12 months. The Bulls, Lions, Sharks and Stormers have left the Super Rugby competition to join the inaugural United Rugby Championship (URC) – a move that resulted in the elimination of the Cheetahs and the Southern Kings from the Northern Hemisphere tournament.

One would hope that South Africa’s top franchises enjoy more success in the northern climes than the Cheetahs and Kings did between 2017 and 2020. Over the course of three seasons, the outclassed Kings recorded one victory in 25 away matches. The Cheetahs were marginally better than their Eastern Cape counterparts, winning four of their 27 away games and qualifying for the Pro14 quarterfinals in the 2017/18 season.

Neither of these franchises managed to win a single game in Ireland and Scotland, countries that experience harsh conditions in the Northern Hemisphere winter. The clubs in Ireland have long set the standard in this competition. Leinster have won the last four instalments of the Pro14, while Ireland’s four sides have combined for a total of 13 titles.

The Bulls, Lions, Sharks and Stormers boast superior structures and more quality in depth than the Cheetahs and Kings. They are expected to record superior results in the URC – which kicked off on 24 September.

The Bulls have dominated the South African domestic scene since lockdown was lifted in September 2020. When they had the opportunity to travel to Treviso for the Rainbow Cup final this past June, they were handed a heavy 35-8 defeat by Benetton – the worst-performing team in the preceding Pro14 tournament.

The Bulls have undergone a transformation at all levels over the past two years. They have recruited well and have won regularly across the various South African competitions. While the future of the franchise looks promising, they can’t be spoken about as potential title contenders until they improve their overseas record.

Bulls high performance manager Henning Gericke confirmed as much when DM168 asked him about managing the challenge earlier this year. “The Bulls were not a good touring side in the past,” said Gericke, who previously served as the Springboks’ mental coach during their 2007 World Cup-winning campaign. “The players don’t like to be away from home. That obviously needs to change if we are going to be successful.”

The Bulls have won three of their last 20 matches staged overseas. They failed to win in Argentina or New Zealand between 2016 and 2020, and lost twice to the Sunwolves in Asia. With that sort of record, it’s little wonder that they qualified for one playoff during that period – which ended in a loss to the Hurricanes in Wellington.

The Bulls have been used as an example as they represent the best of the South African franchises. The reality is that all of the franchises have battled on the road, which suggests that there may be a deeper problem in South African rugby.

No team will qualify for the URC playoffs unless it wins regularly away from home. The great franchise teams of the past, such as the Bulls side that won three Super Rugby titles between 2007 and 2010, progressed to the playoffs after securing a series of overseas wins during the regular season.

Winning regularly over the course of a competition that runs from September to June will be easier said than done.

A consistent performance in the preliminary phase will ensure that teams secure home advantage in the quarterfinals and avoid an overseas playoff.

Sooner or later, however, South African teams will have to come to grips with the challenge of competing in knockout fixtures staged abroad.

The local teams have been unfailingly poor in this department over the past five years. While jet lag and the short turnaround time between fixtures should be taken into account, the scorelines as well as the results suggest there is a mental block when competing overseas.

The Bulls, Lions and Sharks combined for six Super Rugby playoff losses in Australasia during this period. The Cheetahs were thrashed 43-8 by Scarlets in the 2017/19 Pro14 quarter-final in Llanelli. The Bulls went down in the more recent Rainbow Cup decider in Treviso. In seven of those eight playoffs, the South African side lost by 17 points or more.

New mindset to reverse the trend?

It’s hardly negative to point out such records. South Africa’s coaches, players and supporters could do with some perspective after watching their teams compete almost exclusively in this country for the past 12 months.

It may take some time for the South African teams to adapt to overseas conditions. This is to be expected given the large number of youngsters in those squads. Many of those players haven’t toured Europe before. It won’t get any easier for the teams that eventually qualify for the European Champions Cup in 2022/23, as they will be under pressure to beat top clubs at hostile venues in England and France.

While these are exciting times for South African rugby, it’s important to note that success in this brave new world will be linked to success in the matches played outside the traditional comfort zones.

As Gericke has suggested, this will require a change of mindset. If the local sides fail to progress in this department, they will suffer the same fate that they did in the final days of the Super Rugby tournament. They will make up the numbers rather than challenge for any meaningful title. DM168 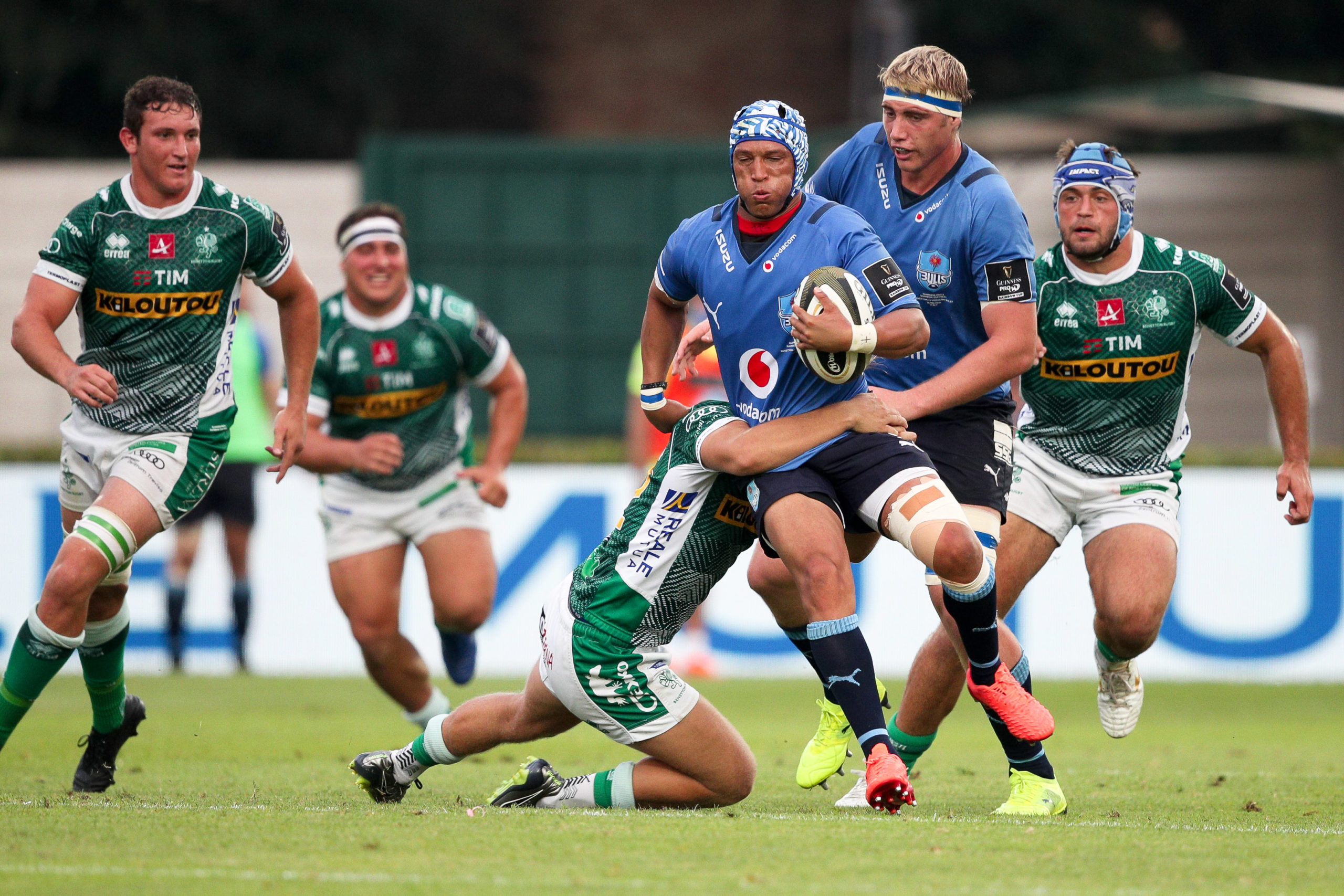