by andrew stanton
in COVID-19
Reading Time: 3 mins read
A A
465
SHARES
1.8k
VIEWS
Share on FacebookShare on Twitter

As the COVID-19 pandemic continues, Florida is averaging just under 11 new deaths per hour, according to new data from The Miami Herald.

The Sunshine State averaged 262 additional COVID-19 deaths per day over the past week, equating to about 10.92 deaths per hour, the Herald reported Monday.

On Monday, Florida reported a total of 902 new COVID-19 deaths, with all but eight from after August 2, according to the Herald. The state has now recorded 44,553 deaths and more than three million cases in total since the beginning of the pandemic.

Cases in Florida have remained high since cases began rising earlier in the summer, in part due to the highly contagious Delta variant.

In a statement sent to Newsweek on Tuesday, Governor Ron DeSantis’ press secretary, Christina Pushaw, pointed out that COVID-19 cases have increased nationwide due to the Delta variant, which can cause massive surges even in highly vaccinated populations.

“COVID cases have increased in every state in recent weeks, with a number of states seeing record breaking cases and hospitalizations—as Florida saw recently [hospitalizations are now on the decline],” Pushaw wrote.

She also pointed to Florida’s effective reproductive number—a metric of epidemic growth—of 75, which is lower than in many states.

She said the governor has made over 50 public appearances in 27 counties promoting the vaccine.

“Governor DeSantis is committed to ensuring Floridians have access to the clinically proven tools that save lives from COVID-19: Vaccines and monoclonal antibody treatments. There is no single policy priority that Governor DeSantis has devoted more time to this year than promoting COVID-19 vaccination,” she wrote.

Fifty-four percent of the state’s total population has been vaccinated against the virus.

Florida is not the only state to report high COVID-19 cases and deaths caused by the Delta variant. The U.S. reported a seven-day average of 156,886 new cases per day on Sunday, the country’s highest average since January.

Florida has found itself at the center of the debate surrounding whether or not schools should be allowed to require mask use among students and teachers due to DeSantis’ ban on school districts imposing mask mandates.

DeSantis and other opponents of mask mandates argued that mandates would violate a new Florida law—the Parents’ Bill of Rights—that gives parents total control to make health-related decisions for their children, but Cooper pointed out that there are exemptions to the law when it involves protecting the public’s health.

Several school districts in the state had imposed mask mandates in defiance of DeSantis’ order before Cooper’s ruling.

On Monday, DeSantis pledged to appeal the ruling, arguing that schools mandating masks has “basically taken away the right of parents” to make that decision.

“Obviously it’s problematic,” DeSantis said. “We’ll end up getting it back.”

Also on Monday, the Biden administration announced that it would open probes into five states with mask bans—Iowa, Oklahoma, South Carolina, Tennessee and Utah. It is not investigating states where the bans have been overturned, including Florida.

Data released earlier in August found that about one in four new COVID-19 infections in Florida were among people 19 years old or younger. 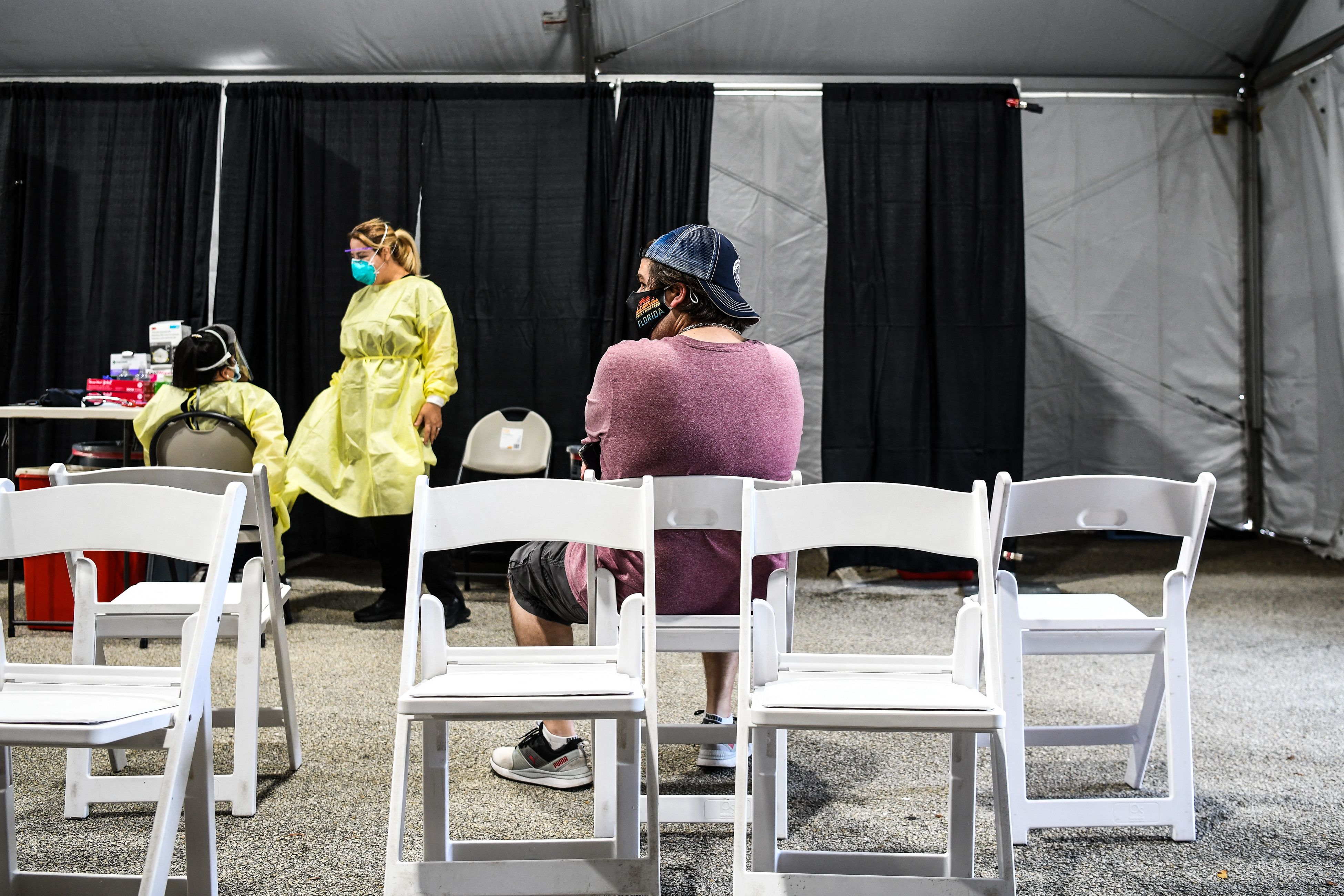