by holly bancroft
in COVID-19
Reading Time: 2 mins read
A A
464
SHARES
1.8k
VIEWS
Share on FacebookShare on Twitter

The rising surge in infections has overwhelmed hospitals in the country and nurses are threatening to walk out over their grueling hours and low pay.

The Philippines has suffered one of the worst outbreaks in South-East Asia, with average daily infections reaching a record 16,937 in the past week.

Infections are steadily rising with this average rate twenty per cent higher than the week before.

The WHO’s regional director, Takeshi Kasai, warned that “in some places, surges are pushing health systems dangerously close to what we call the ‘red line’.

“[That is when] the number of critical cases exceeds ICU capacity, and hospitals can no longer provide the care that people need.”

Dr Kasai said that the government in the Philippins must help doctors and nurses who are stretched from treating the wave of Covid-19 patients.

“Many have already resigned and many more want to,” he said.

Healthcare workers protested in the capital Manila on Wednesday to demand more pay and the resignation of health minister Francisco Duque.

The Philipines is one of the world’s top sources for nurses, but many hospitals in the country are chronically understaffed.

Low wages are a major deterrent, according to labour unions, and many nurses prefer to work abroad where they can get better salaries.

Maristela Abenojar, national president of Filipino Nurses United, told Deutsche Welle: “Some nurses are working 12-hour shifts and caring for as many as 20 patients. They forgo meals and bathroom breaks to save on PPE.

“All of this is putting them at increased risk of Covid-19 infection and adding to their fears of catching the disease.”

Workers have struggled to combat the impacts of the highly-transmissible Delta variant.

Although it was only reported in the Philippines in July, the Delta variant already accounts for around 14 per cent of all cases.

The variant has now been detected in 16 out of the Philippines’ 17 regions, according to the department of health.

“In the next days and weeks we’ll probably see additional peaks,” warned Alethea De Guzman from the department’s epidemiology bureau.

The country has only been able to fully vaccinate a little over 12 per cent of its population and so people are still under some forms of restrictions. 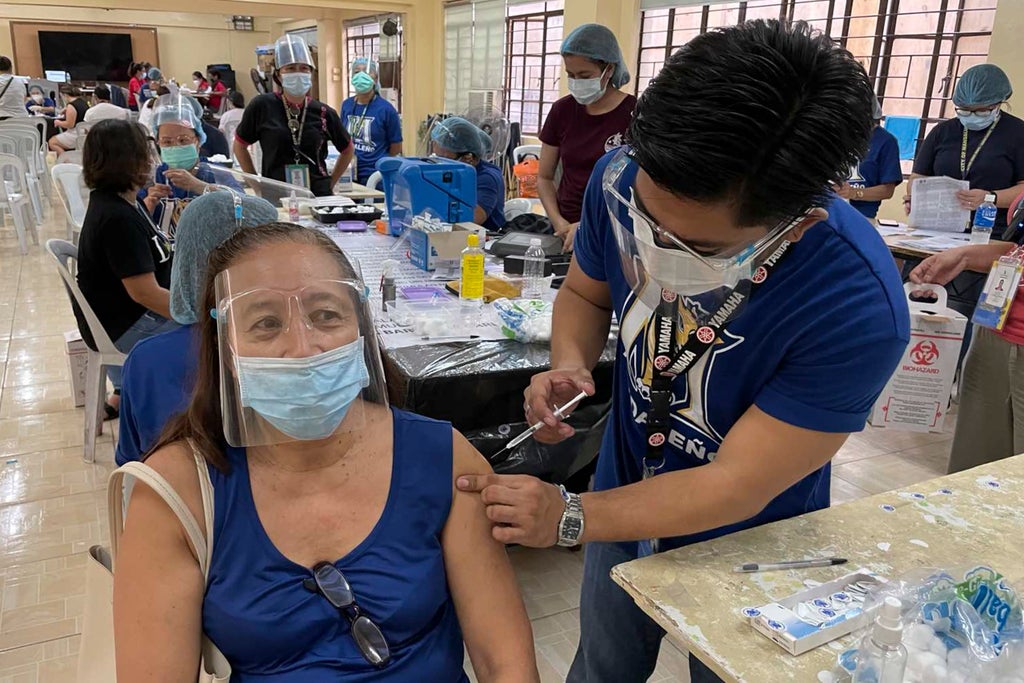 Abdool-Richards: Trinidad and Tobago on alert for new covid19 variant

‘Top Gun: Maverick’ flies to 2022 due to coronavirus surge

'Top Gun: Maverick' flies to 2022 due to coronavirus surge