by clora schewe
in COVID-19
Reading Time: 3 mins read
A A
465
SHARES
1.8k
VIEWS
Share on FacebookShare on Twitter

Prime Minister Dr Keith Rowley has made another plea for parents to take their children to get vaccinated against Covid-19, saying he is worried about the Delta variant of the virus.

Rowley’s plea came hours after the Ministry of Health confirmed two more cases of the more infectious variant in Trinidad and Tobago.

The Delta variant was detected in two nationals who had returned to T&T from the United States and Guyana.

They were the fourth and fifth confirmed cases of the variant in T&T.

All cases were people coming into the country who were placed in quarantine.

No cases have yet been detected among the general population.

But speaking during the commissioning ceremony for the newly-constructed Malabar Government Primary School yesterday afternoon, Rowley stressed how serious the Delta variant is, and warned that there is a possibility of the variant getting into the general population.

“The Delta variant is more vigorous than the original. It is killing more people. It is more infectious and it is causing ­havoc outside of Trinidad and Tobago,” he said.

Rowley noted that the current entry policies ­allow vaccinated people to come into the country without the requirement of going into quarantine.

He said this poses a risk.

“Because nobody has said that if you are vaccinated, you cannot be infected by the Delta vari­ant… and, of course, we can’t quarantine every person who comes into the country. That is too difficult.

“What I am saying is that there is a possibility and some element of likelihood that the Delta virus could get into Trinidad and Tobago. There is nothing that we are doing in all the things that we are doing that we can say confidently and sensibly that we are immune to that variant. We do everything to put a screen between us and it and, so far, that screen is working. But we cannot guarantee. I am concerned and I am worried that the Delta variant could enter Trinidad and Tobago and meet a largely unvaccinated population.”

The Prime Minister said Government has discharged its responsibility and it is now up to every individual to perform their personal responsibility.

He said there is a sufficient stock of vaccines available that anyone desirous of being vaccinated can be vaccinated, and he urged the public to accept the shot.

He made an appeal directly to parents.

“The new variant is not with us now, but I don’t know when it might be with us. But what I would like is if it ever gets into this country and starts running around our popu­lation, that our young ones are vaccinated and are therefore much better able to evade the threat of illness and damage,” he said.

“Because young people who get over are showing significant signs of damage to their bodies. Their organs are damaged even though they have recovered from the clinical conditions of the virus. You don’t want that to be your child.”

The Prime Minister also appealed to those who have a fear of needles and are using this as a basis to not get vaccinated.

“Close your eyes, take a deep breath, hold it and exhale when the needle comes out of your arm and then it is done,” he advised.

Rowley said the vaccination process continues to be voluntary, but he noted that Government has had to use the law earlier on in the pandemic to convince people to wear masks, something he said he did not think Government would have to do.

“It was only when absolutely essential that Government had allowed the situation to move from voluntary to mandatory,” he stated. “We had to put the force of law behind you wearing a mask. Had we not done that, I have every reason to believe that our infection levels would have been much higher.”

He asked the public to consider the Government’s role in managing the pandemic.

“The question arises, if these dangers exist and there are solutions to the problem, what is the role of the Government in ensuring that these solutions are had? I leave that question with you.” 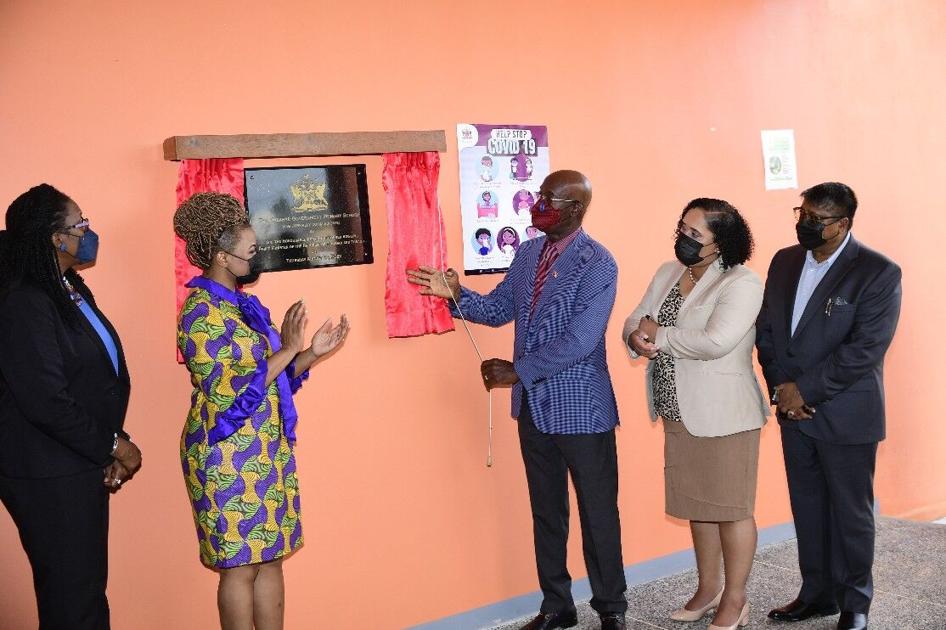 Welcome to the Climate-Covid Convergence

Welcome to the Climate-Covid Convergence