by friends of loch lomond and the trossachs
in COVID-19
Reading Time: 4 mins read
A A
465
SHARES
1.8k
VIEWS
Share on FacebookShare on Twitter

In a concerted move to tackle Loch Lomond’s litter shame the Friends of Loch Lomond and the Trossachs have successfully introduced a pilot litter bin scheme in twenty laybys beside the A82 on Loch Lomondside over the summer months. The installation and regular emptying of the bins is making a big improvement along what was, until recently, regularly a litter strewn corridor in one of the world’s great beauty spots.

This initiative is part of a wider £90,000 Two Lochs Visitor Management Project being led by the Friends with funding support from a variety of sources including the NatureScot Green Recovery Fund, the Hannah Stirling Loch Lomond Trust and environmental waste recycling company ENVA.

It is an initiative with a focus on taking practical actions to address serious littering and outdoor toileting issues which have become much worse following the easing of Covid 19 travel restrictions with increased visitor numbers in an already heavily visited tourist destination. It also aims to add to the efforts of other agencies and volunteers working to make Loch Lomond a better place for visitors and residents to enjoy responsibly.

John Urquhart, Vice Chair of the Friends said:’’ For many years now we have asked public agencies for litter bins to be installed in laybys alongside the busy Loch Lomond stretch of the A82 as part of a wider litter action plan but sadly this never happened other than beside the very short southern length covered by West Dunbartonshire Council.

‘’We therefore decided to take direct action ourselves and raised sufficient funds to run with this seasonal pilot scheme which is working well and making a real difference on the ground backed up with regular emptying and impact monitoring.

‘’We are pleased our actions are being complemented by others with the recent involvement of the Community Service team operating out of Helensburgh who are undertaking regular litter picks. The National Park Authority have also undertaken litter clearing work in laybys near camping permit zones beside the loch which are being intensively used over the busy summer months.’’

Jackie Baillie MSP has praised the Friends for stepping in and providing much needed bins and she said: ‘’This is a welcome and very practical pilot project and I am delighted to support the Friends impressive efforts to tackle what has been a long running problem which deserves to be resourced better and become part of the main stream services provided by local public agencies.’’

She added’’ I am aware there are great inconsistencies in approaches to tackling litter in the Loch Lomond area by public agencies and it is interesting that along the entire length of the A9 in Scotland’s only other National Park-the Cairngorms National Park- bins have been provided and emptied regularly by public bodies for many years and they have proved to work well as part of the battle to improve the litter situation there.

‘’It should not be left to a local charity to provide bins in laybys along the busy A82 on Loch Lomondside and I plan to make it a priority to get a longer-term solution in place involving public agencies as it would be a retrograde step to remove the bins after the pilot period comes to an end in October.’’

Sir Malcolm Colquhoun, Chairman of the Luss Estates Company as well as Honorary President of the Friends said: ‘’I greatly admire the determination of the Friends Trustees all of whom are all volunteers in helping to address the pressing litter situation on Loch Lomondside which, in recent years, has sadly deteriorated greatly with a sea of discarded human waste on roadsides, in laybys, on the loch shore and the bushes. This is utterly unacceptable in such an iconic scenic location where we should be a showcase for all the best Scotland has to offer.

‘‘This latest initiative is a welcome step forward but much more needs to be done as litter affects us all in an age when environmental concerns are to the fore. We should deal with this by confronting the culture that encourages and tolerates litter and particularly by ensuring the tax-funded public agencies whose job it is to look after the public infrastructure and the special Loch Lomond environment do so to a far higher standard with priority being given to tackling the basics such as litter in a much more effective and comprehensive way.’’

Building on the success of the pilot layby litter bin project the Friends have called for a five- point inter-agency action plan to be taken forward to urgently address the serious littering and outdoor toileting problems along the A82 corridor on Loch Lomondside which they consider should include:

· introducing advance services signing along the A82 at regular intervals to highlight where public toilets are, along with an indication if they are open 24 hrs and

·improving the overall quality of laybys with better levels of verge maintenance and design upgrades where necessary.

Press release distributed by Pressat on behalf of Friends of Loch Lomond and The Trossachs, on Monday 16 August, 2021. For more information subscribe and follow https://pressat.co.uk/ 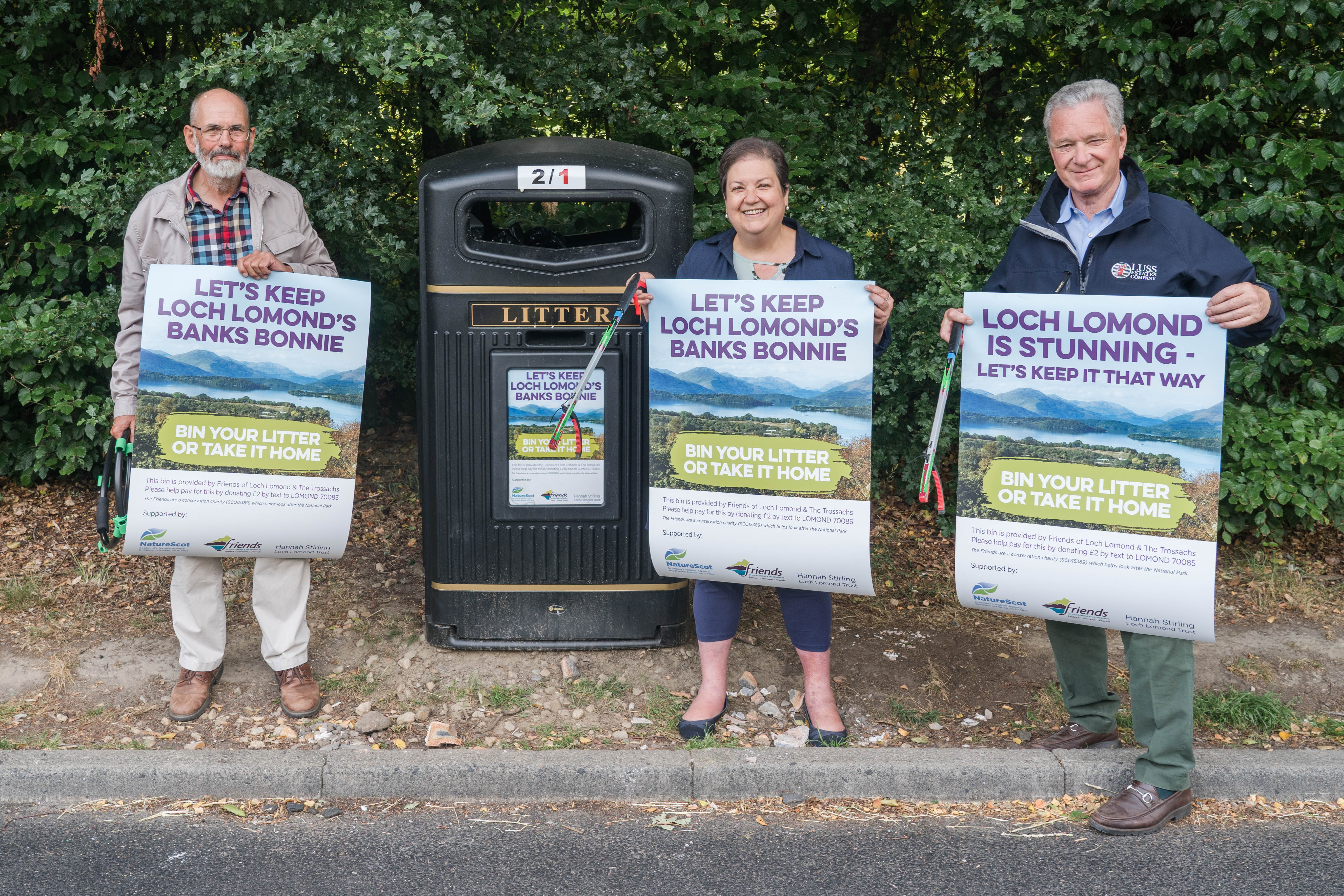 Medics treat a patient with coronavirus, left, as others prepare a patent to move at an ICU at the Moscow...

2.3 billion people do not have basic handwashing facilities at home, UNICEF warns

If there is one thing Covid 19 taught us, it is that hand washing is essential to ward off and...

Vicotrian Premier Daniel Andrews has announced a raft of restrictions would ease from Thursday night, including an end to Melbourne's...