by afp
in COVID-19
Reading Time: 4 mins read
A A
465
SHARES
1.8k
VIEWS
Share on FacebookShare on Twitter

Carmella, 72, who had a heart attack and could not be transferred to a specialized facility, is seen waiting at Bellville Medical Center in Texas — one of many rural clinics in the state overwhelmed with Covid patients — on September 1, 2021. — © AFP

Daniel Wilkinson survived two tours of duty in Afghanistan but died of complications from gallstones, deteriorating slowly as his under-equipped doctors looked on helplessly.

Wilkinson, 46, lived only 90 minutes by car or 30 minutes by helicopter from Houston, renowned for its top-flight hospitals. The problem is the Texas health care system has been utterly overwhelmed by people suffering from the Delta variant of the coronavirus.

In this wealthy state, 14,700 people were hospitalized as of September 1, just below a record set in January as a winter Covid wave wreaked havoc across America.

“In the previous surges, we kept a little over 750 patients. Right now we’ve been running between 820 and 850 patients, so the hospitals are quite full,” said Roberta Schwartz, executive vice president of Houston Methodist Hospital, which is actually a group of hospitals.

Things are so bad that a conference room at one of the facilities is being used to treat patients.

So rural health facilities are being forced to keep patients they are not equipped to care for — like Wilkinson.

He was admitted August 21 to the only hospital in his county, a block from his home in the town of Bellville, population 4,000.

The hospital did not have the equipment to remove his gallstones, so it tried to organize a transfer by helicopter to another hospital.

“Our staff and our physician worked nonstop for over six hours trying to get him that transfer to a tertiary care center anywhere,” said Daniel Bonk, the CEO of Bellville Medical Center.

“Our emergency room doctor at that time actually went on Facebook trying to get him transferred,” said Bonk.

A doctor near the Texas capital Austin offered to take in Wilkinson, then called back five minutes later to say there was no room at his hospital.

“We get a few calls every day from rural hospital leaders that are just frantically trying to find a place to send these patients,” said John Henderson, president of the Texas Organization of Rural and Community Hospitals. Sprawling Texas has 158 such facilities, more than any other US state.

He said Wilkinson’s case was not an isolated one.

“I would say every day this week we’ve had a situation that didn’t end well and resulted in a patient’s death,” said Henderson. 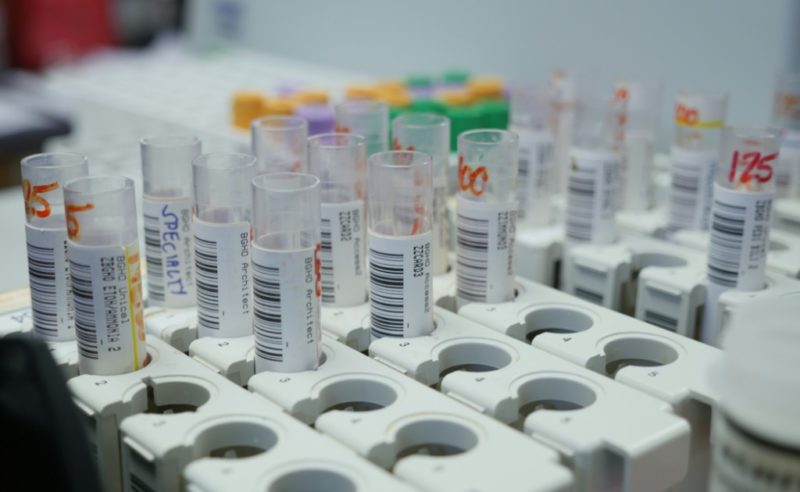 Blood specimen tubes are seen in the laboratory of Bellville Medical Center in the state of Texas where hospitals are overwhelmed due to record Covid-19 hospitalizations. — © AFP

“We ‘lose’ a nurse essentially every day, because that nurse has to call all of the hospitals in the surrounding areas to prove that we are doing our due diligence to get them elsewhere,” said Renee Poulter, who manages the nursing staff at the Bellville hospital.

“And that takes hours, hours if not the whole day spent phoning every hospital in the great state of Texas to see if anyone will accept your patient,” she added.

The Bellville facility is not designed to have an intensive care unit but like many, out of necessity, it had to fashion one.

“We have a critical, ICU-level Covid-positive patient at our rural facility that we have been taking care of for 11 days because we cannot find him a higher level of care,” said Poulter.

To help them, Texas is providing these uber-busy rural hospitals with respirators, oxygen and other means of stabilizing their patients. It is also bringing in nurses from other states.

Two such helpers showed up last week in Bellville, one coming from Pennsylvania and the other from Alabama, each working six shifts per week.

In one of the hospital’s rooms, a 72-year-old local woman named Carmella finishes a meal while her husband keeps her company, a day after she suffered a heart attack.

“They did jump in and did as much as they possibly could, but they are just swamped. They tried to transfer me. I heard some of the phone calls. And nobody would take me,” said Carmella, who did not give her last name.

“From what I understand, nobody’s leaving here,” she said. “It’s a sad situation.”

Carmella did eventually get better and was able to go home.

Others have not been as fortunate. 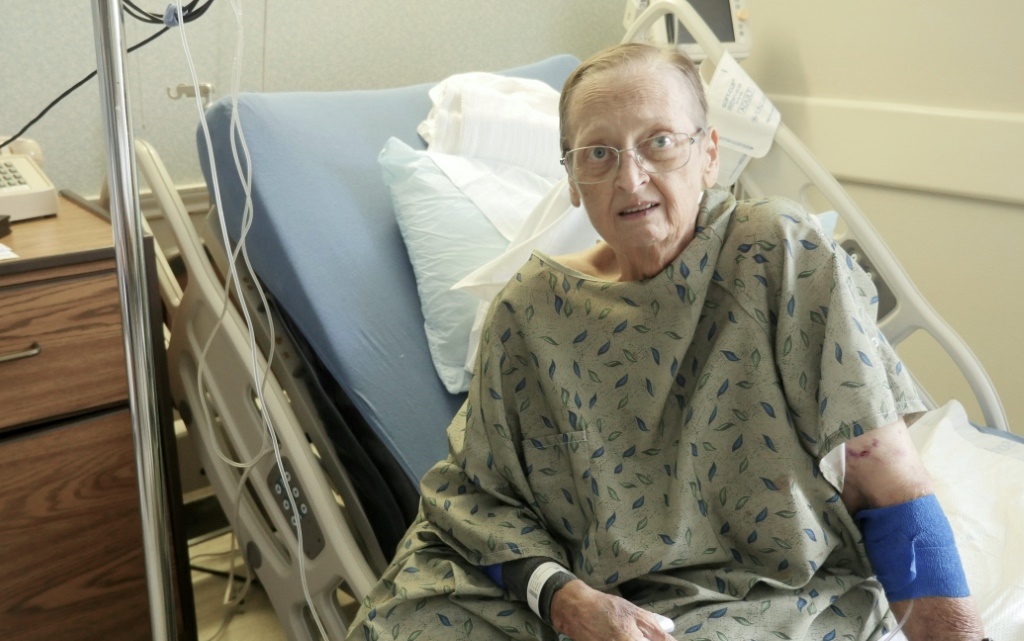