by alejandro mcnaught
in Africa News
Reading Time: 4 mins read
A A
465
SHARES
1.8k
VIEWS
Share on FacebookShare on Twitter

Northbrook, IL — (SBWIRE) — 09/14/2021 — According to the new market research report “Aircraft Engine Market by Type (Turboprop, Turbofan, Turboshaft, Piston Engine), Platform (Fixed wing, Rotary Wing, UAV), Component(Compressor, Turbine, Gear Box, Exhaust Nozzle, Fuel System), Technology, and Region – Forecast to 2026”, published by MarketsandMarkets™, the Aircraft Engine Market size is projected to grow from USD 60.8 billion in 2021 to USD 92.9 billion by 2026, at a CAGR of 8.9% from 2021 to 2026. The market is driven by various factors, such as rise in demand of commercial aviation, growing aerospace industry and increasing investment in defense aviation industry and others.

Increasing operations in the commercial aircraft industry will drive the market

Based on the type, the turbofan aircraft engines are projected to grow at the highest CAGR rate for the aircraft engine market during the forecast period. Turbofan engines are much more capable of flying at a higher altitude when compared to other engines, these engines also have a less amount of noise as compared to others, they are the most suitable engine for long-range flights because of their lighter weight.

Based on the component, the turbine is projected to grow at the highest CAGR for the aircraft engine market during the forecast period. A turbine is a rotary engine that Is used to extract energy from a flow of combustion gases. So, a turbine harnesses the kinetic energy of these gases and turns them into rotational motion. A turbine in an aircraft engine is composed of a series of blades and allows the flow of gases to enter the turbine which pushes the blade. This creates a rotational motion after which the gases are ejected which has lesser energy.

Our 850 fulltime analyst and SMEs at MarketsandMarkets™ are tracking global high growth markets following the “Growth Engagement Model – GEM”. The GEM aims at proactive collaboration with the clients to identify new opportunities, identify most important customers, write “Attack, avoid and defend” strategies, identify sources of incremental revenues for both the company and its competitors. MarketsandMarkets™ now coming up with 1,500 MicroQuadrants (Positioning top players across leaders, emerging companies, innovators, strategic players) annually in high growth emerging segments. MarketsandMarkets™ is determined to benefit more than 10,000 companies this year for their revenue planning and help them take their innovations/disruptions early to the market by providing them research ahead of the curve.

MarketsandMarkets’s flagship competitive intelligence and market research platform, “Knowledge Store” connects over 200,000 markets and entire value chains for deeper understanding of the unmet insights along with market sizing and forecasts of niche markets. 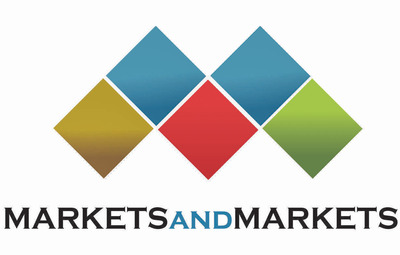