by stephanie tower
in Africa News
Reading Time: 4 mins read
A A
464
SHARES
1.8k
VIEWS
Share on FacebookShare on Twitter

Regulators from all over the world continue to take action against unregulated activities and businesses of digital currency companies and platforms, proving that no one is invincible to regulation.

The U.S. Securities and Exchange Commission (SEC) has warned it will potentially sue cryptocurrency exchange Coinbase if it pursues launching its USDC lending product, Lend. Coinbase Lend program will allow eligible customers to earn interest on select assets, starting with 4% APY on USD Coin (USDC) they hold on the platform.

Brian Armstrong, Coinbase CEO, revealed on Twitter early this week that the SEC has threatened the company with legal action. The company was also issued subpoenas to provide more information to the SEC, which have been complied.

6/ They refuse to tell us why they think it’s a security, and instead subpoena a bunch of records from us (we comply), demand testimony from our employees (we comply), and then tell us they will be suing us if we proceed to launch, with zero explanation as to why.

According to a blog by Coinbase Chief Legal Officer Paul Grewal, the SEC told the company they consider Lend to involve a security. Grewal wrote, “but (SEC) wouldn’t say why or how they’d reached that conclusion.” He added that the commission then opened a formal investigation after not hearing from them as soon as Coinbase publicly announced the program and opened a waitlist in June.

Coinbase will not launch Lend until at least October but assured customers that the company will keep them informed of its progress.

Still with the SEC, the commission is also investigating DeFi platform Uniswap Labs, according to a Wall Street Journal report. The U.S. regulator is reportedly looking into Uniswap’s marketing initiatives and how users trade on the platform. Uniswap Labs is the creator of the popular Uniswap DEX.  No formal case has been filed during this process to date.

As if the SEC has not done enough to remind the industry of regulatory compliance, the commission published an investment scam alert related to digital assets and currencies. The announcement reminds investors to watch out for investment schemes that could lead to devastating losses for retail investors due to scams.

In a related news, Singapore and South Africa have joined the long list of regulators around the world going after Binance following regulators from the U.K., Canada, Malaysia, Germany, Thailand, the Cayman Islands and others.

The Southeast Asian country banned Binance from providing payment services and placed the exchange on its Investor Alert List. Starting Sept. 10, Binance.com will stop offering Singapore dollar trading pairs and payment options. The app will no longer be available in the country.

In South Africa, Financial Sector Conduct Authority (FSCA) announced that the Binance Group is “not authorized to give any financial advice or render any intermediary services in the country.”

In the U.K., the Financial Conduct Authority (FCA) is seeking more control over digital assets and related promotions. In a speech early this week on the risks of token regulation, FCA Chair Charles Randell said regulators should have the powers “to reduce the potential harm to consumers from purely speculative tokens” and over “the risk of contagion of the regulated business of authorised firms by unregulated activities in digital tokens.”

Randell highlighted that the digital world will continue to create “problematic content” like online promotions by social media influencers and celebrities, which he said has no value. The Chair mentioned the recent promotion made by Kim Kardashian, who was paid to post a story to her 250 million Instagram followers and promoted  “joining the Ethereum Max Community.”

“I can’t say whether this particular token is a scam. But social media influencers are routinely paid by scammers to help them pump and dump new tokens on the back of pure speculation. Some influencers promote coins that turn out simply not to exist at all,” Randell said.

With some digital asset companies using influencers and celebrities to promote tokens, the FCA has recognized the need to regulate this activity more aggressively.

In other news, Bitcoin SV’s most popular casino app, Peergame, recently added blackjack to its game selection. On Peergame, players can make micro bets as well as wagers worth several BSV, which is not possible in any other public blockchain. With the addition of blackjack, Peergame now offers a full suite of real money casino games—baccarat, roulette, and other unique games like Coin Flip, Turtle Race, and more.

A brand-new pet is coming to Bitcoin town: say hello to Duro Dogs! The latest Bitcoin-powered Earn and Play app that lets you collect, feed, train and trade your virtual pets. It’s an NFT game where you can start for free and earn from your play. The more dogs and items you get, the more you can earn. Visit durodogs.com to sign up for the waitlist.

And before you go, be sure to check out Kurt Wuckert Jr.’s blog on the recent BSV Blockchain Conference in Miami. Plus, learn more about the record-breaking MetaID on this week’s episode of The Bitcoin Bridge with Jon Southurst. 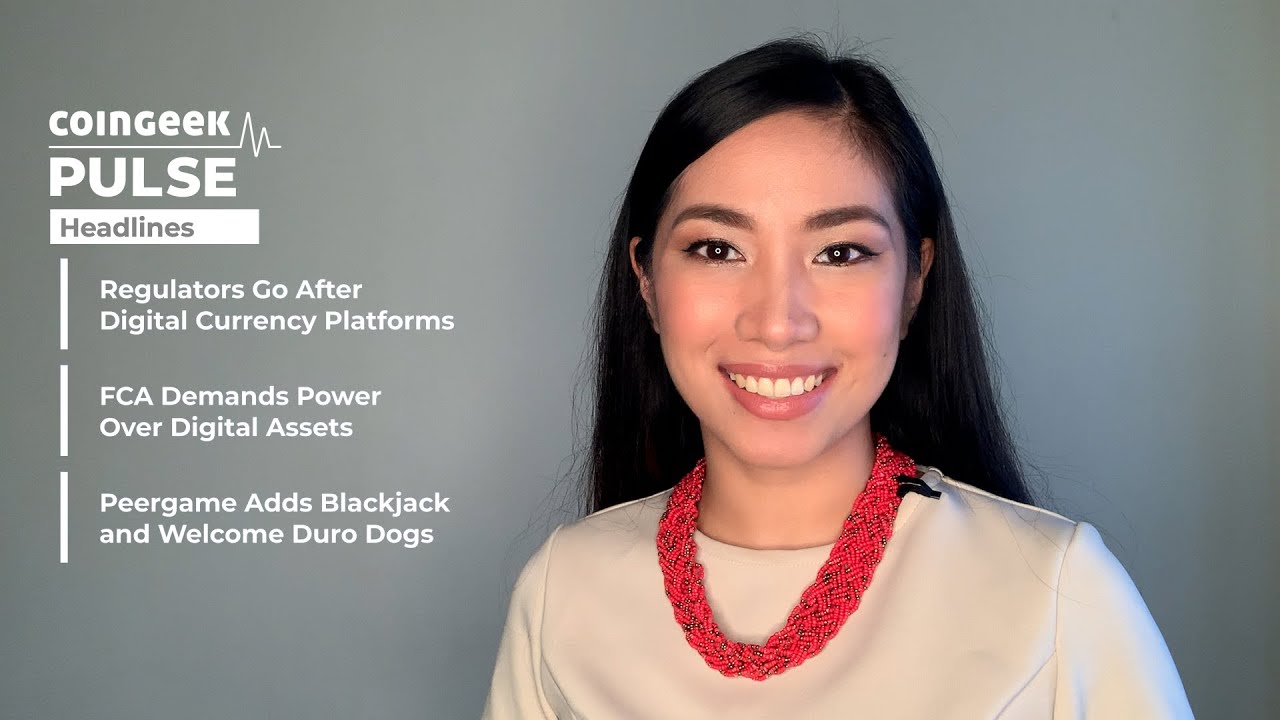 News24.com | It is a ‘safe vaccine’: SA kids taking part in Sinovac Covid-19 trials get their first jabs

What will it take to build the future of e-commerce in Africa?

What will it take to build the future of e-commerce in Africa?