by jeanice guillemette
in Africa News
Reading Time: 2 mins read
A A
466
SHARES
1.8k
VIEWS
Share on FacebookShare on Twitter

Channel 4 has teamed up with Google Pixel, the tech company’s smartphone and tablet range, in what the broadcaster said was its biggest branded entertainment partnership to date: Highlife, a four-part “docu-ality” series.

Highlife is described as following “the lives and loves of a group of ambitious, glamorous young British West Africans all chasing their own idea of success. It showcases a community where high family expectations often impact career choices, relationships and even friendship groups”.

It launches tomorrow (10 September) as part of Channel 4’s Black to Front Project, as part of which the entire day’s programming will be fronted by black talent. Other shows include Big Age, a comedy from Bolu Babalola about four young black British friends, while mainstay Celebrity Gogglebox will have an all-black line-up.

The partnership – the first between Channel 4 and Google – was brokered by OMD UK and Channel 4’s commercial arm, 4Sales. OMD UK led on the original concept development and provided supporting offline media amplification.

Alongside the main series, the partnership will also encompass a five-part social series, a set of TV sponsorship idents and four contextual ads.

The social series, Picture This – created by Luti Media – will “shine a light on the Highlife cast and how their relationships, life stages and culture have an impact on the world”, while also featuring the first appearance of the new Google Pixel 6 phone.

The idents star top black British comedians Kojo Anim, Lola Jagun and A Dot sharing their reactions to the show, while the contextual ads, which use the channel’s “Faces of 4” format, feature Highlife cast members Bernicia, Cuppy, Kidd and Chiefer answering questions about their lives and culture, while also profiling features of the Pixel 6.

Omnicom Media Group’s Drum led the overall deal and creative for the idents and contextual ads, working closely with Luti Media. Highlife itself is co-produced by Cr8tive Row and Optomen. The series was commissioned by Vivienne Molokwu for Channel 4. Stella Onuorah brokered the deal on behalf of 4Sales.

Sophie Lloyd, branded entertainment and creative leader at Channel 4, said: “Highlife is testament to the fantastic collaboration and hard work of all those involved in the scale and integrated nature of this exclusive partnership.

“We’re excited to finally share this incredible series alongside Google Pixel, coinciding with Channel 4’s Black to Front Project and reflecting the cultural diversity of Britain on-screen in a positive way”.

Laura Fenton, chief executive of OMD UK, added: “At OMD UK we have huge ambitions to reach and represent Real Britain in the media solutions we develop for our clients, driven by our Diversity by Design planning process.

“Google UK are at the forefront of this inclusive approach and we’re so proud to partner with them, Channel 4, Drum and Essence to bring viewers this standout branded entertainment that will showcase the Pixel in all its glory.” 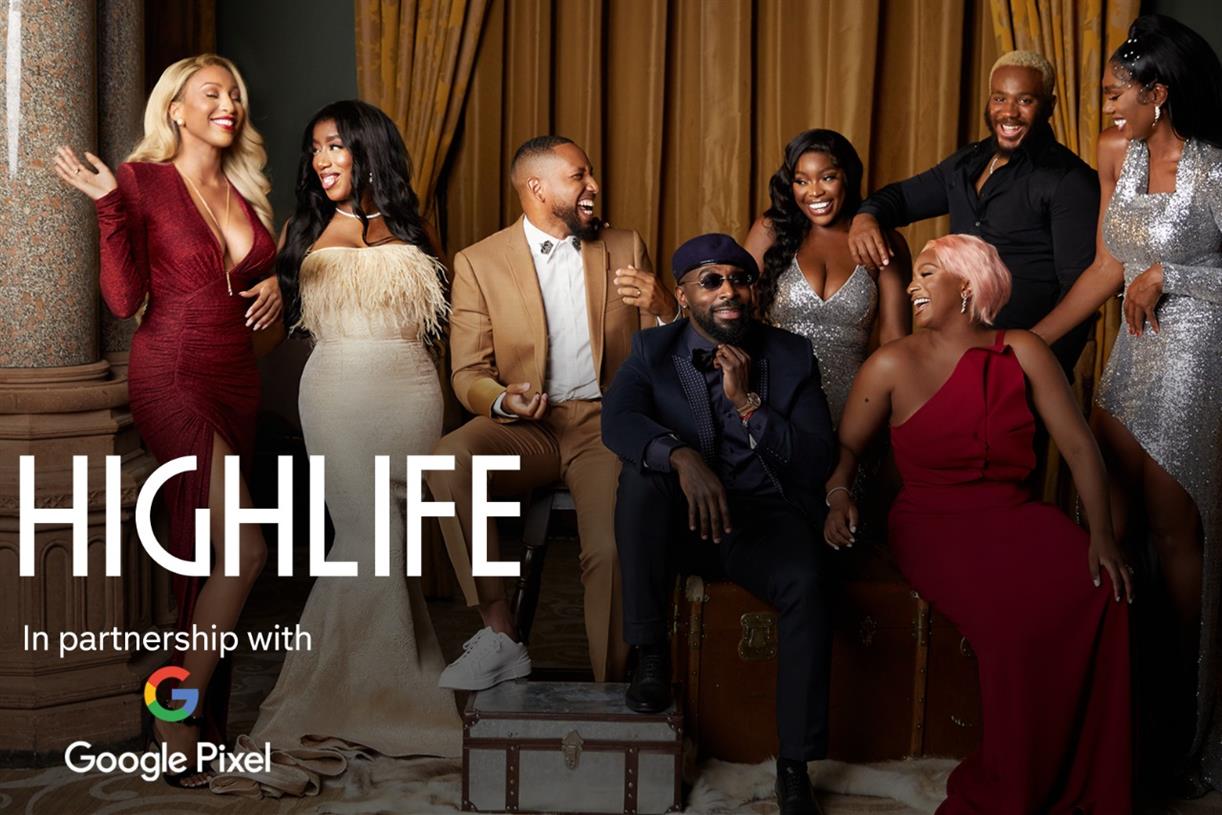 IT security starts with knowing your assets: Europe, the Middle East, and Africa