by randy wiers
in Africa News
Reading Time: 4 mins read
A A
464
SHARES
1.8k
VIEWS
Share on FacebookShare on Twitter

In Lagos, Nigeria on March 12, Yaba Mainland hospital staff receive coronavirus vaccinations provided through the global COVAX initiative, which is the main source of vaccines for low-income countries.

Millions of vaccines donated to African countries by Canada and Britain will expire within a few weeks, triggering a rush to administer them before they are wasted, an African Union health expert says.

The race to prevent losses in the soon-expiring donations is the latest sign of stresses from the global vaccine shortage, which has hit Africa more severely than any other region.

The shortage grew worse on Wednesday when officials announced a delay in shipments from the non-profit COVAX program, the main source of vaccines for low-income countries. Supplies this year will be about 25 per cent less than previously forecast, they said.

Because of the shortage, only about 3 per cent of Africans are fully vaccinated.

Canada and Britain, which have fully vaccinated more than 60 per cent of their populations, are donating millions of AstraZeneca vaccines to Africa after deciding that they don’t need the doses that they had secured in earlier contracts.

“Leftovers are NOT the answer,” Dr. Alakija said in a tweet last week. She called for “partnership, not charity” on vaccine supplies.

Canada has promised to donate 40 million vaccine doses to developing-world countries through the COVAX program. But based on publicly available information, only about 5 per cent of its promised amount has been delivered so far.

Canada’s biggest single donation, at this stage, is a batch of 801,600 AstraZeneca vaccines that arrived in Nigeria on Sept. 2.

In countries such as Nigeria, with huge populations and relatively poor infrastructure in some regions, it can take weeks to process and distribute the vaccines from their arrival point to vaccination sites on the ground, making it a tight race to use the vaccines before they expire. The distribution of vaccines in Nigeria takes about three weeks from the day of arrival, Dr. Alakija said.

Christelle Chartrand, a spokesperson for Global Affairs Canada, said the allocation of Canada’s donations is being managed by a COVAX dose-sharing program. “Canada has therefore no say in this process,” she told The Globe and Mail in an e-mailed response to questions.

Before doses are delivered, COVAX confirms with recipient countries that they are able to deploy the vaccines before they expire, she said.

Wealthy countries have promised to donate more than one billion vaccine doses, but less than 15 per cent of those doses have been delivered so far, according to the World Health Organization.

“There has been a lot of talk about vaccine equity, but too little action,” the WHO’s director-general, Tedros Adhanom Ghebreyesus, said in a media briefing on Wednesday.

“I will not stay silent when the companies and countries that control the global supply of vaccines think the world’s poor should be satisfied with leftovers.”

He urged the G20 group of countries, which includes Canada, to fulfill all of their donation pledges by the end of this month. And he urged all countries to refrain from giving booster shots to their people for the rest of this year, so that low-income countries have a better chance to vaccinate their most vulnerable. Canada is among those that have ordered millions of doses for booster shots.

“Because manufacturers have prioritized or been legally obliged to fulfill bilateral deals with rich countries willing to pay top dollar, low-income countries have been deprived of the tools to protect their people,” he said.

Jason Nickerson, humanitarian representative to Canada for Médecins sans frontières (Doctors Without Borders), noted that Canada is expected to receive a further 95 million Pfizer and Moderna vaccine doses by the end of this month, even though it had already received enough doses to fully vaccinate every Canadian more than a month ago. The surplus doses should immediately be shared with people who have yet to receive a single dose, he said.

He also expressed concern about the reports of early expiry dates in the donated doses. “Less wealthy countries should not be dumping grounds for doses on the cusp of expiry,” he told The Globe.

The COVAX program, meanwhile, revealed that its vaccine deliveries this year will be 25 per cent less than forecast, mostly because of a continuing export ban in India, a disruption in manufacturing by AstraZeneca and Johnson & Johnson, and a delay in approvals for other vaccines.

An analysis this week by Airfinity, a science information company, found that the world’s wealthy countries already have 500 million surplus vaccines that they could redistribute this month, and potentially 1.2 billon by the end of this year. The vast majority of these doses have not been earmarked for donations, it said.

In a letter to Prime Minister Justin Trudeau this week, more than 200 Canadian scientists and health experts urged the government to suspend any booster shots for low-risk Canadians until a greater share of the world’s population has received their first shot. 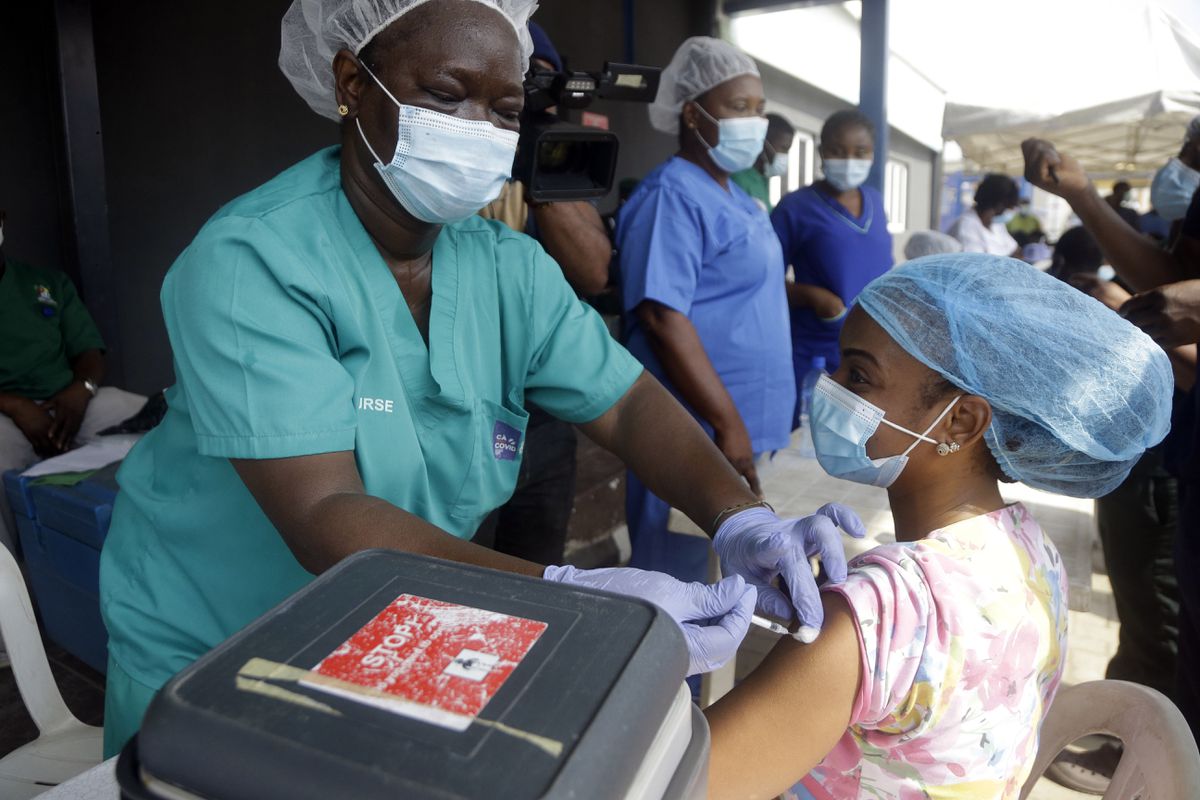