Florida grapples with its deadliest phase of COVID-19 pandemic yet

by Thomas Serna
in COVID-19
Reading Time: 5 mins read
A A
465
SHARES
1.8k
VIEWS
Share on FacebookShare on Twitter

Florida is in the grip of its deadliest wave of COVID-19 since the pandemic began, a disaster driven by the highly contagious delta variant.

Florida is in the grip of its deadliest wave of COVID-19 since the pandemic began, a disaster driven by the highly contagious delta variant.

While Florida’s vaccination rate is slightly higher than the national average, the Sunshine State has an outsize population of elderly people, who are especially vulnerable to the virus; a vibrant party scene; and a Republican governor who has taken a hard line against mask requirements, vaccine passports and business shutdowns.

As of mid-August, the state was averaging 244 deaths per day, up from just 23 a day in late June and eclipsing the previous peak of 227 during the summer of 2020. (Because of both the way deaths are logged in Florida and lags in reporting, more recent figures on fatalities per day are incomplete.)

Hospitals have had to rent refrigerated trucks to store more bodies. Funeral homes have been overwhelmed.

Cristina Miles, a mother of five from Orange Park, a suburb of Jacksonville, is among those facing more than one loss at a time. Her husband died after contracting COVID-19, and less than two weeks later, her mother-in-law succumbed to the virus.

“I feel we are all kind of in a weird dream state,” she said, adding that her children are grieving differently — with one shutting down, another feeling inspired to pass a hard swimming test and the oldest going about her life as usual.

Hospitals have been swamped with patients who, like Miles’s husband and mother-in-law, haven’t been vaccinated.

In a positive sign, the number of people in the hospital with COVID-19 in Florida has dropped over the past two weeks from more than 17,000 to 14,200 on Friday, indicating the surge is easing.

Florida made an aggressive effort early on to vaccinate its senior citizens. But Dr. Kartik Cherabuddi, a professor of infectious diseases at the University of Florida, said the raw number of those who have yet to get the shot is still large, given Florida’s elderly population of 4.6 million.

WATCH | Fauci on what it will take to get America vaccinated:

Anthony Fauci on what it will take to get America vaccinated

Andrew Chang sits down with Dr. Anthony Fauci to discuss the latest vaccination push in the United States and what it will take to get some 80 million Americans inoculated. 6:05

Overall, more than 46,300 people have died of COVID-19 in Florida, which ranks 17th in per-capita deaths among states.

The majority of the deaths this summer — like last summer — are among the elderly, but the proportion of under-65 people dying of COVID-19 has grown substantially, which health officials attribute to lower vaccination rates in those age groups.

What’s happening around the world

As of Saturday, more than 220 million cases of COVID-19 had been reported worldwide, according to Johns Hopkins University. The reported global death toll stood at more than 4.5 million.

In the Americas, some cities in Brazil are providing booster shots of the COVID-19 vaccine, even though most people have yet to receive their second jabs. The move reflects the concern in the country over the highly contagious delta variant.

In Europe, Germany’s top health official has called on more citizens to get vaccinated, warning that if the numbers don’t go up, hospitals may get overwhelmed by COVID-19 patients toward the end of the year. Health Minister Jens Spahn tweeted that “we need at least 5 million vaccinations for a safe autumn and winter.”

In the  Asia-Pacific region, New Zealand reported its first coronavirus death in more than six months, while the number of new cases continued to trend downward. Health authorities said the woman who died was in her 90s and had underlying health problems.

In Africa, a survey of 18- to 24-year-olds in 15 countries on the continent found that nearly a fifth of the survey’s 4,500 respondents said they lost their jobs, and 37 per cent said they had to stop or pause their education. Another eight per cent surveyed saw their pay docked, 18 per cent had to move back home and 10 per cent said they were forced to care for family members. 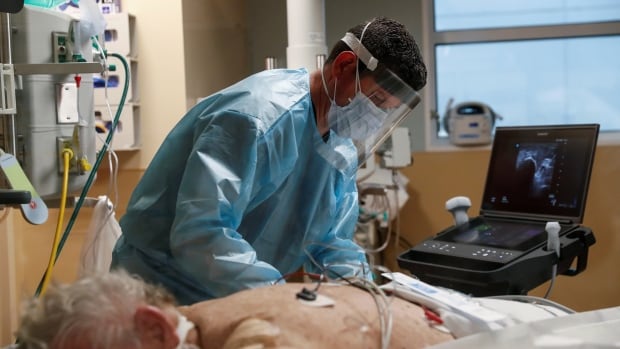 ECB Dares to Ask If Crisis Stimulus Can Be Pared Back: Eco Week