by Thomas Serna
in Africa News
Reading Time: 4 mins read
A A
465
SHARES
1.8k
VIEWS
Share on FacebookShare on Twitter

Africa has the fastest growing population of any continent and 60% of Africans are under the age of 24. A continent of young people is one bursting with potential. It’s a source of new talent and new ideas.

Aisha Saleh, 16, lives in a low-income area of Lagos, Nigeria, with her grandmother, having lost her mother at the age of four. In 2020, at 15, Aisha began a campaign to tackle period poverty and cultural taboos regarding menstruation. Like many girls in Nigeria, Aisha could not afford menstrual hygiene products, which meant she frequently had to skip school.

Aisha urged the Nigerian government to ensure girls’ right to education by providing free sanitary pads, spurring a public donation drive that provided girls in several parts of the country, including in camps for displaced people, with essential hygiene products.

Aisha embodies a new generation of young Africans who refuse to accept injustice, and she is living proof that young people have the power to change societies for the better. But as things stand, many young Africans — like their counterparts in many other parts of the world — will not be able to realise their full potential, robbing young women like Aisha of the opportunities they deserve.

According to the African Union, unless the disparities in realising the right to education are tackled, inequality across the continent will continue to grow. In Burkina Faso, for example, only about 17% of girls attend secondary school, partly because of high rates of child marriage; in some parts of the country, more than half of girls are married before they turn 18.

In Tanzania, the government has adopted a ban denying pregnant girls re-entry to school, leaving them battling a cycle of poverty — an act that is being challenged before the African Court of Human and People’s Rights.

In South Africa, a child’s experience of education remains dependent on where they live. Millions of children in the poorest provinces go to school in crumbling buildings that lack basic equipment or even proper toilets.

Every child in the world has the right to an education, the right to life with dignity; health; identity; equality and nondiscrimination; a safe place to live; protection from harm; participation (including the right to express views and be heard); bodily integrity; protection from armed violence; justice and liberty; privacy; minority and indigenous rights; education; play; freedom of thought and peaceful protest.

This is not our opinion, these are universal rights set out in the United Nations Convention on the Rights of a Child in 1989, which all African governments signed up to. The following year, countries across Africa took a step further by adopting the African Charter on the Rights and Welfare of the Child, strengthening their commitment to children’s rights.

In our new book, Know Your Rights and Claim Them, we outline the universal rights set out in the convention, and stories of young people from around the world who are campaigning for their rights and the rights of others.

Zulaikha Patel, 19, from South Africa, led a campaign to fight racial discrimination at her high school. In 2016, Zulaikha, aged 13, along with other black learners marched to demand that Pretoria High School for Girls changed its racist and sexist hair policy, after the school instructed them to “fix” or chemically straighten their hair and had enforced its rules using racially derogatory language.

South African Zulaikha Patel led a campaign against racist hair policy at her school. As a result the education department changed the policy

The girls used social media to communicate their cause, starting a hashtag, #StopRacismAt-PretoriaGirlsHigh, which was used more than 150 000 times.

The campaign united black learners around the country, giving them a space to voice their grievances about discrimination, and inspired similar protests at other schools.

It worked; the regional department of education suspended the hair policy. Zulaikha has gone on to publish her debut book, My Coily Crowny Hair, which is a celebration of Afro hair and Africaness.

Like Aisha, Zulaikha is proof that young people are a force to be reckoned with.

Equipping children with the knowledge and resources they need can provide a beacon of light in the most horrific situations.

In 2005, Moses Akatugba was waiting for the results of his secondary school exams when he was arrested by the Nigerian army. He was shot in the hand, beaten and accused of stealing three cell phones in an armed robbery nearby, a charge Moses denied. He was tortured and forced to sign a confession.

After eight years in prison, Moses was sentenced to death by hanging. During his time behind bars Moses coached the prison football team to try to keep everyone’s hope alive. Activists, including many young people, and Amnesty International demonstrated outside their country’s Nigerian embassies on his behalf and Moses was freed in 2015.

Through his time in prison, Moses learnt about the importance of human rights — and witnessed the power of activism. Now, 32, he is a student and campaigns against the death penalty.

Zulaikha, Aisha and Moses are just a few young people who have shown that standing up for your rights and believing in yourself can change societies. It’s time to further invest in young people by ensuring they’re able to know their rights and claim them.

In the meantime, determined young activists continue to shape the future they want to see. Whether tackling racial discrimination, climate change and period poverty or overcoming adversity, young Africans are proving their potential and demonstrating their generation’s power.

Now we need to support them by ensuring every child is able to claim their rights. 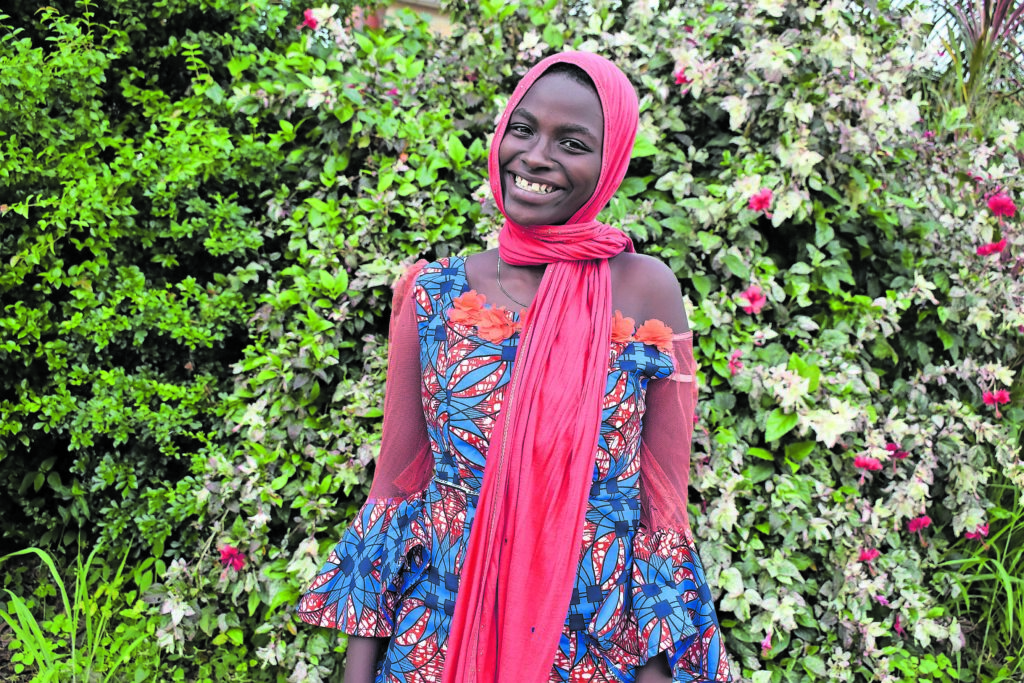