Mu COVID Variant, Which Could Be Resistant to Vaccines, Now in Almost Every State

by Rebecka Redner
in COVID-19
Reading Time: 3 mins read
A A
467
SHARES
1.8k
VIEWS
Share on FacebookShare on Twitter

A variant of COVID-19 that may potentially be resistant to vaccines is now present in almost every U.S. state, the District of Columbia and the U.S Virgin Islands, with prevalence highest in the state of Alaska.

The Mu variant – also known as B.1.621 – was classified as a “variant of interest” by the World Health Organization (WHO) on Monday and cases of the strain had been reported in 47 states by September 1.

The variant is now present in every state except Nebraska, according to Outbreak.info, an open-source database from Scripps Research. However, Dr. Anthony Fauci has said Mu is not considered an “immediate threat.”

Concerns about Mu stem from its mutations, which may make it resistant to COVID-19 vaccines.

However, the Delta variant remains dominant in the U.S. at the moment and cases of Mu have been relatively limited thus far.

The strain is currently most prevalent in Alaska where it accounts for 4 percent of 3,837 sequenced samples, according to data from Outbreak.info.

In terms of raw numbers, California has the most Mu cases among sequenced samples at 384 – though the total number of samples tested was 139,930, meaning Mu accounts for just 1 percent of these samples. Numbers vary significantly from state to state, with Florida registering 305 Mu cases and Vermont just one.

Fauci, who is director of the National Institute of Allergy and Infectious Diseases (NIAD), told a press briefing on Thursday that Mu was not an imminent danger to the U.S.

“We’re paying attention to it, we take everything like that seriously, but we don’t consider it an immediate threat right now,” Fauci said.

“This variant has a constellation of mutations that suggests that it would evade certain antibodies, not only monoclonal antibodies, but vaccine- and convalescent serum-induced antibodies,” he said.

“But there isn’t a lot of clinical data to suggest that, it is mostly laboratory in-vitro data,” Fauci added.

“Remember, even when you have variants that do diminish somewhat the efficacy of vaccines, the vaccines still are quite effective against variants of that time,” the infectious diseases expert said.

On Thursday, the Centers for Disease Control and Prevention (CDC) reported that more than 83 percent of Americans had COVID-19 antibodies before the present Delta surge began.

A CDC study showed that this was due in large part to the COVID-19 vaccine rollout, which is ongoing, and encouraged those who have not yet been vaccinated to get the shot. 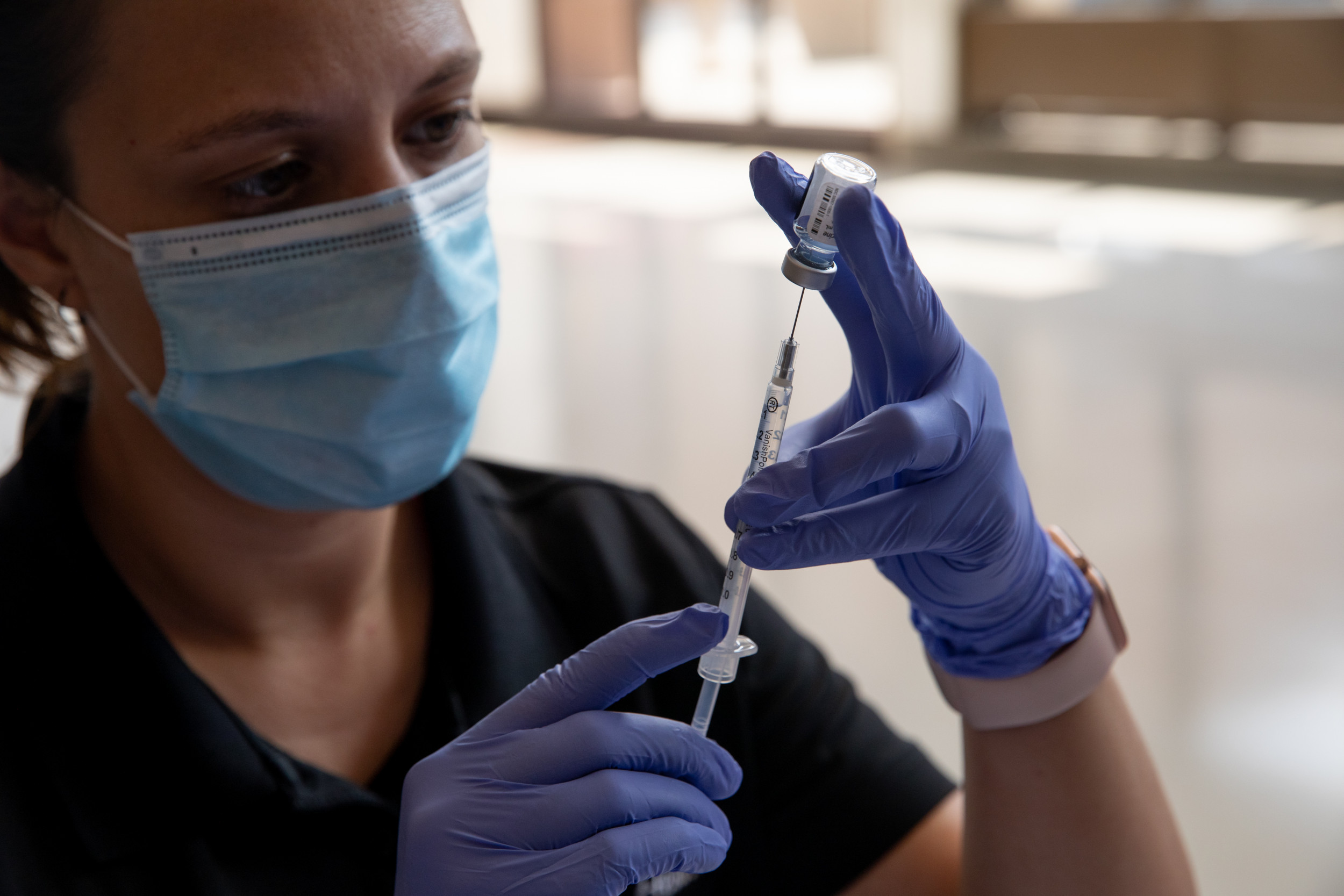