by Rebecka Redner
in COVID-19
Reading Time: 2 mins read
A A
465
SHARES
1.8k
VIEWS
Share on FacebookShare on Twitter
ADVERTISEMENT

SYDNEY (Reuters) -Australia will receive an additional 4 million doses of Pfizer’s COVID-19 vaccine this month after agreeing a swap deal with Britain, to help accelerate its vaccination programme amid a record surge in infections.

The deal, announced by Prime Minister Scott Morrison on Friday, will double the availability of Pfizer vaccines this month, with the first shipment of vaccines from Britain expected to arrive over the weekend.

Australia on Friday recorded its biggest one-day rise in COVID-19 infections, with 1,657 new cases and 13 deaths reported in the past 24 hours.

“On a difficult day like this, it’s important to bring hope. And, I can assure you, there is hope,” Morrison told reporters in Canberra.

“This will enable us to bring forward significantly the opportunity for Australia to open up again.”

Australia agreed a similar swap arrangement with Singapore earlier this week. Both deals will see Australia return Pfizer vaccines later in the year when the bulk of Canberra’s order is delivered.

“Our agreement with Australia will share doses at the optimum time to bolster both our countries’ vaccination programmes,” Sajid Javid, Britain’s Health Secretary, said in an emailed statement.

The surge in infections could make it more difficult for Morrison to persuade state and territories to remove lockdowns and restrictions on travel across state boundaries once 80% of their population over 16 years old are fully vaccinated.

Most of the new cases were again in Sydney, and New South Wales state Premier Gladys Berejiklian warned residents to brace for a spike in numbers as the next two weeks.

New South Wales and Victoria have warned people that they will now have to learn to live with COVID-19, though several other states have walked back on their commitment to the national plan.

These states, which are free of COVID-19, argue that the current third wave of infections makes it too risky to go along with the national plan to re-open borders.

The ongoing restrictions are threatening to drive Australia’s A$2 trillion ($1.5 trillion) economy into its second recession in as many years, and the discord over how to move forward will be a challenge for Morrison, who must call an election before May 2022.

A total of nearly 58,200 cases and 1,032 deaths have been recorded in Australia since the pandemic began, far lower than many comparable countries, but the Delta outbreak has cast doubt on whether it is wise to pursue elimination strategies. 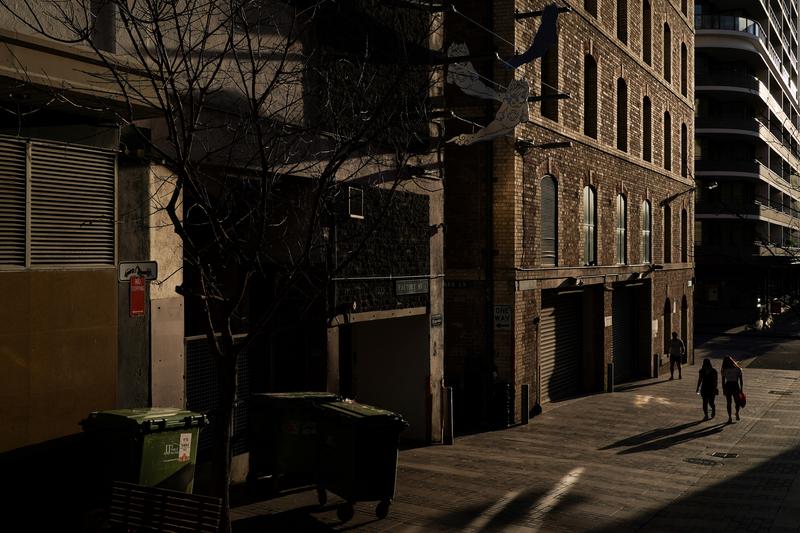 America’s in a COVID funk

America's in a COVID funk