If Survivor South Africa were a state-owned company…

Imagine Tribal Council on Survivor South Africa Immunity Island as a boardroom at the Department of Public Enterprises.

Now, stretch this notion somewhat to imagine a meeting about the Mango flip-flopping over the past year, Eskom’s load shedding, wet coal, SAA 2.0 and the failures at Denel, for example.

Around the table, a cackle of government, labour and opposition party politicians and bureaucrats. It would be an agenda from hell with an outcome based on loose and unpredictable odds.

In this week’s Survivor South Africa episode, Kiran would have been the head of operations for the state-owned electricity company, airing his views and easily pointing fingers to failures on anyone’s behalf. But without taking an iota of responsibility for the status quo himself. He’d shed his own load, exposing Anela’s strategic snafu and only admitting to his own play in a manner that would shore up a decent challenge for a competitor’s seat at the table.

Opposite him, Santoni, likely a trade union representative in the boardroom, still trying to play both sides of several alliances and sub-alliances but quietly admitting defeat.

At the head of the table, Tyson, self-appointed puppet master and grand manipulator. Opposite him, nemesis Chappies. It’s a face-off between National Treasury and Public Enterprises, a sustained tension where, as Chappies put it earlier in the episode, there is very little love or respect lost between the two parties.

Tyson said at Survivor South Africa’s genesis that he feels he is in a significant position of strength while Nicole plays the sideline game as well as any opposition politician possibly could.

But it was Anela’s flip flopping until the mighty end that changed the encounter. Just like the mess that state-owned companies seem to find themselves in, Anela became the runt of the litter as he Mango-ed between his ever-changing self-interests, all the same carrying a measure of guilt fuelled by loyalty when Nicole was going to be Survivor South Africa’s sacrificial lamb at one point.

Mango was grounded, nearly grounded, almost in business rescue, and then not, salaries unpaid and then some, with confusion and nonsensical behaviour in between. Anela was voting this way, scheming that way, saying one thing and doing another. He could play a great director-general of Public Enterprises, long tailing it in several directions but ultimately loyal to his paymaster, Tyson. After all, that ensures his Survivor life. But it took a challenge in front of the jury to expose what lies beneath.

At Tribal Council the voting didn’t go as plotted by anyone. And Santoni and Tyson faced off in a fire challenge as Nicole’s idol came into play. Santoni flamed her flint first, and got her fire going, not dissimilar to the unions’ attempt to force Mango into business rescue.

But it was a third force, the wind, that put Tyson ahead in the game. And while Santoni’s effort got her a seat at the table, her fire was put out as circumstance overtook resolve. In a power play of note, Tyson visibly signed his vote for Santoni; we all saw it when Nico counted the ballot. This was one poll nobody could postpone.

Earlier in the episode the Survivor South Africa Rewards Challenge saw castaways softened up with a family visit, a picnic and a measure of participation in the challenge. More than anything it was moral support and an emotional boost for the exhausted competitors. It also provided a safe space for islanders to confess, exchange and bounce off thoughts with loved ones that would not be there to outplay them later.

Chappies, as winner of the challenge, got to pick his competitors for the Immunity Challenge. His tripartite included alliance buddy Santoni and flipper Anela, both no match for his physical agility and prowess. Even though Santoni gave Chappies a run for a bit during the Immunity Challenge, he sealed the deal, winning his third successive Immunity Idol.

Next week, Survivor South Africa viewers can expect to see the laager tighten as there are no more idols in play, alliances are shredded, and fractious undercurrents abound. The only unbroken play remains between Kiran and Tyson, the Shadow League, as they call themselves. Let’s see what happens at the next round-table. 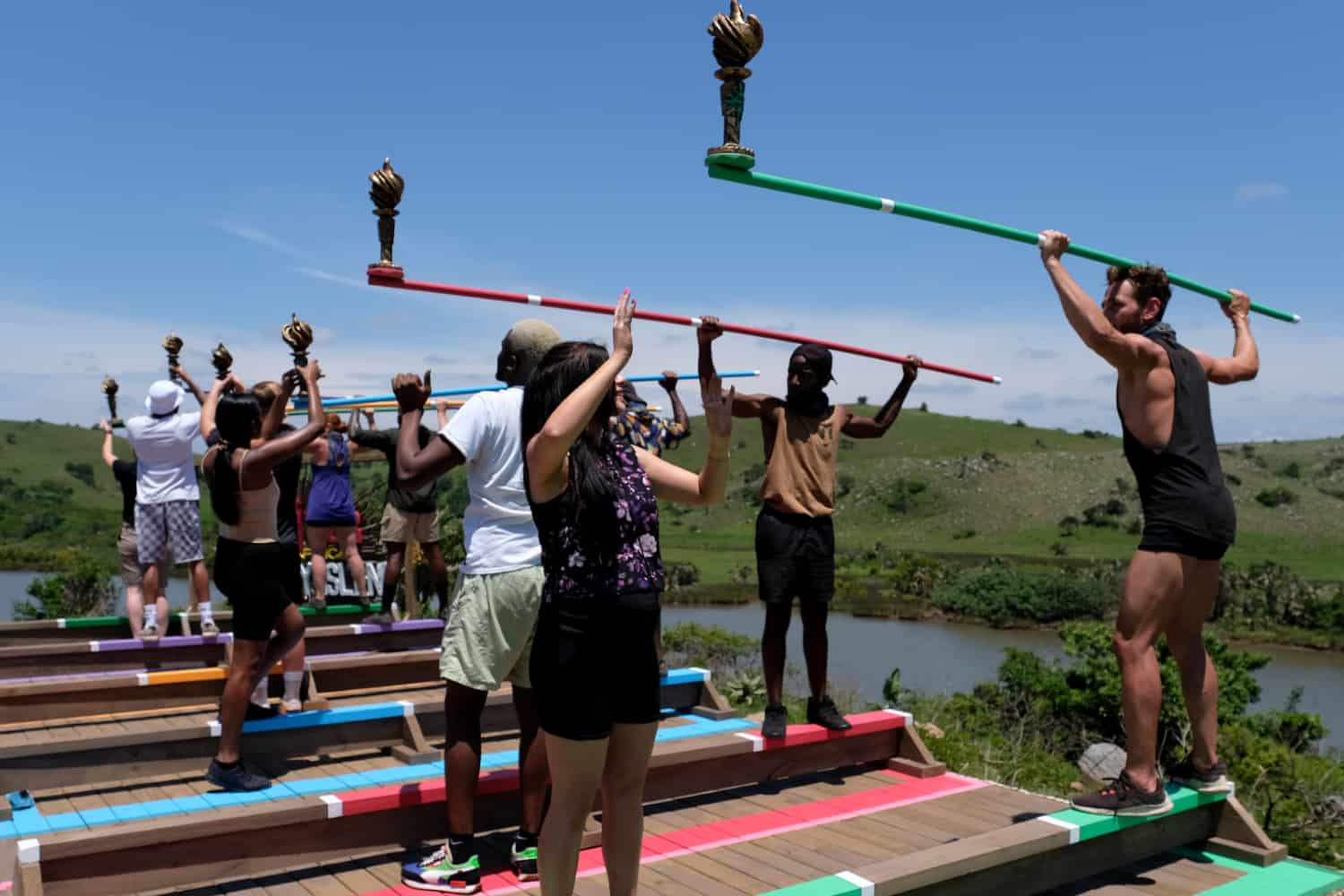 15 more pupils freed in Nigeria after release of 90 others

15 more pupils freed in Nigeria after release of 90 others