by Laine Pingree
in Africa News
Reading Time: 5 mins read
A A
465
SHARES
1.8k
VIEWS
Share on FacebookShare on Twitter

Earthquake victims reach for water being handed out during a food distribution in the Picot neighbourhood in Les Cayes, Haiti, on August 22 – AP Photo

The 230th anniversary of the historic Haitian Revolution, which transformed the political, social and economic relations in the world at the dawn of the 19th century, was observed on August 23.

The revolution also presents one of the most compelling examples of the human capacity to rise from the lowest abyss and achieve the most miraculous of feats.

Haiti was then a French colony called Saint-Domingue. With its flourishing sugar cane plantations, tended by enslaved Africans, Saint-Domingue was the richest colony in the world. In the book, The Black Jacobins, CLR James states, “on no portion of the globe did its surface in proportion to its dimensions yield so much wealth as the colony of San Domingo.”

On the backs of some half a million enslaved Africans, France became the richest, most powerful nation on earth. Under its leader, Napoleon Bonaparte, France was thus able to build the largest European Empire since the Romans.

When the Vodou priest, Dutty Boukman, launched the Haitian Revolution on the August 23,1791, he was actually challenging the most powerful imperialist nation of the era. Even more remarkable is the fact that his men had no military training or formal education.

Plantation life for the Africans was one of raw brutality in a hopeless existence. Under the legal system of “chattel slavery” the slave owner had the right to inflict any punishment, including the killing of his slave. Terms and conditions were dictated by the Code Noir (the Black Code). The philosophy guiding the Code Noir was based on the premise that it was most profitable to work an African so hard that he survived only five years and then buy a new one from the “slave traders.”

Residents cross the Cavaillon River to reach the Maniche market to sell their products, in Maniche, Haiti, on August 24, a week after a 7.2 magnitude earthquake hit the area. – AP Photo

African enslavement in Haiti began in 1517 when the first group of 15,000 Africans were imported. Yet, due to conditions akin to genocide, 284 years later about half of the 500,000 Africans in the colony had been brought from Africa. Thirty per cent of the Africans in the middle passage during the 1790s were carried to Haiti. The death and replacement rate was extremely high.

The Africans, however, had highly-developed organisational skills. They were versed in executing the entire process from cane cultivation to production of the raw sugar, as well as the refined white sugar. Richard Pares describes the Africans in his book, Merchants and Planters, as “an army of specialists.”

Yet what the Africans felt most of all was the whip on their backs and a fierce and burning desire for freedom. These are the men who rose up on that decisive August morning, attacked the white planters and began setting fire to the plantations, where it hurt the planters and their system most. It has been said that such was the fires that raged, that for two weeks one could not tell whether it was night or day.

Injured children and their parents sleep on mattresses, on the floor of the Immaculee Conception hospital, in Les Cayes, Haiti, on August 23, on the 258 anniversay of the Haitian Revolution, and a week after a 7.2 magnitude earthquake hit the area. – AP Photo

The courage and mental strength of the Africans certainly came to the fore. So motivated were these Africans that even in capture and torture when being burnt over slow fires they would laugh in the face of their former masters, satisfied to know that they would never be enslaved again. In a 13-year period, the former enslaved Africans defeated the military might, not only of the French, but also that of the British and Spanish, before declaring Haiti a free and independent nation on the January 1, 1804. Jean-Jacques Dessalines was its first President. Toussaint L’Overture, the leader of the revolution, had already been kidnapped by the French when he boarded a boat to discuss terms with his French counterparts. It is possibly the only occasion in recorded history when a leader was kidnapped during negotiations. He was imprisoned in France’s freezing Jura Mountains where he died within seven months.

Haiti’s contribution to Emancipation within the British Empire and South America often goes unrecognised. Haiti’s fight for freedom motivated Africans to rebel in countries far and wide. It is noteworthy that in 1807, a mere three years after Haiti’s Declaration of Independence, the British abolished the slave trade as a first step towards ending slavery.

Motorcyclists wait their turn to fill up their gas tanks in Les Cayes, Haiti, on August 23, on the 230 anniversasy of the Haitian Revolution. – AP Photo

The continuous revolts and burning of the plantations by the Africans, after the Haitian Revolution, removed the profits from the sugar industry and forced England to end the system. This culminated in the Emancipation Proclamation of August 1, 1834. Trinidad and Tobago, as well as the rest of the Caribbean, owe Haiti a big debt of gratitude for their contribution to our own Emancipation.

The same can be said for the Liberation of South America from Spanish colonial rule. For when Simon Bolivar, the iconic Liberator of South America needed help to launch his campaign, he first asked the British who refused. He then turned to Haiti, arriving in Port-au-Prince in December 1815, where he was welcomed by Haitian President Alexandre Petion. Petion gave Bolivar four thousand (4,000) guns, 15,000 lbs of gun powder, three boats and a printing press, as well as, food and other supplies.

When his first campaign failed, Bolivar returned to Haiti for more help, this time receiving training for his men as well as Haitian soldiers. Petion asked for nothing in return except a commitment from Bolivar to free the slaves in the countries he liberated.

In the second campaign, Bolivar was victorious in liberating Venezuela (his birthplace), Gran Colombia, Panama, Peru, Colombia and Ecuador. He also established the new nation of Bolivia. Very significant as well is the fact that African enslavement was also ended in all the territories which Bolivar liberated. Bolivar is quoted as saying, “Let future generations know that Alexandre Petion is the true liberator of my country.” Such is the magnitude of the Haitian contribution to African liberation and the advancement of the cause of humanity.

People unload humanitarian aid from a US Army helicopter at the airport in Les Cayes, Haiti, on August 22 – AP Photo

Yet today’s Haiti is one of the poorest nations in the world. The question is “why?” What is often hidden, or ignored, is that in 1825 several French war boats entered the Haitian capital with a demand from France for Reparations for the loss of its colony and slaves due to the Haitian Revolution. France demanded 150 million francs as payment. Faced with French gunboats in its capital, President Boyer signed an agreement for Haiti to pay France. It is a burden that Haiti carried for 122 years (1825 to 1947). With the inclusion of interest, Haiti actually paid twice the original sum demanded by France (valued in excess of US $40 billion). In those 122 years, Haiti, which had been the jewel in the French crown, was reduced to being the poorest country on earth.

Additionally, in 2003 when President Aristide began to make diplomatic and legal moves to recover the $21 Billion (what Haiti paid France less interest), he was overthrown and seized and flown out of his country by the US military. The successive government cancelled all initiatives to retrieve the money, calling it foolishness.

The Haitian people continue to cry out for justice and we owe it to our own Emancipation and ancestors to raise our minds, hearts and voices for Haiti and justice in this defining hour. 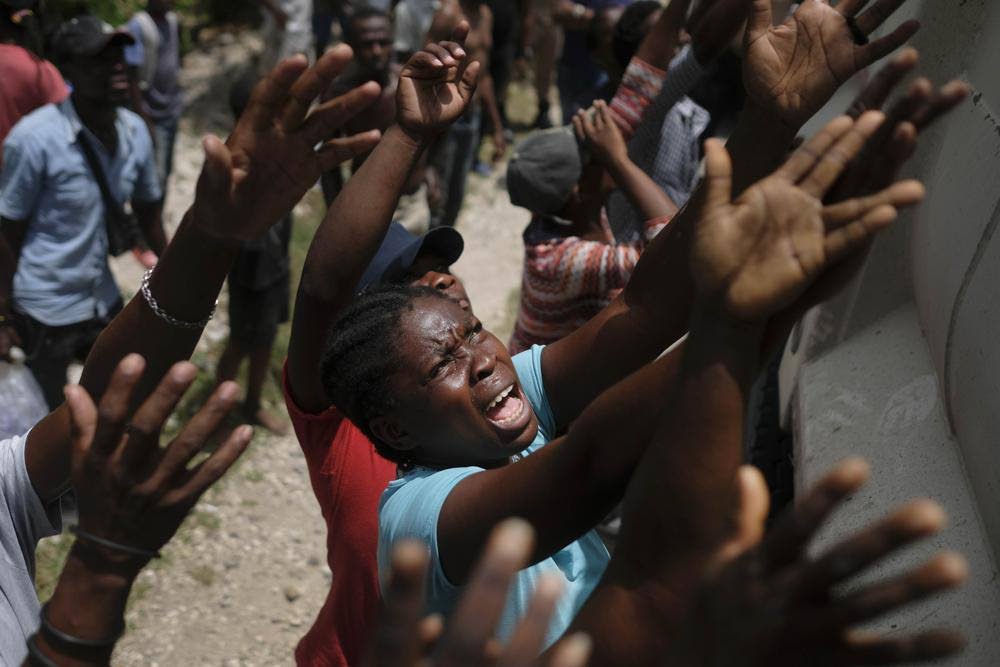 How to Reduce Racial Disparities in Smoking Deaths