Biden’s Declining Approval Rating Is Not Just About Afghanistan

by Admin5
in COVID-19
Reading Time: 6 mins read
A A
466
SHARES
1.8k
VIEWS
Share on FacebookShare on Twitter

In the past few weeks, President Biden’s job approval rating has dropped precipitously while his disapproval rating has risen sharply amid concerns surrounding the delta variant of the coronavirus, the associated economic fallout from the pandemic and the ongoing withdrawal of American troops from Afghanistan.

In an era of deep political polarization where we rarely see big shifts in public opinion of presidents, this counts as a pretty big swing.

There seem to be two separate events driving this rapid decline. First, Biden’s approval rating fell 2.5 points from July 26 to Aug. 5 as the delta variant surged. This slide is reflected in Biden’s overall handling of COVID-19, too. His approval rating on that issue fell about 3 points, from about 60 percent to 57 percent, after hovering in the low 60s for much of his presidency. And it’s continued to tick down from there:

Then things fell apart in Afghanistan just weeks before the last remaining U.S. troops were scheduled to leave the country. On Aug. 15, the U.S.-backed government completed its collapse and the Taliban fully returned to power after being pushed out by U.S.-led military forces in 2001 following the 9/11 terrorist attacks. Initially, Americans overwhelmingly supported Biden’s decision in April to withdraw the remaining U.S. military forces from the country. Even now, there are more in favor of leaving than staying, but most Americans think Biden has handled the withdrawal poorly. Last weekend, a CBS News/YouGov survey found that about 3 in 4 Americans felt the withdrawal was going “very” or “somewhat badly,” while a USA Today/Suffolk University poll released on Tuesday found that 62 percent disapproved of how the Biden administration has handled the withdrawal.

It’s unclear whether the circumstances in Afghanistan are entirely responsible for the roughly 3-point decline in Biden’s approval rating since Aug. 5, given the continued prevalence of the delta variant in the U.S. Moreover, as I wrote earlier in August, some of Biden’s dip in approval could be related to growing economic concerns and a souring among some independent voters. That said, there’s no question that at least part of Biden’s decline in approval has been fueled by what’s happened in Afghanistan. And it could fall even more. A pair of suicide bombers killed at least 60 Afghans and 12 American troops outside the Kabul airport yesterday, an attack that ISIS-K claimed responsibility for and which could further sour American public opinion on Biden’s handling of the withdrawal.

As such, Biden’s approval rating might not bounce back just yet given how volatile the situation is in Afghanistan, but at the same time there is reason to believe it eventually will. That’s because polls conducted amid a high-profile event often show large shifts in opinion that then fade over time. We’ve also seen some reversion to the mean for recent presidents’ approval ratings after their ratings fell. Early in his presidency, Donald Trump fired then-FBI Director James Comey amid ongoing investigations of his administration for Russian interference in the 2016 election and then revealed classified intel to Russian officials in a meeting at the White House the next day. In the aftermath of these events, Trump’s approval rating fell from about 42 percent on May 9 to 38 percent in early June. But his approval rating then inched back up to around 40 percent later that month.

At this point, though, Biden’s approval rating might fall a bit further before it reverts to any sort of mean. This is in part because the final withdrawal of American troops is set for next week, and that could go awry given how precarious the situation is in Afghanistan. Moreover, the delta variant and corresponding economic concerns aren’t necessarily going away anytime soon. An early August survey by Gallup found that just 23 percent of Americans were satisfied with the way things were going in the United States, down from 36 percent in May. Meanwhile, Gallup also found that Americans once again view COVID-19 as the country’s most important problem after concerns had dipped in the spring and early summer. And as our presidential approval tracker of Biden’s response to the coronavirus shows, just 53 percent of Americans now approve of his handling of the pandemic. What happens next in Afghanistan will be important for Biden’s approval rating, but equally important is whether Biden is able to navigate the other challenges facing him. 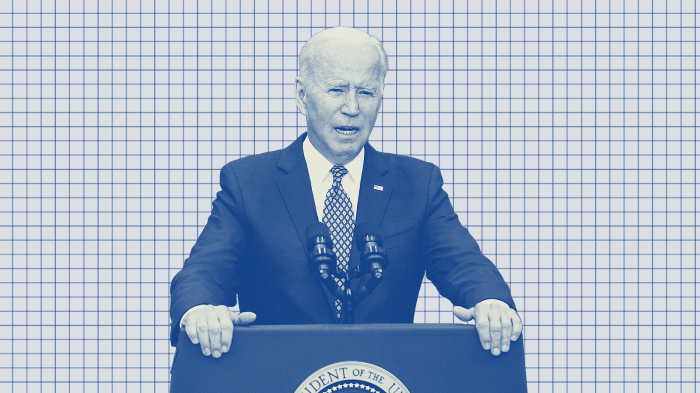 Does delta cause more severe COVID-19? Here’s what we know — and don’t

The First Treacherous Moment of the Biden Presidency Has Arrived

The First Treacherous Moment of the Biden Presidency Has Arrived