by Alejandro Ramage
in COVID-19
Reading Time: 2 mins read
A A
465
SHARES
1.8k
VIEWS
Share on FacebookShare on Twitter
ADVERTISEMENT

Residents queue for vaccination in Marikina City, suburban Manila on Aug 6, 2021, as authorities imposed another lockdown to slow the spread of the hyper-contagious Delta variant and ease pressure on hospitals while trying to avoid crushing economic activity. (AFP file photo)

MANILA: The Philippines health ministry reported a record 18,332 Covid-19 infections on Monday and for the first time acknowledged community transmission of the highly contagious Delta variant of the virus in its capital region.

The region, an urban sprawl containing the capital, Manila, and 16 cities home to more than 13 million people, had been subject to strict lockdown measures which were relaxed for 10 days from Aug 21 to allow more businesses to operate.

“Widespread lockdown or restrictions are no longer effective in the country,” health ministry spokesperson Maria Rosario Vergeire told a regular news conference on Monday. “It would be more effective if restrictions were loosened a bit and if lockdowns were more targeted.”

Large numbers of Delta variant cases for which the source could not be traced had been detected in the capital region and nearby provinces, the health ministry said in a separate statement.

Authorities have for several weeks attributed the current rise in cases to the Delta variant, but genome sequencing capacity in the Philippines is limited, with only a few thousand samples processed weekly.

On Monday, the country’s genome centre said it had detected an additional 466 Delta variant cases, bringing the number of people confirmed to be carrying the variant to 1,273.

The Philippines has recorded a total of 1.86 million Covid-19 cases, the statement said, a fifth of which were detected over the last 40 days. Nearly 32,000 people in the Philippines have died with Covid-19, according to official data.

The number of active cases in the country increased to a four-month high of 130,350, the statement added. Of those recently tested, one in four tested positive, it said. 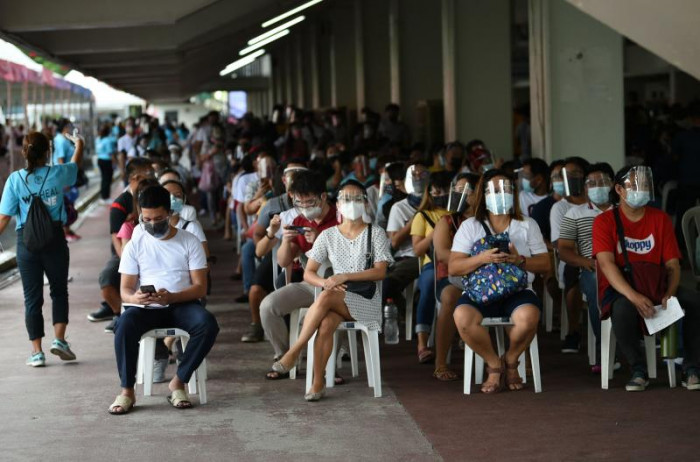